On this Memorial Day weekend, my husband, The Gryphon, spent a little time with friends and a lot of time on personal projects. 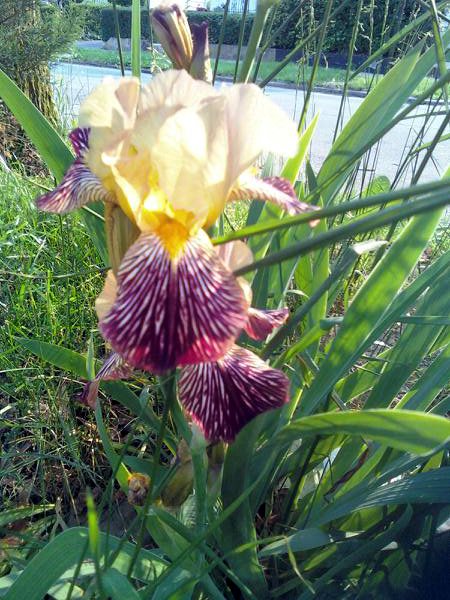 Saturday morning, we had arranged to meet friends to catch a matinee showing of the new Terminator movie, Terminator Salvation, so I spent the morning working on Otakon Press Relations stuff: registering members of press, asking questions of various members of staff about logistical questions, and communicating with the head of Guest Relations, The Godfather, about some upcoming press releases (stay tuned!).

I actually managed to finish all the pressing Otakon business before we left for the movie, so I could enjoy it without worry.

We met at the Regal Cinema in Conshohocken, and considering it was Memorial Day weekend, the theater was only about half full. We'd bought our tickets ahead of time, just in case.

Afterwards, we all agreed that the movie was more or less what we'd been expecting: lots of explosions and special effects, with even more robots and impressive, futuristic technology than in previous installments of the series. There were also some nice linkages to previous movies and even to the TV show: this John Connor, for example, is adept at hacking computer systems, which he often does with a handheld, touch screen device that we jokingly referred to as "the new, improved iPhone." Since it's been previously established in other films that he has those skills, it's easier to believe that he can accomplish the things he does.

Christian Bale did a decent job of playing John Connor: who has now grown into a man who has learned to accept his destiny. More than that, he understands the importance of staying strong and finding a way out of any situation. And he no longer questions the fact that this might involve personal sacrifices. Even though there's no direct reference to the just-cancelled series (curse you, FOX!) The Sarah Connor Chronicles, I felt that we started to see John Connor coming to terms with his destiny in those episodes, and this film feels like a natural progression.

My favorite new character was Moon Bloodgood as Blair Williams, a resistance fighter who is tough but caring. I also loved Sam Worthington as Marcus Wright, whose true nature has been revealed to some degree in the trailers but whose complete story, as unraveled in the film, is nonetheless compelling.

Truly, for a movie like this to be enjoyable, you have to suspend your disbelief. You have to go along for the ride. And while there were still a few things, especially related to the ending, that had us geeks channeling our inner Vulcan --"That's not logical, Captain!" -- I felt that it was true to the spirit of the original movies. That's what we expected; that's what we got. Plus, plenty of surprises (including some sometimes subtle, sometimes overt links back to the original movies) and eye candy along the way.

In between working on other personal projects, such as catching up on Wild Violet e-mail, I also watched two other films: Patton, which is part of my Oscar series and which I'll discuss in more detail tomorrow (if all goes as planned), and Anne of the Thousand Days, which had been recommended to me after I watched A Man for All Seasons, which followed Sir Thomas More in his final days before he was executed by Henry VIII for failing to sign a document approving of the king as the head of the Church of England.

My friend, The Green Man, had told me that I was likely to find Anne of the Thousand Days to be much easier to follow than A Man for All Seasons. This film tells the story from Henry VIII's point of view and shows how his obsession with producing a male heir leads him to violate multiple social mores, including breaking the county of England away from the Catholic Church.

Richard Burton (who was 44 at the time), is both blustery and charismatic as Henry VIII, a man who holds a nation in his hand and yet cannot control the will of one woman. He shows us a wealth of emotions: at times commanding, at other times, particularly when he's alone with Anne Boleyn, desperate and needy. Genevieve Bujold, who was 27 at the time but looked far younger, also shows a range of sides: from calculating to fearful.

I'm not sure how historically accurate the film is, but it does show some possible behind-the-scenes discussions. Since this movie shows us Anne Boleyn, you could probably start with this film, then watch the two movies starring Cate Blanchett as Queen Elizabeth I. They would dovetail nicely together.

The attention to detail was remarkable: with period costumes, plenty of location shooting at actual castles, and attention to detail with the sets and props. Unfortunately, the DVD I watched did not contain any information about the making of the film, which I would have loved to see.

I think that history buffs will love this film, but because the story is so easy to follow, it is likely to appeal to others, as well.

On Sunday, The Gryphon did many nice things for me: fixing some things on my computer, helping me shop for and then install a new air conditioner in my office, and even cooking me a delicious dinner. He rocks!

I also took a walk Sunday with my doggie and got some pics on my camera phone. 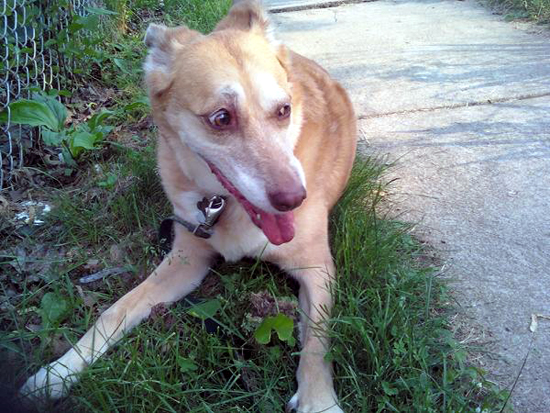 Una gets ridiculously happy when we take walks, as this picture shows.
(Faster-loading version) 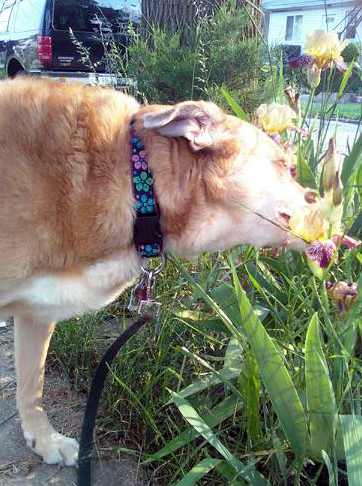 In this picture, it looks like Una is blissfully sniffing an iris. She is actually, however, blissfully eating the long grass next to the iris.
(Faster-loading version) 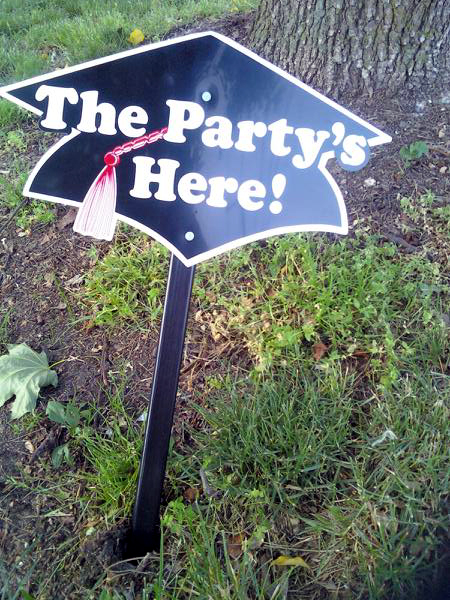 This sign was outside the municipal hall,
reading "The Party's Here!" Must be a quiet party!
(Faster-loading version)

Moral:
How you view something depends on what you're expecting.