Sunday, I was still at my parents, but The Gryphon had to head home in order to make it to work on Monday. Since I had my annual eye exam Monday morning, with a Central Pennsylvania doctor, I had to stick around.

We had looked at bus schedules and figured out that he could catch the bus to Philly from the local college town. So after spending a morning working on the essays section of Wild Violet, I drove him to the bus stop, where we get him a ticket and had lunch at a nice deli. We killed time, then, browsing shop windows and getting some coffee in a coffee shop.

When his bus came, I gave him a kiss good-bye and made sure he got on it safely. Then I drove back to Dad's place. The plan, arranged with Mom the night before, was to get together to drive to a nearby state park we'd never visited. 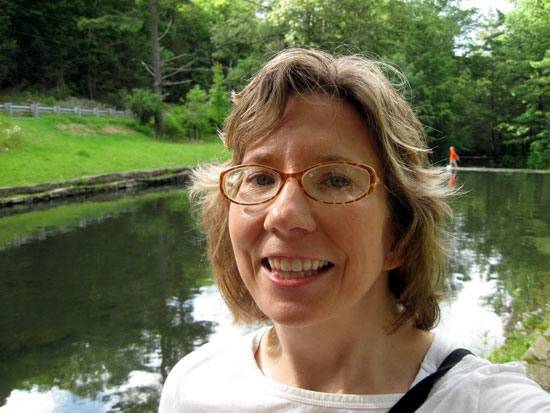 After gathering my doggie, Una, and changing my shoes, we drove over to Mom's place. The plan was to have a little picnic at the park and then walk around, enjoying nature and taking photos. Mom wanted me to take the photos so that she could use them later as the basis for her drawings and paintings.

Dad and I got everyone sandwiches at a Sheetz convenience store, and we followed Mom to the Ravensburg State Park. The weather was still iffy, and we thought we might get rained out, but we were willing to take a shot. Fortunately, though we drove through some showers on the way there, the skies cleared by the time we arrived at the park. We ate in a pavilion near where Mom wanted to take photos.

In addition to the sandwiches and some chips, I shared some dried fruit I'd bought the day before. Una scored almost a quarter of a footlong sandwich, since Mom couldn't finish hers.

Then we walked around, with Mom pointing out things for me to photograph. I took some photos of things that caught my eye, as well. 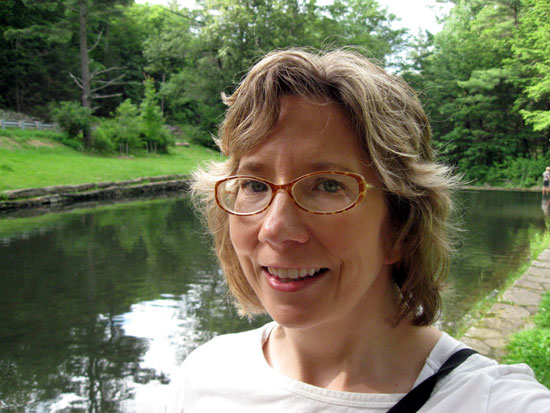 Another self-portrait at the dam
(Faster-loading version) 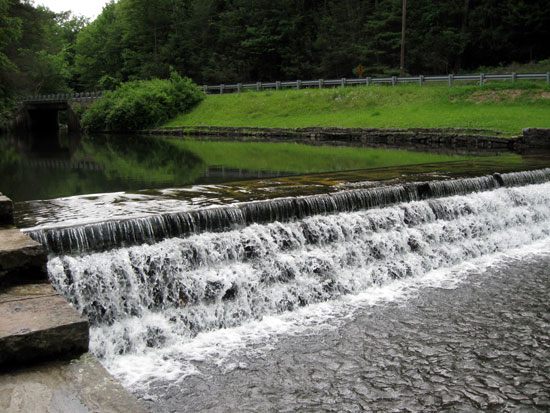 A view of the dam and the reservoir
(Faster-loading version) 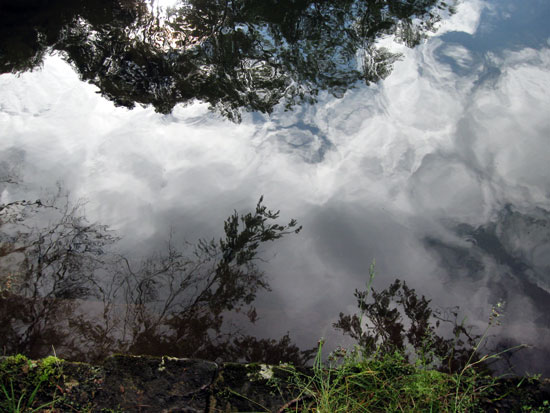 Reflections of trees and sky in the reservoir
(Faster-loading version) 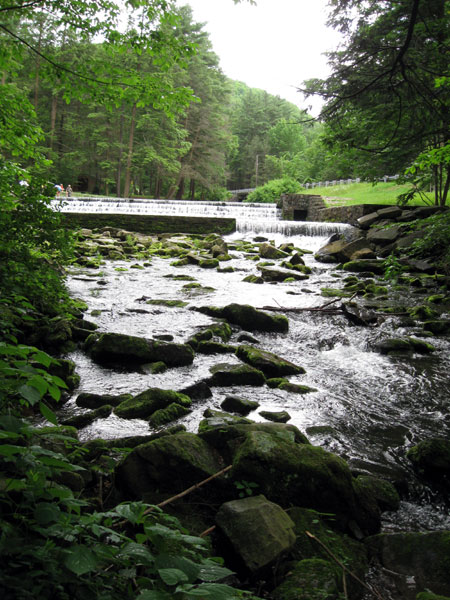 The creek below the dam, filled with moss-covered rocks.
(Faster-loading version) 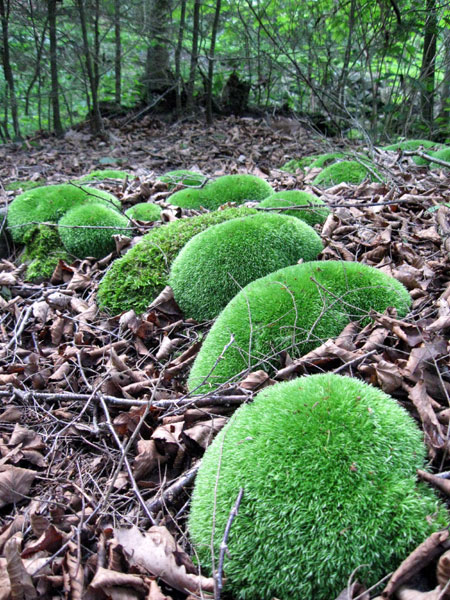 I liked the simple geometric shapes of these rounded, mossy rocks.
(Faster-loading version)

I also recorded a brief video of some kids playing in the reservoir, splashing on the dam. My Mom liked the idea of recording the actual sound of the water, which was very soothing.

Afterwards, we dropped Dad at his place, and I picked up my wedding book, which I'd recently completed at Kodak Gallery, to view at Mom's place. While I was there, I also got a chance to play her upright grand piano, which she finally had tuned so that it was playable again.

That brought back many happy memories, as we sang along to some great songs from the '60s, such as "What the World Needs Now is Love" and "All You Need is Love." The songs came from a Reader's Digest songbook from the '70s that also contains a number of church favorites. You can see it in this photo I took with my cell phone. Nothing like singing old favorites on my Mom's upright grand, which I played from my youngest days and which I consider my own piano, as well. 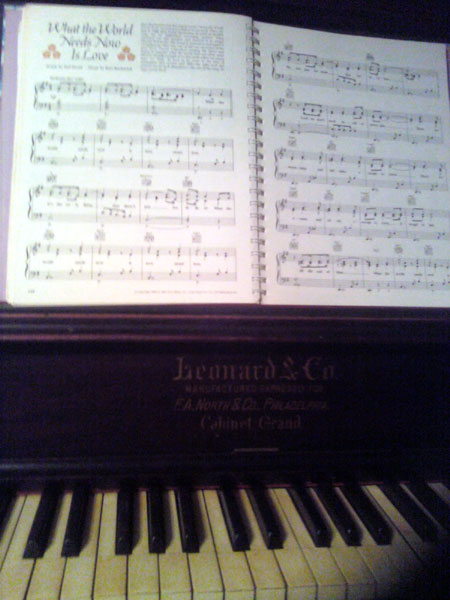 Moral:
If you're lucky, you can squeeze a picnic in amongst the rain drops.