Since I'm going to to be incredibly busy for the next week, I'm counting down to Otakon by sharing some pics from my years on staff. 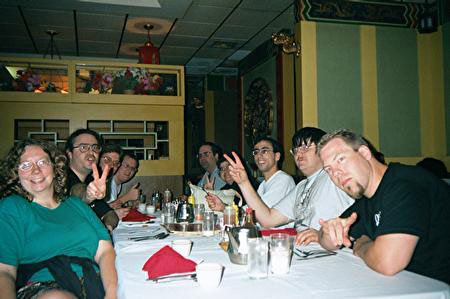 At dinner after helping break down the 2001 convention.
Though I'm sitting next to him here, The Gryphon and I
wouldn't start dating for another two years. 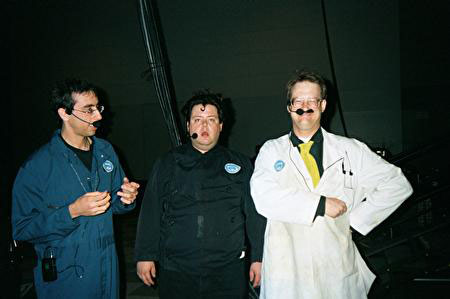 My buddies The Court Wizard, The Mad Hatter and The White Rabbit,
in costume to perform in Mystery Anime Theatre 3000. 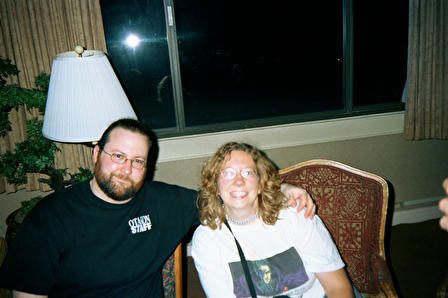 My friend The Cheshire Cat and me
at the Dead Dog party on Sunday night at Otakon 2002. 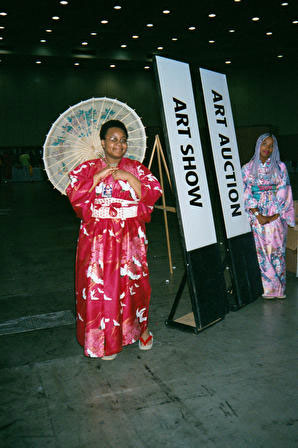 Two of the staffers I worked with in 2002 in the art room.
I was working in Artist Alley for the second year.

Moral:
The more that changes, the more stays the same.