Since I'm going to to be incredibly busy for the next week, I'm counting down to Otakon by sharing some pics from my years on staff. Today, I share pics from 2003. 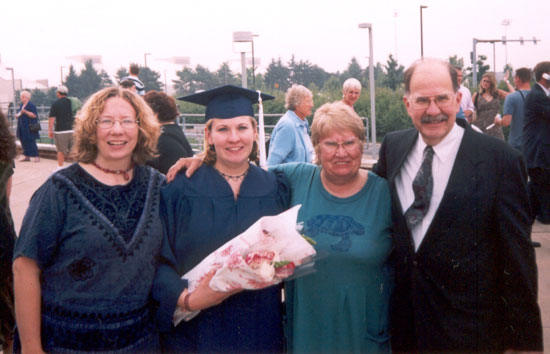 I had to leave in the middle of Otakon 2003
to attend my sister's graduation at Penn State.
I returned afterwards to work in Registration. 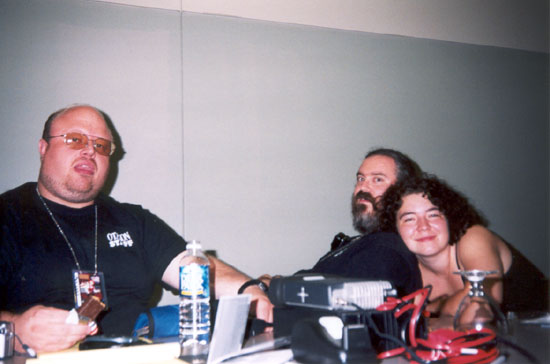 The Gryphon, shown here in full beard, was working in Con Ops
with a friend that year (also shown here). I kept coming in
to talk to her and ended up hitting it off with him.
The Gryphon and I started dating soon afterwards. 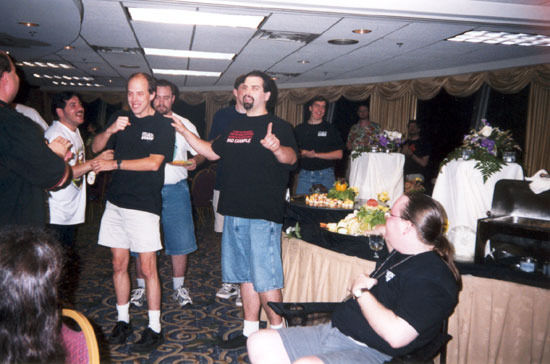 Otakon staffers wind down at the Dead Dog at the end of Otakon 2003.
The Devil's Advocate is second from left (in white), The Martial Artist to his right
and The Dormouse, that year's Con Chair, is seated.

Moral:
Friends can introduce you to very good things!