In a week of air conditioner failure (we have a new one installed but need an electrician to change the outlet before using it) and power failure (this afternoon, right in time to cost me my afternoon assignment and the associated pay), there was at least one bright moment.

Monday morning The Gryphon and I had breakfast in the city. The light that morning struck me as particularly golden, so I took some photos. Here are the best. 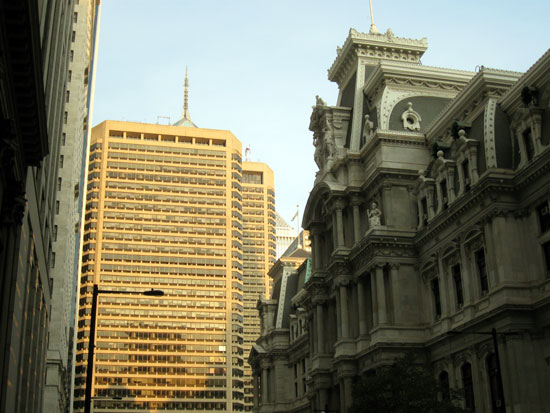 The contrast between City Hall (right)
and a nearby office building,
suffused with gold light, is striking. 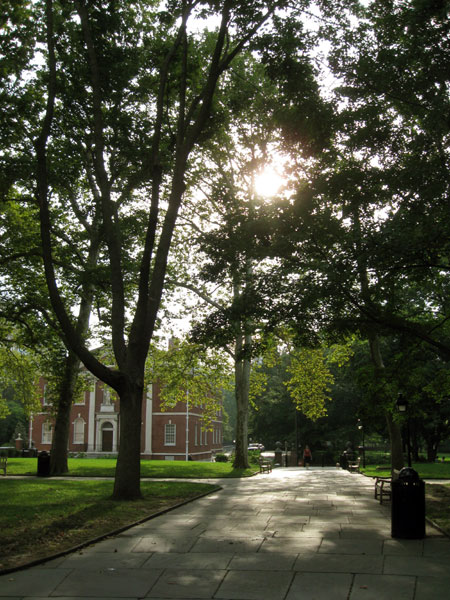 The sun through the trees behind Independence Hall
casts mottled shadows on the sidewalk. 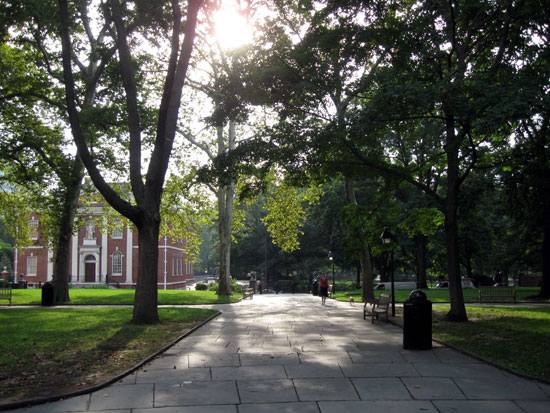 A wider view of the tree-lined park behind Independence Hall. 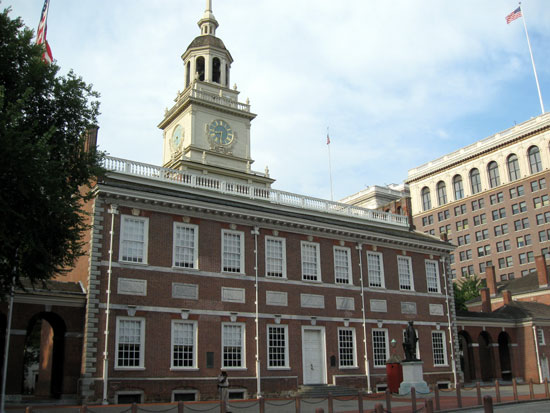 It was a little tricky to get a shot of Independence Hall
without tourists in front, but I found a good angle.