As I mentioned in yesterday's entry, I took some photos with my old Honeywell Pentax at the John Heinz Wildlife Refuge when The Gryphon and I visited it as part of our anniversary celebration this weekend.

Because the battery that powers the light meter was dying, I had trouble figuring out the proper settings for photos. When I dropped off the film at the local CVS, I fully expected that I would get nothing back but a roll of either overexposed or underexposed photos. In fact, I ordered just a photo CD, knowing that I wouldn't want prints of everything.

Imagine my delight to discover that many of the photos were actually quite good. And I couldn't believe my luck to discover that all the photos I really wanted — from the action shots of wildlife to a portrait of The Gryphon — had turned out. And so on this, our actual anniversary, I'd like to share my favorites from the roll. 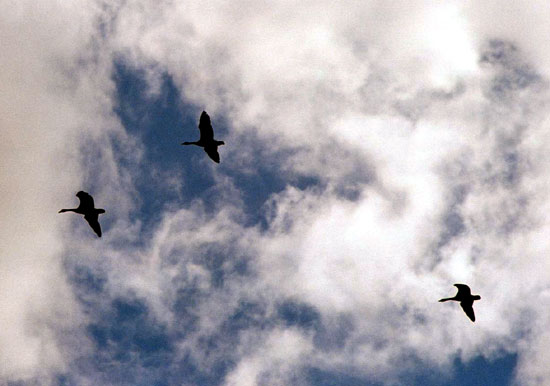 I got several shots of geese in flight. I like this one
because they're silhouetted against the clouds. 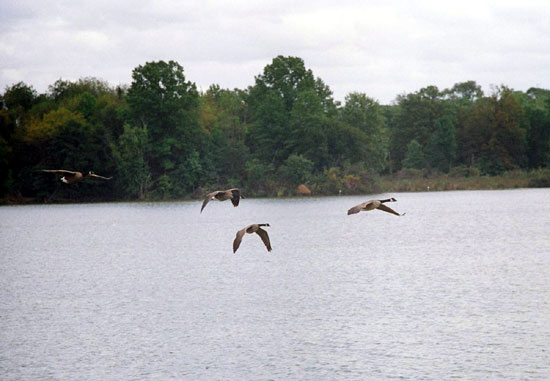 I caught these geese just as they took off from the Impoundment.
In this one, you can see details of their coloring. 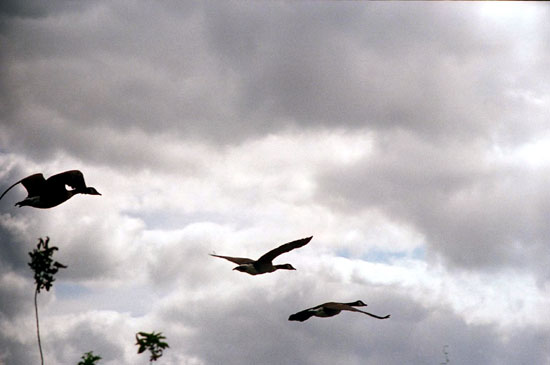 Another silhouetted shot of geese against the clouds.
Since this is from the side, you get a good view of their shape. 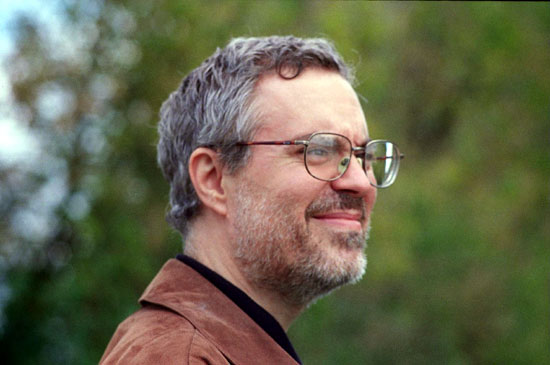 I love this portrait of The Gryphon, looking across the lake.
He is one good-looking guy! 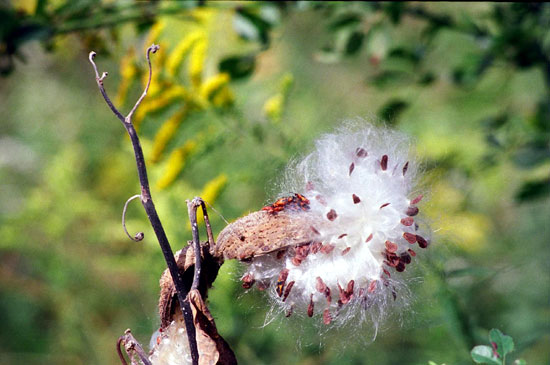 These red beetles (on the pod portion of the plant,
not the fluff — those are seeds) were all over the milkweed.
The Gryphon says they're milkweed beetles. Makes sense.

Moral:
Like my marriage, I often find joy and beauty in life when I least expect it.