I've been getting a lot of reading done lately, sitting in as many waiting rooms as I have. Within the last two weeks, I had an ultrasound, a tooth cleaning, a hair appointment, and now my second trip to the garage with my car in a week. 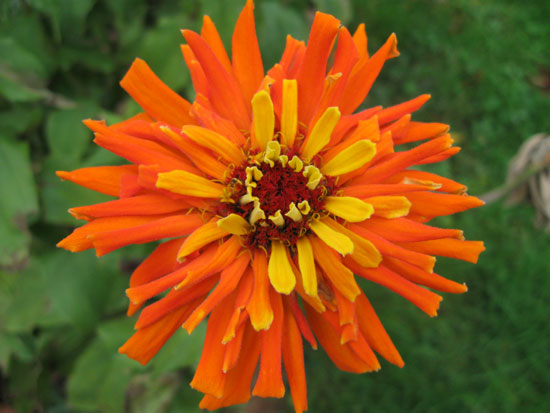 Last week I took it in for the annual inspection and an oil change. On Saturday, we noticed the engine was running hot. So I took it in this morning, where multiple tests and evaluations later, they told me it was a bad blower resister and a bad connector, which caused the fan to only work on high speed, not low.

I guess that's why it was primarily overheating when the car was idling, not while it was moving.

When the waiting time spread out into hours, I was glad that I had brought along the manuscript my brother's wife sent me a while ago, which I've been meaning to read. I had printed it out this morning, knowing that I was unlikely to read it as a PDF and feeling bad about having put off reading it for so long.

As it turned out, this was fortunate for two reasons. First, SEPTA has gone on strike, and while this was only supposed to affect buses going into the city, not suburban buses, The Gryphon had waited patiently at his bus stop for about 20 minutes before realizing the bus wasn't coming. He walked in as I was finishing up the print job, and I was able to drop him at a station where he could catch the high-speed light rail line for the next stage of his commute.

The second reason it was fortunate was that the book was very engrossing. I got about halfway through it in my time there, and I'm eager to finish reading the rest.

Plus, I got myself pizza on the way home, a treat I haven't had in a long time. So even though my wallet was lighter by about $260 (thanks to parts and labor), it felt like a pretty good morning.

Moral:
Look for the bright side.