My husband, The Gryphon, and I attended Philcon as panelists. Here are the rest of our adventures, starting with a Sunday morning theremin concert. 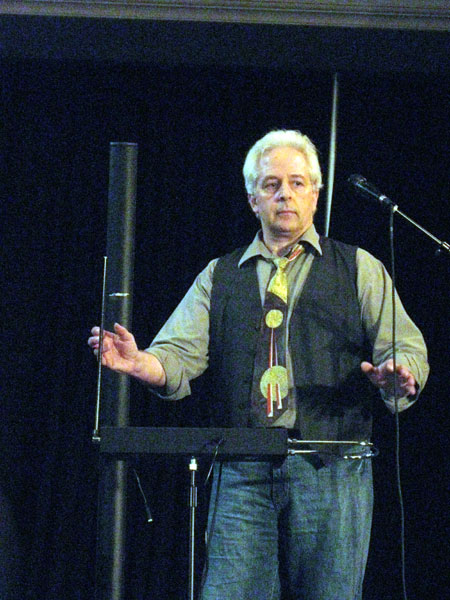 Kip Rosser performs on the theremin. 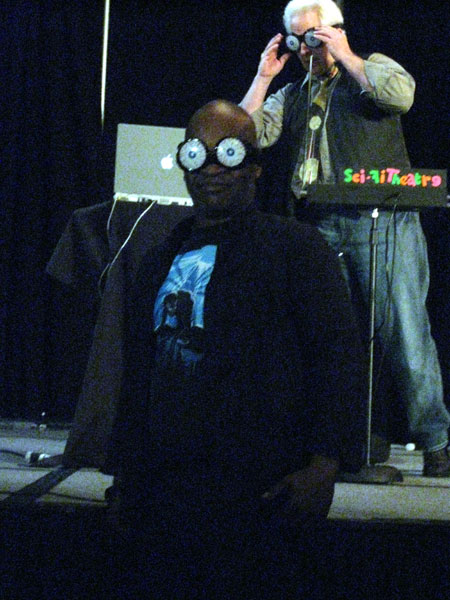 DJ Rock sports some special goggles that Kip Rosser shared with him. 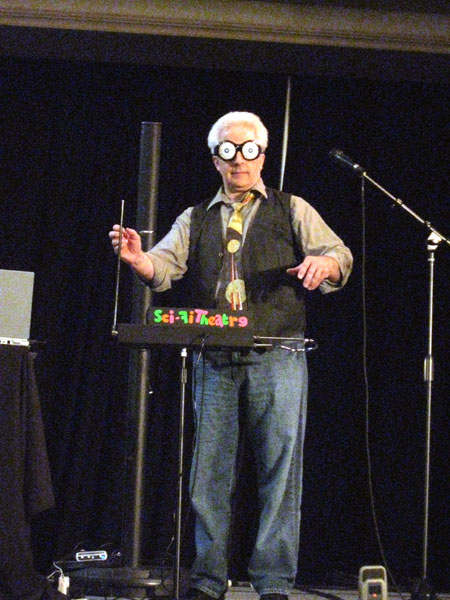 On the Sunday of Philcon, The Gryphon and I slept in a little later than we had the previous day, but we still wanted to get to the convention by about 10 a.m., since there was something we each wanted to attend. Wouldn't you know it, we encountered some blocked-off streets in Center City on the way in, due to a marathon. Fortunately, we were able to hop on 76 and bypass it.

After we arrived, I happened to run into DJ Rock's girlfriend, who told me she was heading for the theremin concert by Kip Rosser, which was also what I wanted to attend. So we walked in together and sat up at the front with DJ Rock.

When we arrived, I believe he was just finishing up his introductions, so I don't think we actually missed much. The first song we heard was "Good Vibrations," which I think was one of his best. I recorded it using my Canon PowerShot A590, and in communications with him afterwards, I got permission to post it online.

As he told us, although the original Beach Boys song sounds like it included a theremin, it actually didn't but used another electronic device that imitated the sound.

Among his other songs were:


Time was running tight, so he didn't get enough time to do as many songs as he would have liked, but when the sound guy was going to cut him off before the finale, DJ Rock, acting as Philcon president, overruled the decision and allowed him to finish. The final piece was a whimsical one involving handheld puppets, using the theremin for Sci Fi sound effects similar to those used in the 40s, 50s and 60s. For this last piece, he also donned special googly glasses and gave an extra pair to DJ Rock to wear, as well.

I'm glad that we got up early enough to make it to the concert, which I truly enjoyed. A little bit later in the day, I spoke to Kip Rosser at his table, where I bought one of his CDs, as well.

Moral:
Everything sounds cool on the theremin.

Recent Posts from This Journal