Have Fun Saving the World

My husband, The Gryphon, and I had a semi-lazy, semi-busy weekend and watched three movies with a common theme: saving the world.

It would be our last free weekend for several weeks. 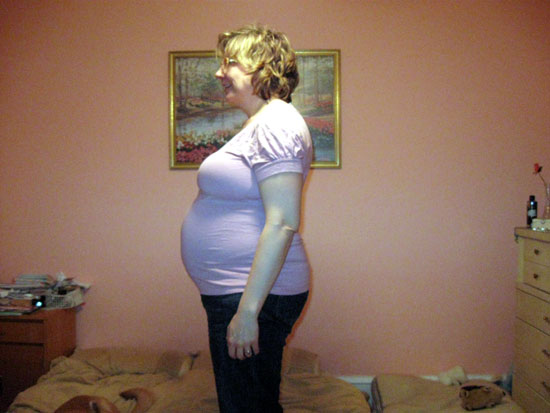 Me on Sunday, at 20 weeks pregnant

On Saturday, I accompanied The Gryphon to his hair appointment in Center City Philadelphia, and afterwards we ate lunch at DiBruno Brothers, which makes some of the best sandwiches on earth. We also brought back some items for The Gryphon to cook us dinner.

When we got home, I took a longish nap and then afterwards tried to get caught up on social networking, such as LiveJournal and Facebook. Guess I'm just too popular, because I'm still behind!

For dinner, The Gryphon cooked us some pork along with the roasted potatoes and chard with onions and basalmic vinegar. All of it was delicious, of course.

We watched two movies Saturday evening. The first was 9, an animated feature directed by Shane Acker, based on his senior short project from the University of Cal Arts. It features the voice talents of Elijah Wood, Christopher Plummer, Martin Landau, John C. Reilly, Crispin Glover, and Jennifer Connelly. This movie should not be confused with the Rob Marshall film Nine, a musical starring a marquee full of stars.

I liked the unique, steampunk visual style of 9, which follows a rag doll, 9 (Wood) who comes to awareness in a post-apocalyptic world that only he can save from further destruction. This is definitely not a children's movie (it's rated PG-13) but should be appropriate for mature preteens.

The storytelling was often very visual, and the character designs striking. A CGI-animated film, it resembles skillful stop-motion animation, in that everything from the characters to the props and sets look like real objects. If you enjoy cutting-edge animation, I'd highly recommend this movie.

A thoughtful approach to the SF film, Sunshine reminded me of a blend of films like Alien and Apollo 11, where a crew is isolated in space, encountering dangerous problems. It also reminded me of some of the more contemplative SF films, such as Stanley Kubrick's 2001. At heart, it's closer to 2001, both because of the striking, meditative visuals and because of the search for meaning behind the crew's mission, as well as their place in the larger universe.

In this film, a team of astronauts and scientists are traveling to the sun with the goal of dropping a bomb that will start a chain reaction to give the dying star a rebirth. Along the way, they encounter a distress signal from the first failed mission to the sun. After they answer that call, the mission changes course drastically as the crew run into a variety of difficulties.

This is not a mainstream popcorn flick, where such a scenario would feel almost campy. The viewer would know that, no matter the difficulties, the crew would accomplish their goal and the main characters arrive home safely. By contrast, the tension on Sunshine is palpable, the result of the mission uncertain until the end.

The special effects and editing add to the impact, as well as other production concerns, such as the use of lighting to show deep contrasts between light and dark.

Sunday, we were more productive. After breakfast at the Llanerch Diner, we ran some errands, chief among them stopping by Babies R Us to add more items to our gift registry. An employee showed us how to use a scanner to zap items and add them to our list, and while we were browsing, she got us set up for their savings card.

This of course, meant making progress towards another New Year's resolution:

* Short-term Goal: Figure out where to create our baby registry and add items.

We went through a list we'd brought, as well as the list they provided, and added about twice as much as we'd added last weekend from home. We still want to do a little more research on some items before adding them, such as asking any parents who used bottles which brand they preferred (we're doing both breast feeding and bottle feeding, so that we can share baby feeding responsibilities). I also want to find out which items beyond the basics parents would recommend adding, especially items we might not think of adding. Any thoughts, please share them!

Before I'm willing to cross off that short-term goal, I'd like to finish adding the items on our list of must-haves. At this point, though, I'd say we're about two-thirds of the way towards completing it.

Since we were hungry when we finished, and I had a craving for Indian food, thanks to

supremegoddess1, The Gryphon consulted his iPhone and found a Indian restaurant in suburban Philly, Saffron Indian Kitchen in Narbeth. There weren't a lot of people in the restaurant, since it was early for dinner, but they were preparing more tables for the dinner hour, so I suppose they're normally much busier.

We were pleased with the food. I started with a January special, the tomato soup (with ginger), to get a little extra Vitamin C (one of the nutrients recommended for pregnant women). Then we split an appetizer of Vegetable Samosas, which helped feed my craving. For my entree, I had the Murg Saag (boneless pieces of chicken breast spiced and cooked with fresh spinach), over basmati rice. It was both spicy and creamy, great comfort food for a rainy, cold day. I even had some left over.

Once home, I called all my family members to get them caught up on current events. Even though I contact a few of them by e-mail, it's nice to hear somebody's voice.

Then I tackled another short-term goal:

* Short-term Goal: Read through all the fine print for Amazon.com's POD services and make certain I want to use them.

After reading through all the fine print, I was satisfied that their services are the best solution for my book of personal essays. My next short-term goal in this category will be:

* Short-term Goal: Obtain written permission from the publications which had previously printed some of the columns I'd like to include in the book. This way, if Amazon.com questions my rights to the material, I can provide documentation.

That goal is halfway accomplished, since I received an e-mail this morning from my former newspaper publisher, granting me permission to use my columns. Now I'm waiting to hear from Comcast, for whom I used to write a column on a now-defunct Web site called InYourTown.com. Hopefully, I can get an answer by the end of the week.

I'm also going to work towards another short-term goal which is not directly related to any of my New Year's resolutions but does further my overarching mission statement, to expand the platforms where I'm published and to receive a greater financial return from my writing.

* Short-term Goal: Make my self-published poetry book, Picturebook of the Martyrs, available through Amazon.com as both a POD and a Kindle book.

Their pricing structure is more favorable to me than CafePress, which I had been using. Also, I can purchase copies for myself at a cheaper price point. This will be great for any readings I arrange of my work this spring and summer.

I hope to get that up in the next couple of weeks, depending on how involved the process turns out to be. It will be good to try out their tools and get a feel for how their system works.

The movie follows a Special Ops team of Jewish-American soldiers bent on seeking vengeance against the Nazis, as well as a Jewish women passing for French, who seeks her own revenge. In it, Tarantino blends the World War II Holocaust movie with elements of both the Western and exploitation films. This keeps the story interesting as well as challenging the viewer to view common tropes in a new way.

What if, the film posits, instead of making a Holocaust movie depicting noble suffering and sacrifice, you made a film about Jewish antiheroes seeking vigilante justice? What if you, further, complicated the traditional view of the western by making the Indians the good guys (Brad Pitt's character is nicknamed The Apache, in part for his tendency of taking German scalps as trophies)? What if you depicted wartime behavior as vile on both sides of the conflict? This film does all this and more.

We had but one technical problem: the yellow subtitles, since they were not outlined, were extremely difficult to read on light backgrounds. While this does imitate the B-movie feel that Tarantino loves, it made some conversations hard to follow. I did somewhat better with the French, since I still remember some of what I learned in college, but with the German conversations, I often had to make do with body language and context.

Overall, though, I can see why my fellow film geeks at

moviebuffs have been praising this film and listing it amongst their favorites from 2009 and even the decade. This truly represents the return of Tarantino to peak form.

Moral:
Meeting small goals isn't as difficult as saving the world, but it still feels good.