This is one of my home-game entries this week for

therealljidol . I am not competing this season but invite you to read the many fine submissions and the home-game entries. There are two topics this week, an Open Topic and "Face to Face." This is my take on Open Topic, which can be about anything. 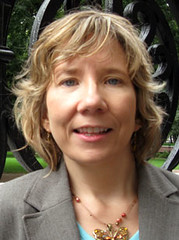 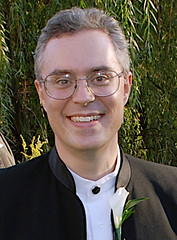 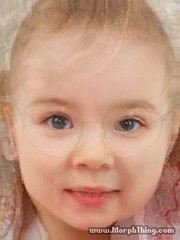 Photos of me and The Gryphon and our baby, according to MorphThing.com

As my due date nears, the reality hits me: I'm expecting a boy. What now?

I want to raise a son who is respectful of others; who views woman as equals; who is masculine but comfortable with his sensitive side.

I want to raise a son who not only tolerates but accepts people of different nationalities, ethnicities, religions, sexual orientations, physical abilities and whatever dimensions make people unique.

I want to raise a son who believes in fairness and honesty.

I want to raise a son who treats animals kindly and values the environment.

I want to raise a son who is intellectually curious: who loves learning, whether about the arts, or science, or pop culture, or history.

Other than these qualities, I don't care what he chooses for his life's path. I don't care if he will be a private accountant, a choreographer or a NASCAR driver, as long as he treats others the way he would like to be treated.

The question is, how do I go about achieving this?

Fortunately, he's got a good male role model in his father, my husband, The Gryphon. Kindhearted and logical, sensitive yet capable of wicked witticisms (which I must admit, first attracted me), The Gryphon is open-minded, flexible, slow to anger, and eager to learn. I imagine that simply being around him will make a good impression on our son.

Likewise, I hope to guide him through my own example, as well. I plan to talk to him about issues as they arise. My parents instilled their values in me, simply by living what they preached. They also let us be ourselves. Though not athletic, I remember my dad attending all my brother's sporting events, cheering him from the sidelines.

Our friends will no doubt provide some favorable adult models, as well. Over the years, many of my close friends have been men, starting with my brother. Therefore, perhaps I understand boys a bit better than if I'd stuck to friends of my own gender. The guys I get along with tend to be much like The Gryphon: thoughtful, funny, creative and led by a strong sense of right and wrong. Since many of those friends are still in my life, I imagine they'll also help to demonstrate the male qualities I wish to teach him.

Growing up, we called my Dad's best friend "uncle." I was inspired by Uncle Squash, a writer making his living from words in the newspaper trade. Since none of his children followed in his footsteps, I think he's proud of me as his honorary niece.

I'm fairly confident that we can provide a good foundation for our son. What I can't predict, however, are the influences he'll face out in the world. In his early days, I can guide him more effectively than from the sidelines, as he meets children whose opinions and attitudes conflict with the things we've taught him. How can I compete? How can I convince a child whose friends are allowed to watch gory movies that such films are not appropriate for a 9-year-old? How can I prevent him from playing violent, sexist video games at a friend's house? How can I protect him from the hate speech he may hear from peers, directed at groups we've taught him to respect? I guess the unsatisfactory answer is that I can't.

My brother and I faced similar experiences from our classmates. We were often mystified by their attitudes: the casual put-downs of others, the racist jokes, the violent tendencies. It was easy, for me, to be tempted by forbidden sugary sweets at a friend's house, or for my brother, I'm sure, to watch a prohibited movie.

Did those experiences change us? Perhaps. In my case, I discovered I didn't always want the things my friends valued. Raised on 100 percent fruit juice and milk, I didn't enjoy the artificially-sweetened, Day-Glo-colored drinks served in a plastic barrel. Similarly, my brother did not become a thug simply from watching forbidden "Dirty Harry" movies.

Realistically, there's going to be a limit to how much I can affect my son's personality and conduct. Some will come from essential character traits. Some will come from the foundation we give him at home. Hopefully, that will give him enough of a grounding to make wise decisions on his own, or at least to come to us and talk about it.