My Weekend in Pics

I would have posted something yesterday, but I spent the day finishing up my iPod playlist for the hospital. This might not have taken so long except that: 1) I have a HUGE amount of music on iTunes, including new songs I downloaded at the recommendation of friends and family; 2) After putting together both "upbeat" and "relaxing" playlists, I double-checked lyrics to weed out anything with negative messages. You'd be surprised how many happy-sounding songs are actually about terrible things!

Anyway, here are just a few pics from this past weekend, when we had a relatively quiet Memorial Day. 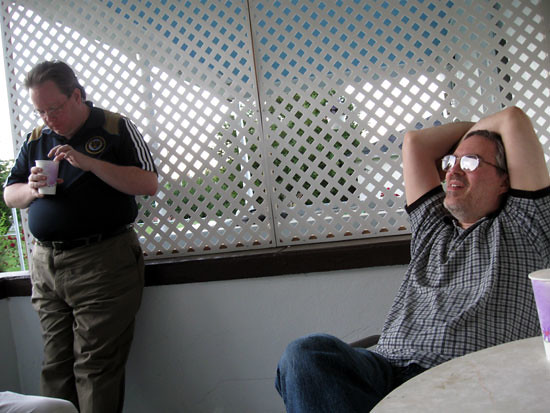 (Faster-loading version)
The Dormouse and The Gryphon on the back porch at The White Rabbit's place.
He hosted a small barbecue on Sunday and Monday, but we only attended Sunday. 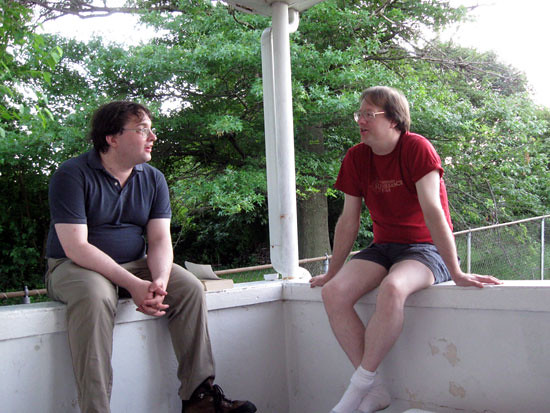 (Faster-loading version)
Batman and The White Rabbit engage in conversation after eating. Other people who attended included The Cheshire Cat, Batman's Roommate, The Con Ops Guru, The Fruit Lady, The Quiet Man, and their daughter. In addition to grilling, we played board games and talked about everything from gaming to news. 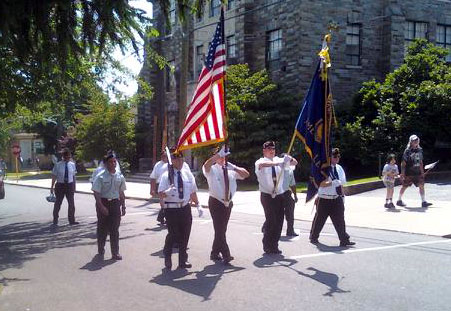 (Faster-loading version)
I happened to come across a very small Memorial Day parade on Monday while walking my dog Una.
A small group of veterans led it with a colorguard. 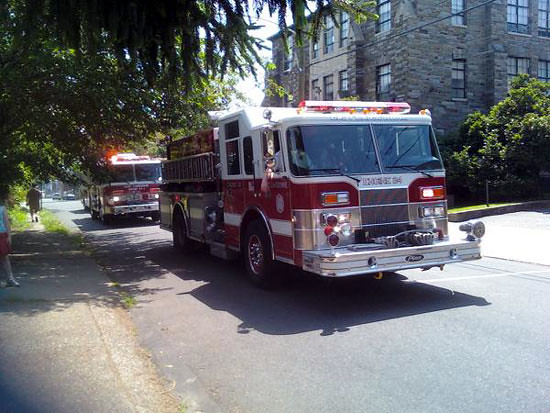 (Faster-loading version)
The rest of the parade consisted of two fire engines and an ambulance unit from the local firehouse. I'm not sure where they went, but several minutes after they passed me, I heard a 21-gun salute somewhere.

Moral:
A relaxing, quiet weekend is perfect when you're nine months' pregnant.