Saturday morning at Otakon I didn't have to get up quite as early, but I did run over to Con Ops in the BCC before heading to Press Ops, in our new spot in the Hilton. 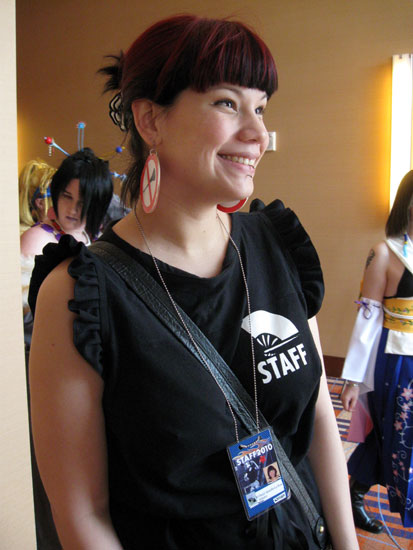 I ran into Oshi of Industry Relations Saturday morning.
Can you believe she had a baby the day before me?

The day began with a press briefing and immediately was consumed with phone calls and errands to track down information for the press, attempt to arrange interviews, and handle various issues and incidents that came up.

My morning was spent in Press Ops, but then I stopped in the BCC to pick up my staff lunch and to eat with my husband, The Gryphon. We found a table in an empty room, and I remarked to him, "Isn't it strange being alone, just the two of us?" That hasn't been the case since I gave birth to our son, Kung Fu Panda, 7 weeks ago.

The trip to the BCC was welcome, because I got to check out some colorful costumes and chat with a few staffers. 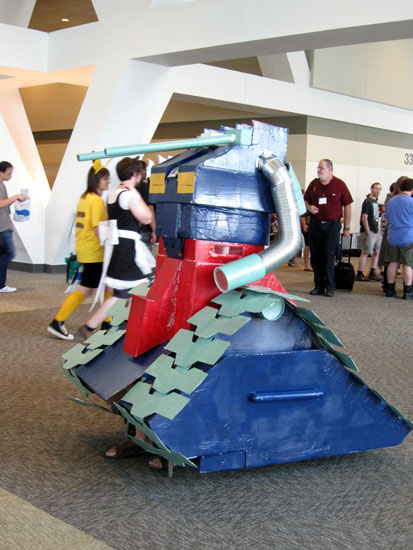 A handicapped cosplayer created this marvelous tank to fit over his wheelchair. 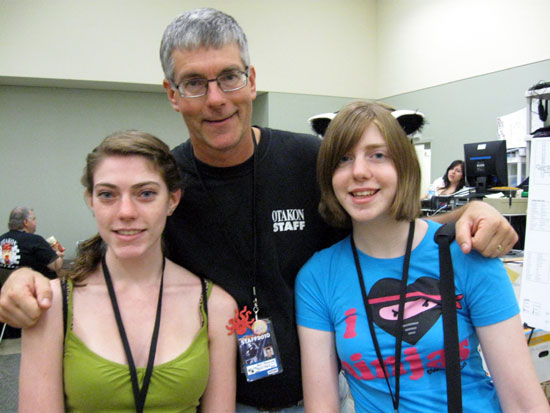 I caught up with The Photographer and his daughters in Con Ops. 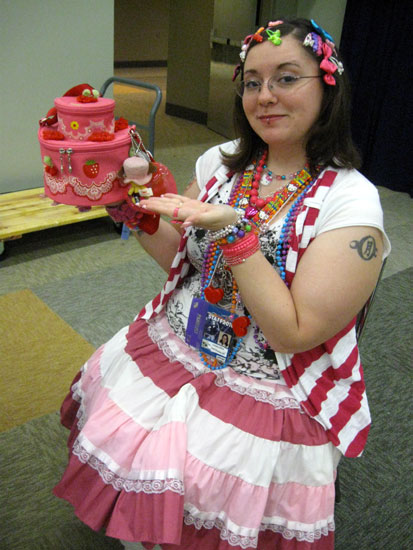 The Hotel Liaison was dressed in a marvelously colorful way,
with lots of pink and red, plastic necklaces, and a fake cake.

Back in Press Ops, it was baby time, as the Rock Chick's friend, a former Otakon staffer, had returned with her 3-1/2-week-old baby girl. She had an adorable smile on her face as the Rock Chick held her. Maybe some day, she and Kung Fu Panda will be friends. 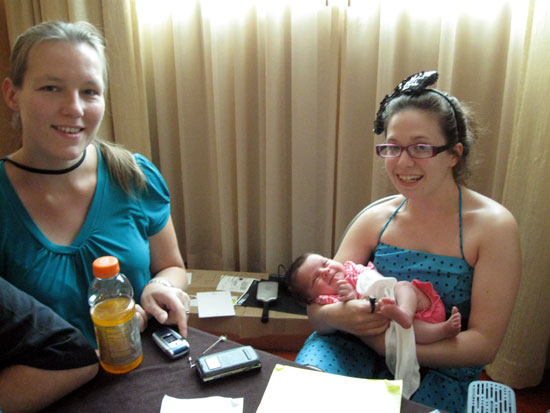 On Saturday afternoon, it was baby time in Press Ops. Here, the Rock Chick
holds the baby of her friend (at left), a former staffer.

I went back to my hotel room to give my sister a break and to make some more phone calls. We were close to finalizing a press conference for some of the more popular voice actors. Sadly, just as this was in the works, a fire alarm sounded and the entire BCC had to be evacuated, affecting thousands of people!

Later, I learned that the building was evacuated within 15 minutes. Everyone was back inside within an hour and a half, but some programming had to be bumped. This presented severe challenges in the Press Relations department, including moving the planned press conference with the voice actors to a less convenient time window. It also meant that several of the press conferences and interviews we had previously planned suddenly were subject to delays or cancellations.

I returned to Press Ops, with Kung Fu Panda, and worked with him either in the stroller or in a baby harness until we had it all straightened out. One of the highlights of the evening was getting to see Amy Howard Wilson, whom I know from Philcon. She came in to do a couple interviews and was very generous with her time. Kung Fu Panda seemed to like her. 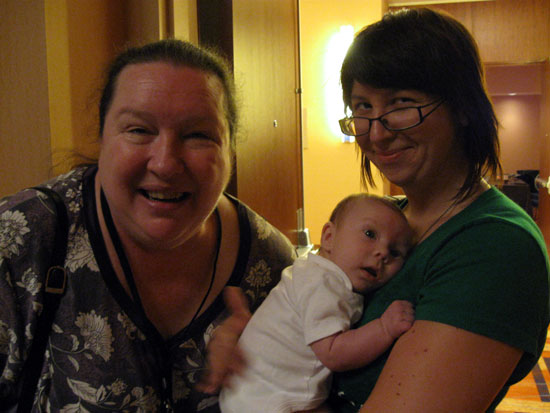 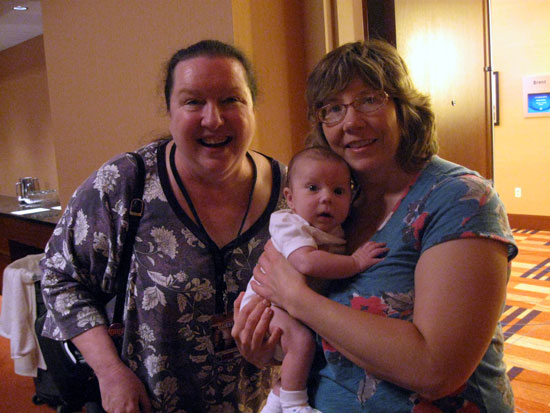 Amy Howard Wilson (no relation) with Kung Fu Panda and I.

In the evening, my sister went to dinner with a mutual friend, The Artist. Before my sister went out, she spent some quality time with her nephew, which made for a terrific photo of them lying on the bed next to each other. 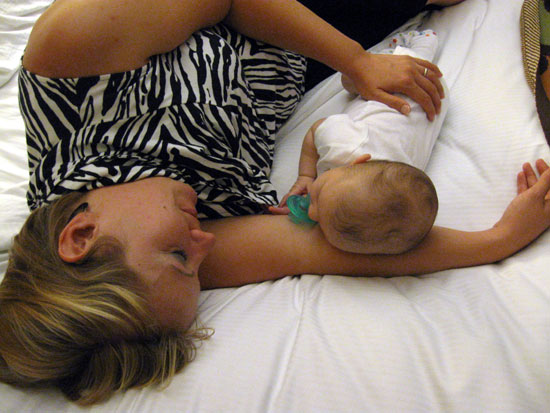 My sister shares a quiet moment with Kung Fu Panda.

I tried to get to sleep a little earlier but ended up staying up late, getting caught up on Press Relations e-mail.

Moral:
One fire alarm can mess up a day for thousands.