On Saturday, we attended the Wrap-Up meeting for Otakon, held at the Radisson Lord Baltimore. Afterward, The Gryphon, Kung Fu Panda and I went to a barbecue at The Godfather's place, held as a thank-you for the Relations staff (including Guest Relations, Industrial Relations and Press Relations).

The meeting room was spacious and luxurious looking. It was also where we'd had our Dead Dog parties in 2008 and 2009. 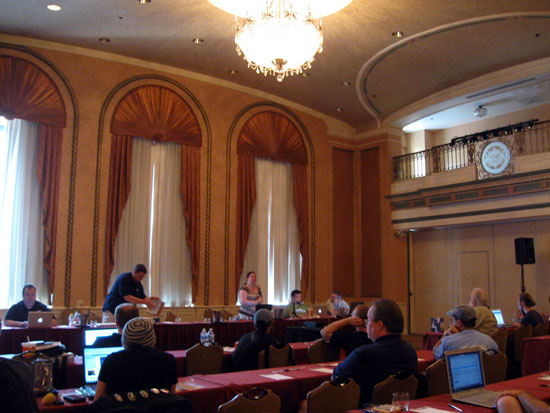 The only problem with the space, for me, was that unlike many of our other meeting rooms, this one did not have comfortable chairs out in the hallway where it would have been possible, with the help of my privacy drape, to nurse KFP. Instead, I sought advice from the front desk. They had a female employee of the coffee shop unlock the employee restroom for me, which had a chair in it but was not the most comfortable (or hygienic) place.

Next time, I went exploring in the hallway. In the empty room at one side of our meeting space, I saw a large, elaborate wedding cake. I avoided that room, figuring someone might come in at any time to do more setup. The empty room at the other side of the meeting space, however, only had a tray in it filled with the leavings of an event, possibly from the night before. It showed no signs of being a place where set-up was about to begin, so I fetched the Boppy and found a comfortable seat on the floor. Kung Fu Panda was sufficiently relaxed in there to fall asleep after eating. When he awoke later, on my lap in the meeting room, he jumped as if surprised. "This isn't where I fell asleep."

I gave the Chief of Staff report on behalf of The Cousin, which seemed doubly appropriate since she and I are often mistaken for each other. In fact, she told me that someone came up to her at the convention and asked, "Didn't you just have a baby?"

After the meeting, we socialized with people for a short while and then made our way to The Godfather's house for his barbecue. It was warm but not oppressively hot. I stayed inside with Kung Fu Panda for a while and let people hold him while I ate. He especially liked The Godfather's mom. 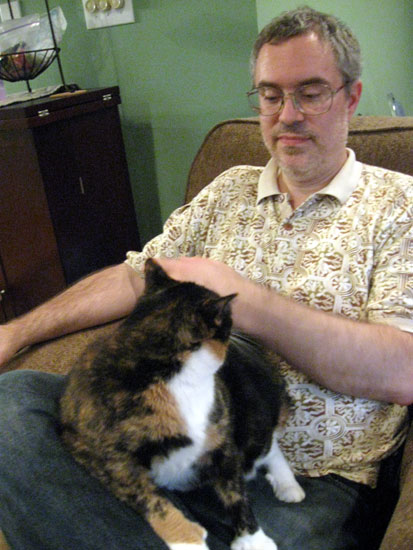 The Godfather's cat stakes a claim on The Gryphon's lap. 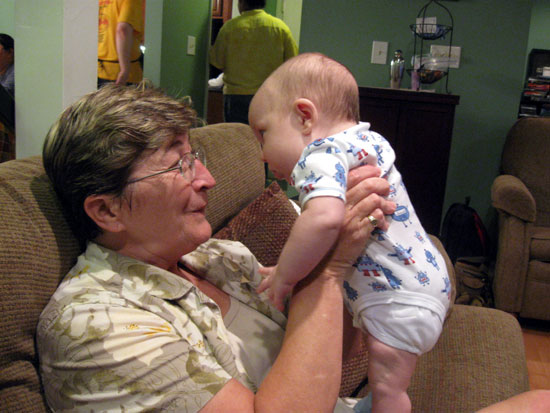 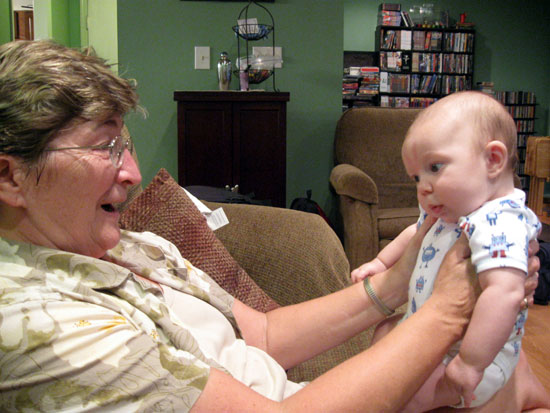 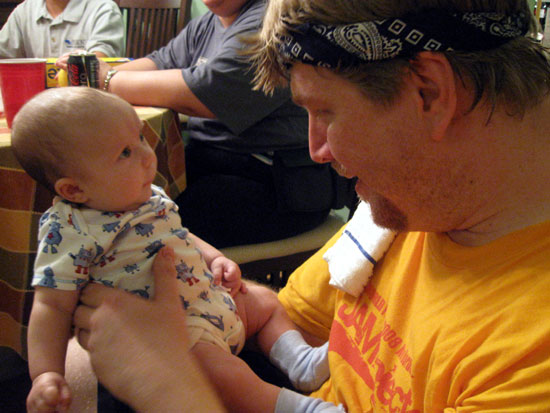 Kung Fu Panda gets some face time with The Godfather. 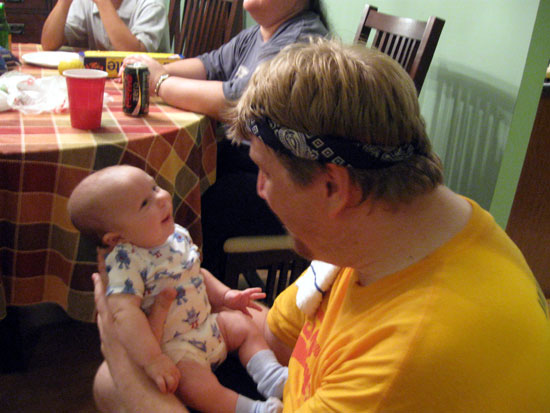 The food was good: delicious hamburgers grilled to perfection, plus a nice salad, various kinds of chips and cookies. I had one beer early in the evening, since we gave KFP a formula bottle while at the party. Drinking any alcohol is a rare treat these days.

When most of the food had been consumed, folks cleared off the table inside for a poker game. 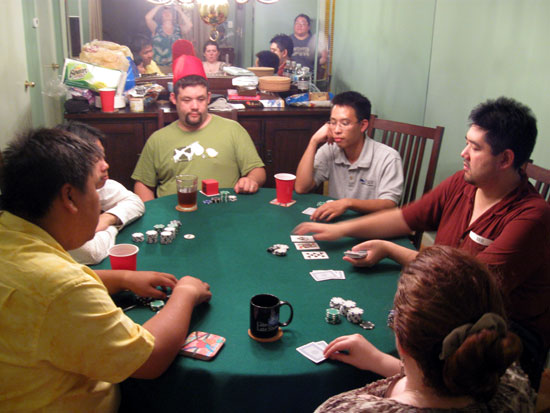 The poker game, including Pac-Man (in yellow), Hellbuny (in the fez),
The News Producer (wearing glasses) and Doc the Stampede (in burgundy).

We might have stayed a little longer except that Kung Fu Panda had a massive diaper that used up the last of our wipes and required an outfit change. That's OK; it was getting late anyway, and we had a long drive home. He was in good spirits after the change, spending some quality time with his daddy until we got things packed up. 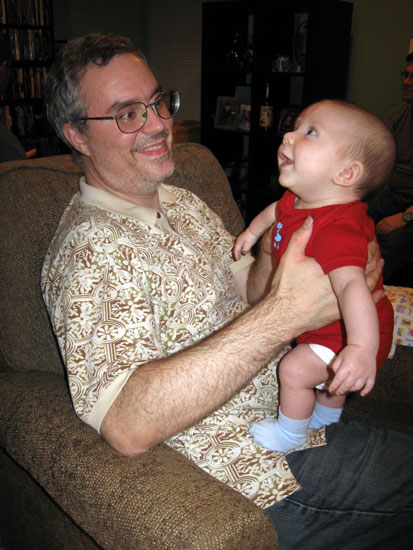 Kung Fu Panda has fun with The Gryphon.

Moral:
Babies know what to do through a long meeting: sleep.