We had a quiet Labor Day Weekend, spending Saturday and Sunday running errands and spending time together, just the three of us -- the Gryphon, Kung Fu Panda and me. We began to fill in KFP's baby book, which asked for a surprising amount of detail. I actually had to get out my planner just to fill in some of the pages.

On Monday, we took a little outing to the John Heinz Wildlife Refuge in Tinicum.

We hadn't been to the wildlife refuge since I was in my first trimester, and it was great to get back there and enjoy the natural world. Sadly, our doggie Una could not join us, because she's having extremely bad seasonal allergies, and we feared the outside air would make it worse. 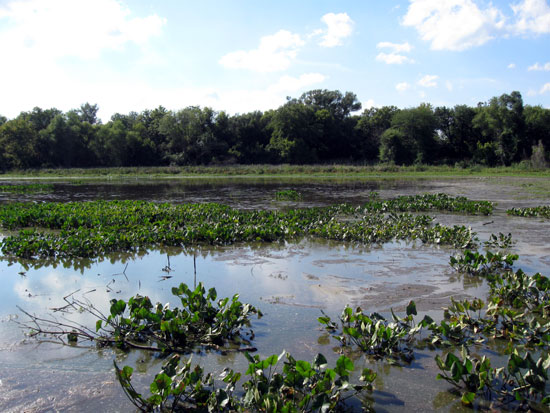 Our first view of the Impoundment, the biggest body of water,
was from an observation deck surrounded by water plants. 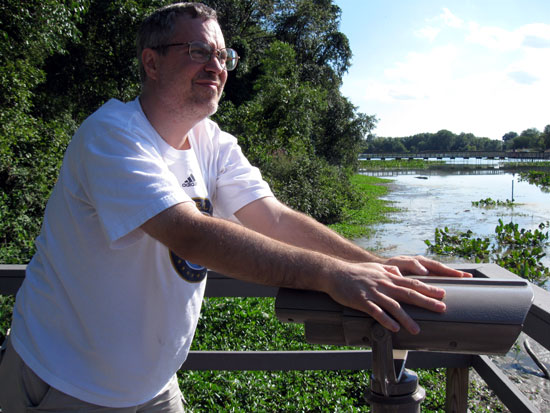 The Gryphon looks across the Impoundment, resting his hands on a set of built-in binoculars. 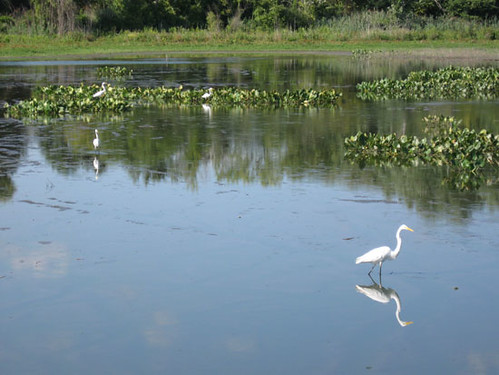 The Great Egrets were not only abundant
but also close enough for me to photograph with my PowerShot! 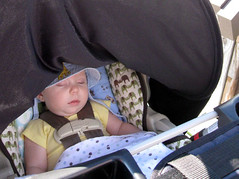 Kung Fu Panda slept through the experience in his stroller, safely out of the sun.
I think he probably enjoyed the smells and sounds, though. 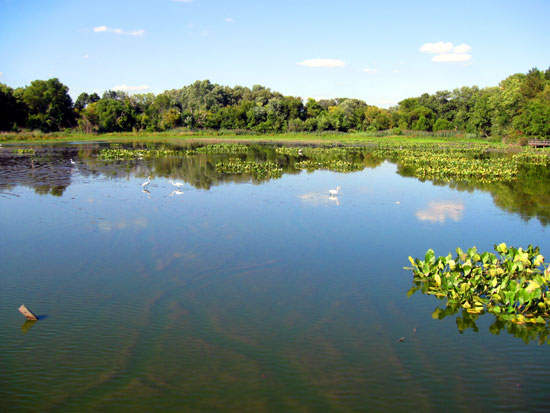 The Impoundment, the biggest body of water at the refuge. 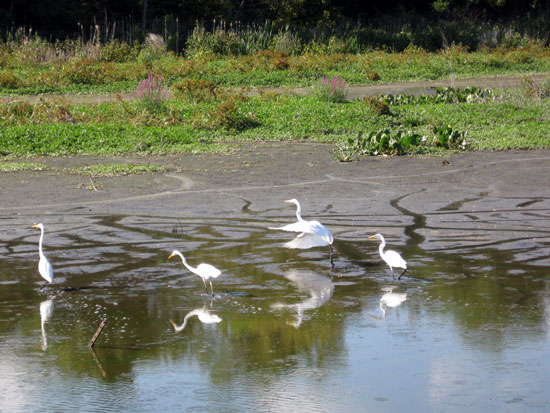 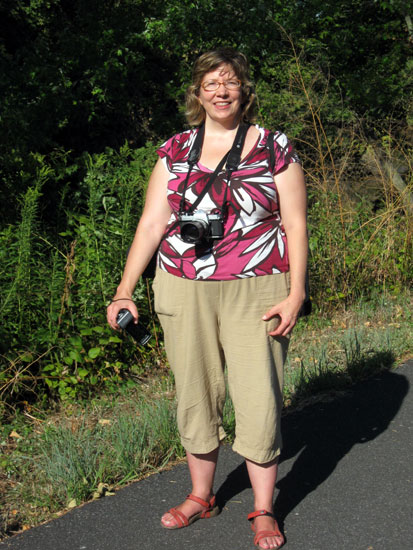 Me with my 1972 Pentax, which malfunctioned again,
eating the film on the fifth frame.
Thank goodness for my digital PowerShot A590! 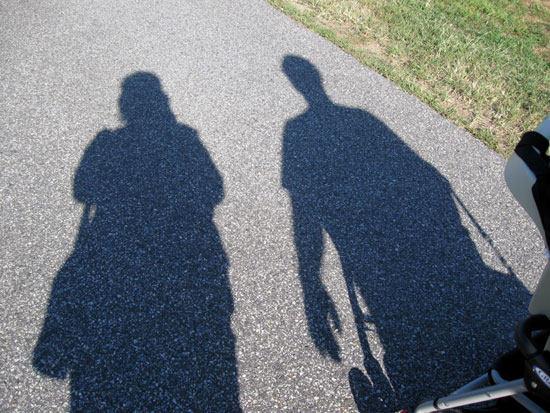 My shadow alongside The Gryphon's, pushing the baby carriage containing our Kung Fu Panda. 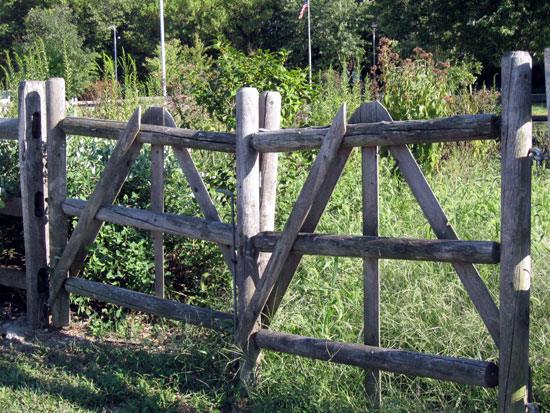 I also took my video camera along and shot some video. First, a Great Egret and another, smaller, shorebird enjoy a feast of bugs and small fish.

Next, a Great Egret eats fish with relish (no, not the kind in a jar!)

On our way back, we spotted a raptor of some kind, which was frightening all the smaller birds, such as sparrows. After some discussion with a bird watcher, we determined it might be an osprey. She thought so because of the "elbows" in its wings when it flaps them.

Finally, a little human "wildlife": some canoers paddling slowly down one of the waterways at the reserve.

I look forward to returning on a regular basis with Kung Fu Panda, so that we can introduce him to all the wonders of the natural world.

Moral:
The music of water, birds and frogs is soothing to a sleeping baby.