Before I begin, let me just announce that Kung Fu Panda watched Sesame Street for the first time today and loved it. He watched a segment where Elmo goes camping, and they learn about words. He seemed greatly amused by the word "canteen."

On Saturday, The Gryphon threw a 40th birthday party for me, with the help of The Cousin and The White Rabbit, who hosted it at his place. The theme? A mad tea party, inspired by Alice in Wonderland, of course.

As is often the case of late, I've got a three-month-old practicing baby calisthenics on my lap, so I'll let the pictures (compiled last night) speak for themselves. I will say I was particularly touched by the fact that several of the guests dressed to match up with the nicknames I've given them in my blog. It's funny: I'm never sure who's reading this, who's paying attention. Apparently, they are. I have such good friends, and I wish we'd had space to invite even more of them, but this party was populated by my oldest friends, dating back to college or earlier. It was a great mix. They're good people. I am so privileged to know them and to be able to share time with them and, sometimes, tell their stories.

There were also several little ones running around: the new generation! Kung Fu Panda was a social butterfly, getting passed around the room and making new friends with everyone.

And now, the pictures, because KFP is starting to get bored. 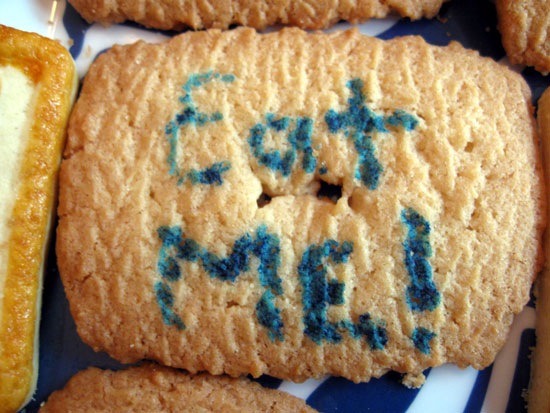 A tray of cookies had been specially decorated for the occasion. This one reads "Eat me." 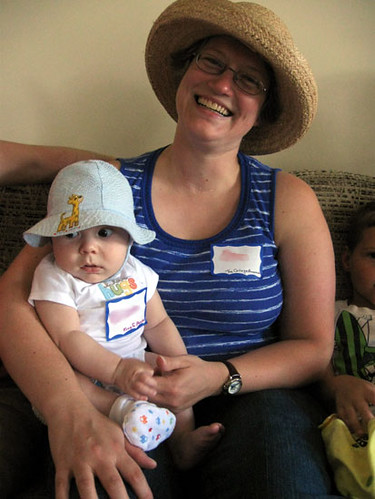 KFP sits on the College Roommate's lap when we first arrive at the party. 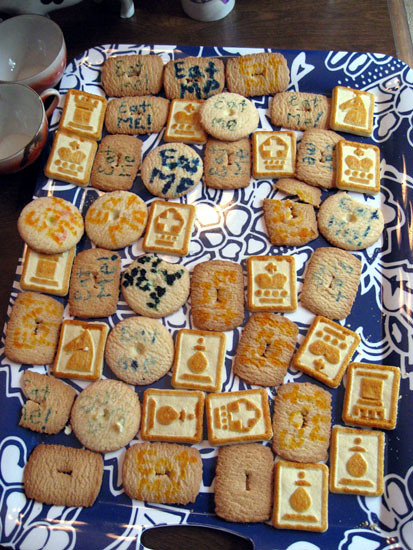 Specially decorated cookies for the occasion: with crowns and the words Eat me.
You can also see tea cups next to the cookies. 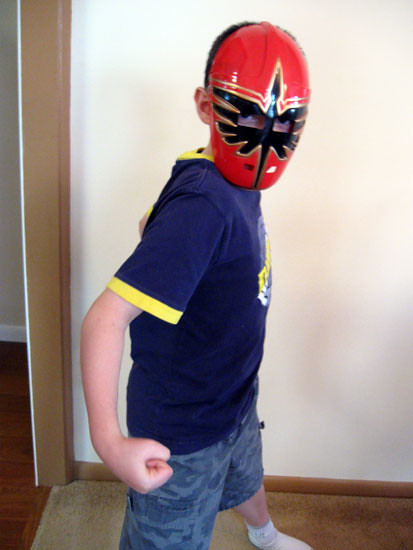 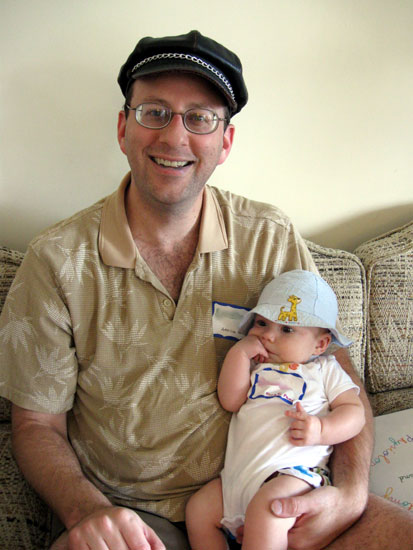 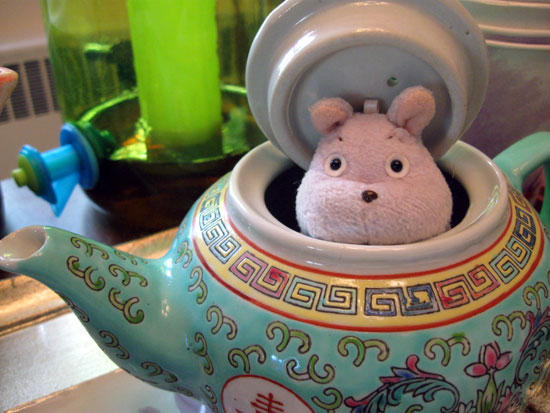 One of the quirkier decorations was a little mouse inside a teapot. Cute! 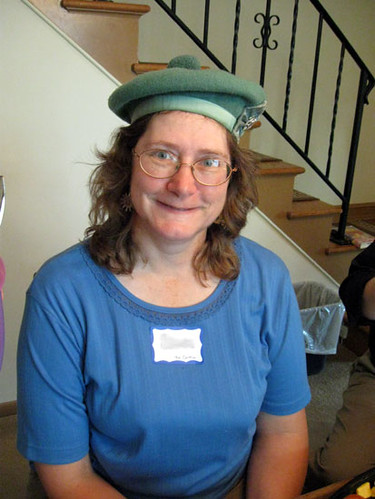 The Cousin in a tam o'shanter with her family crest. 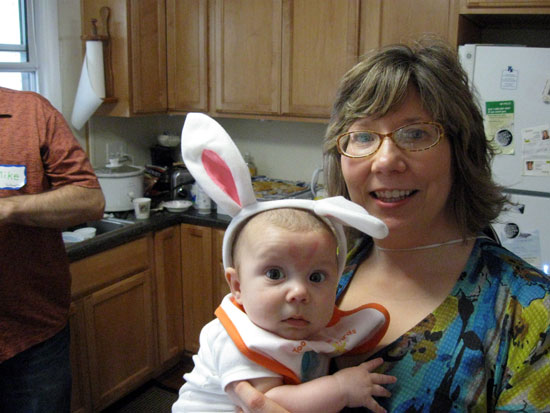 Kung Fu Panda tries on some ears brought by the March Hare. 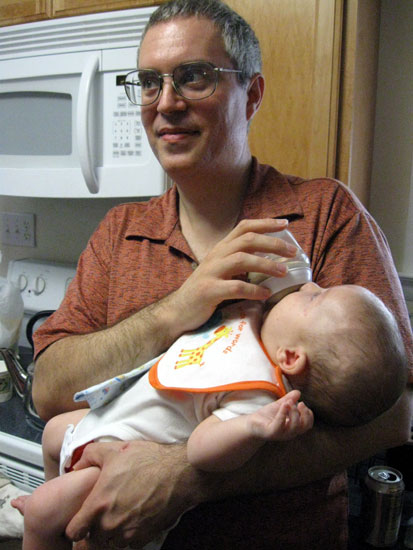 The Gryphon gives KFP a bottle. 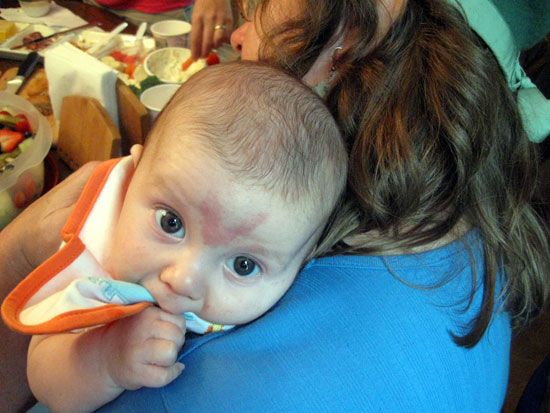 KFP chews on the bib we've been putting on him for the times he gets really drooley. 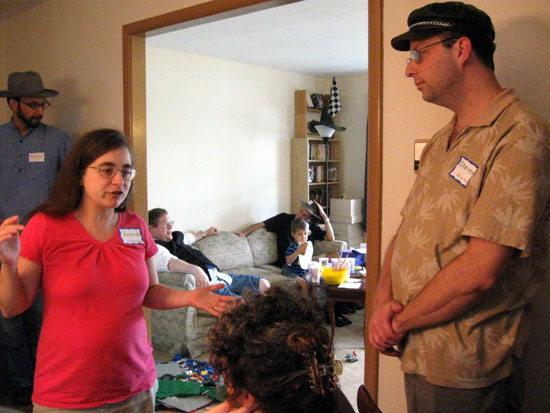 The Book Lover speaks to Attila the Pun and his wife. 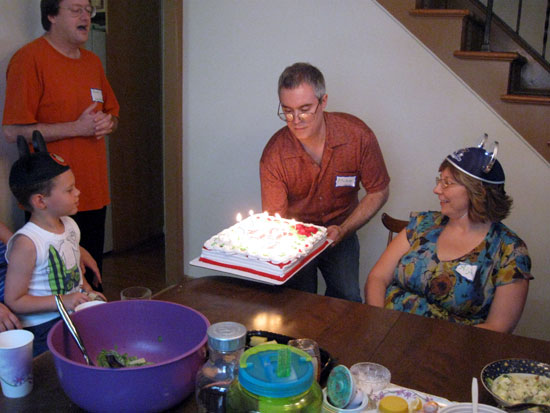 The Gryphon brings out the cake for my birthday. 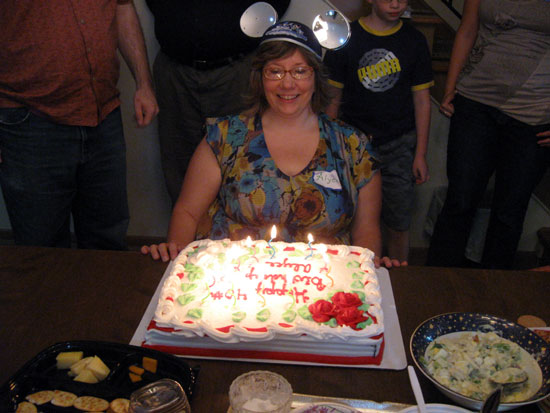 I listen to everyone singing "Happy Birthday."
I'm wearing flashing Mickey Mouse earsI bought on our honeymoon in Disneyworld. 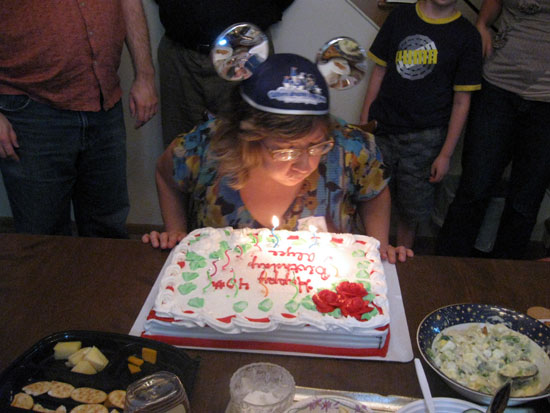 I blow out the candles on my cake. 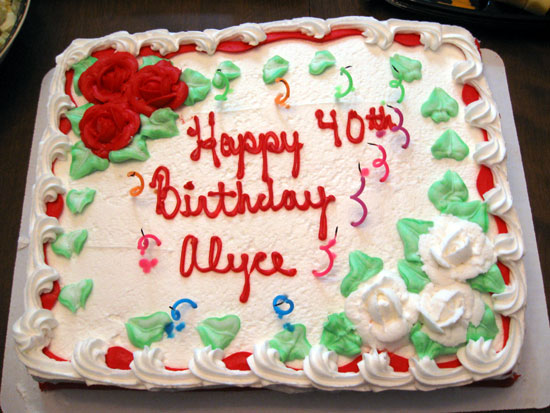 The cake was decorated with red and white roses,
in honor of the Alice in Wonderland theme. 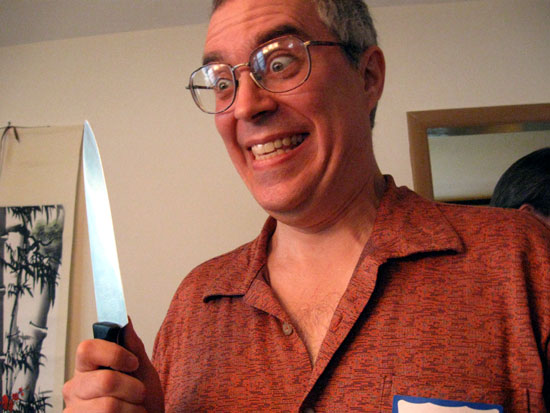 The Gryphon with the knife used to cut the cake. 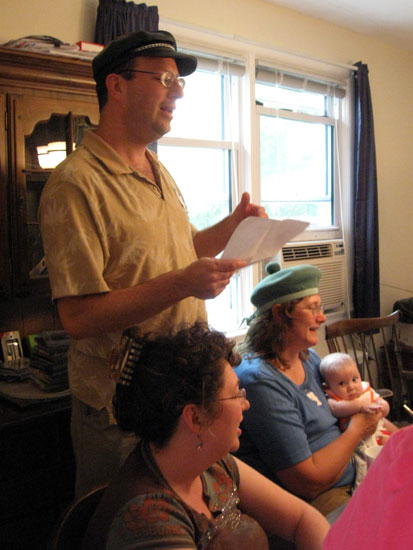 Attila the Pun sings a song he wrote for the occasion. 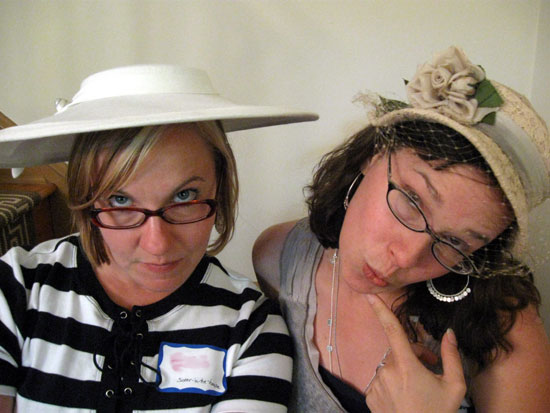 My sister and The Artist (who says I should probably call her the Programmer nowadays)
show off their old-fashioned hats. 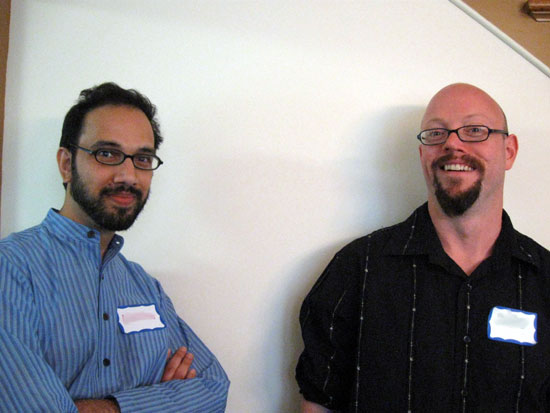 The Artist's Husband and my sister's husband converse. 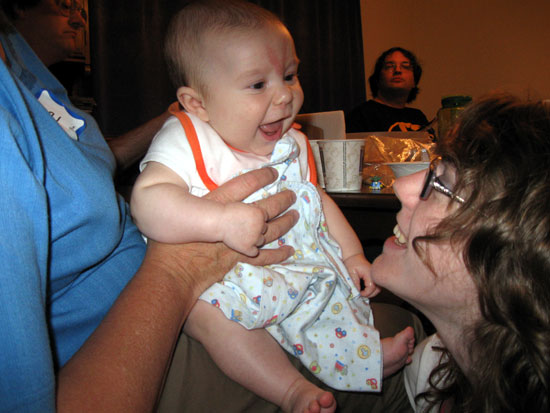 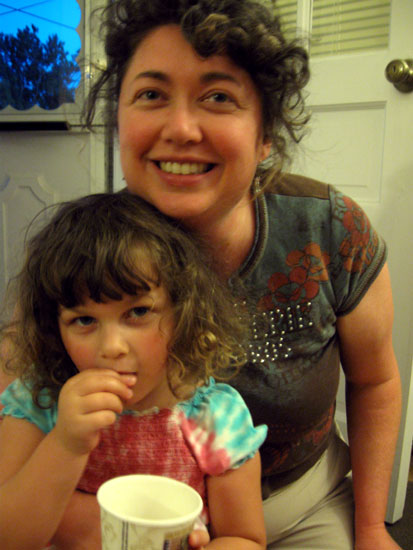 Attila the Pun's wife and their daughter look a lot alike,
as this photo demonstrates. 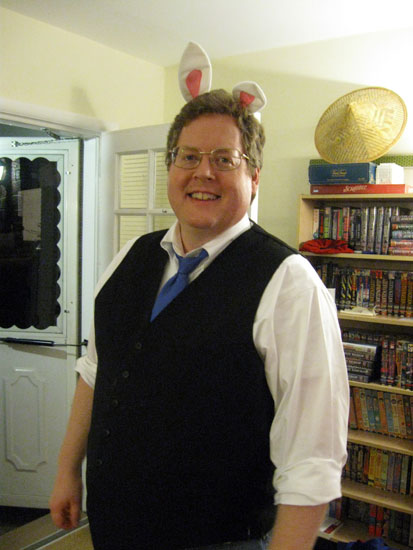 The March Hare wears an appropriate costume: complete with ears. 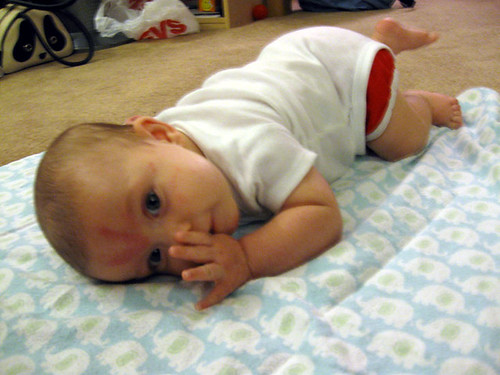 KFP was remarkably happy to do tummy time near the end of the party.
Normally, he doesn't like it. 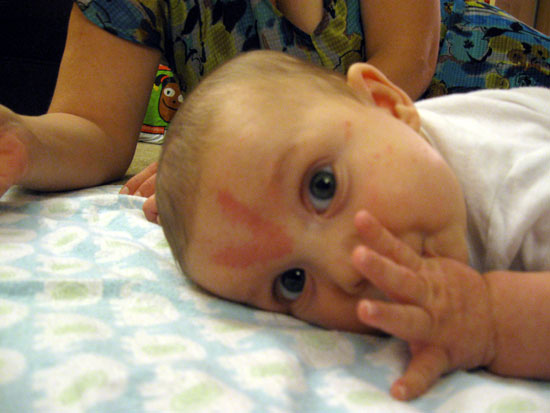 KFP has a new endearing habit: sucking his thumb.


Who's Who in Alyce's blog