While my little Kung Fu Panda is scooting around (backwards) on the floor, I'll share some photos from Thanksgiving. There are also photos of a model train display we took KFP to, which I'll share another time.

(Click any of these photos to see a larger version.) 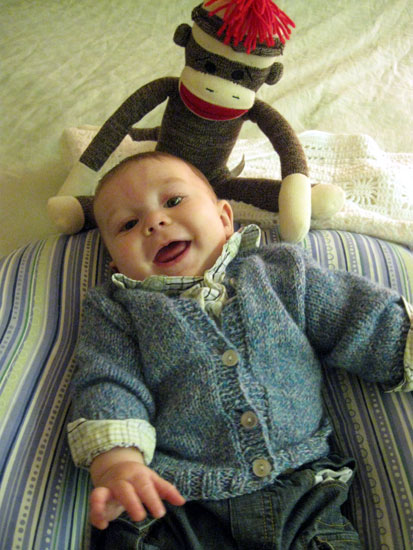 Our Kung Fu Panda has a good time with his sock monkey. 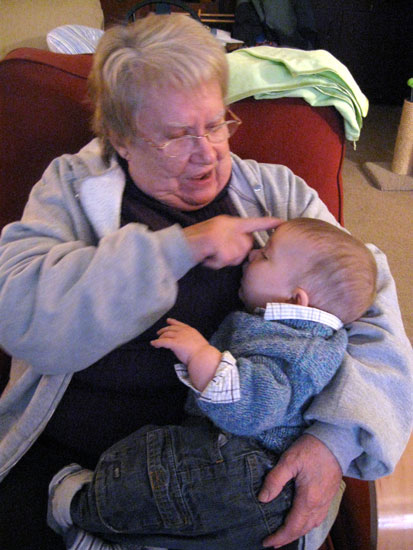 KFP's grandma (my mom) touches his birth mark, a.k.a., his stork bite. 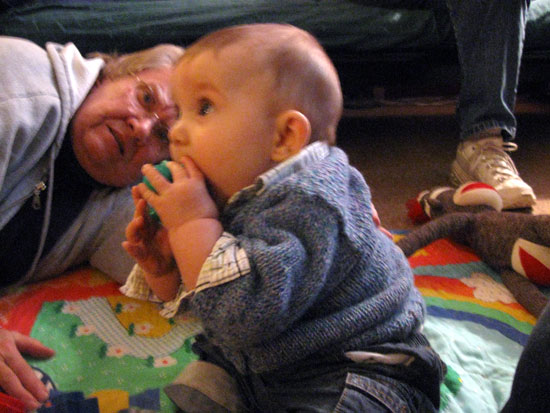 KFP noms on his toys while his grandma (my mom) watches. 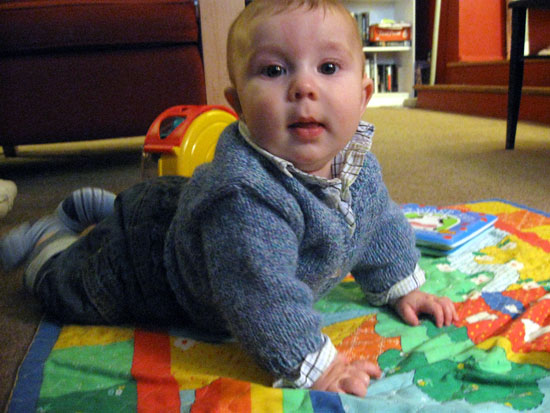 KFP spent time on the floor trying to figure out crawling. 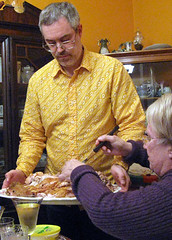 The Gryphon prepared the Thanksgiving turkey. Here, he serves it to my Mom. 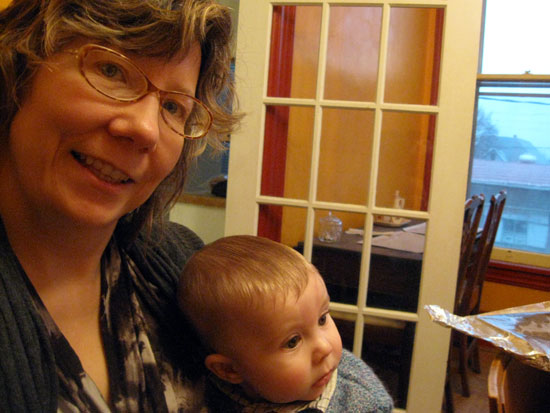 KFP wanted to sit on my lap during Thanksgiving,
so I ate one-handed. 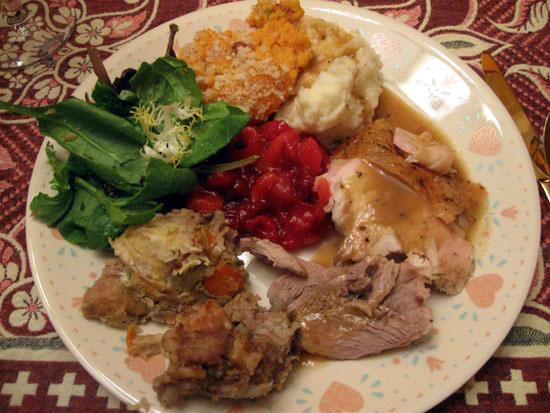 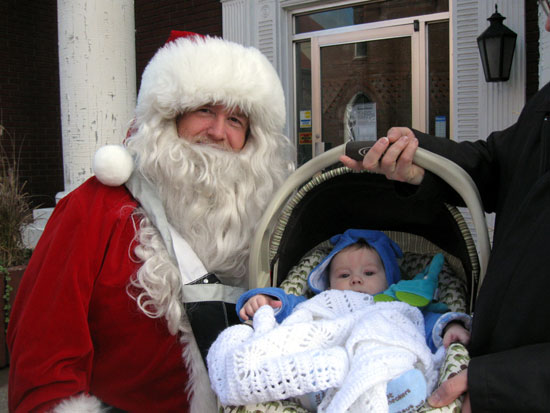 Our Kung Fu Panda met Santa in front of the newspaper where I used to work. 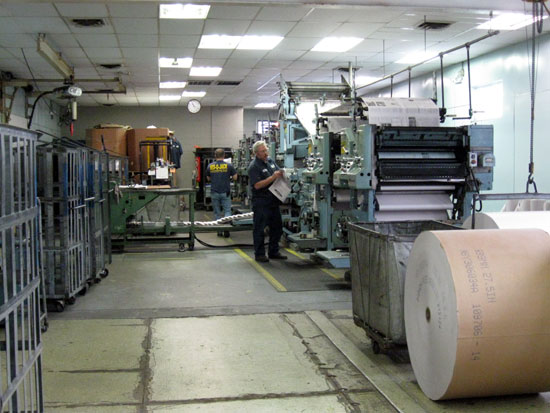 We visited the newspaper where I used to work and got to see
the printing press in action. Just like old times! 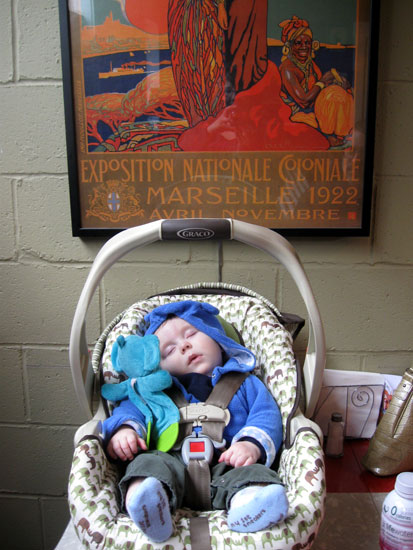 The Gryphon and I went for lunch on Friday at a cafe we like.
KFP slept while we ate. 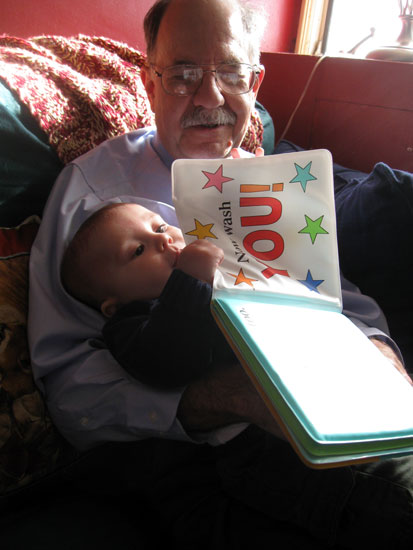 KFP examines a bathtime book his grandma gave him,
while sitting on his grandpa's lap.

Moral:
Babies can't eat turkey, but they still want to sit at the table.