Over the Thanksgiving holiday, The Gryphon, Kung Fu Panda, my dad and I visited the train museum across the street from Dad's place. The museum primarily featured a room-sized layout of model trains. For me, it was fascinating, because it was based in a large part on what my hometown had looked like in the 1950s.

As long as I can remember, the residents of my hometown have been telling me how much better the town used to be. The golden age of the town, for them, was the 1950s, when a trolly still connected it to a nearby town; when there was a huge riverfront park with a carousel and a skating rink; before the town's grand movie theater was destroyed in a fire; before Hurricane Agnes in 1972 devastated much of the shopping district; and long before the malls in the 1980s killed off virtually all downtown commerce, and Wal-Mart in the 1990s killed off most of the rest of it. 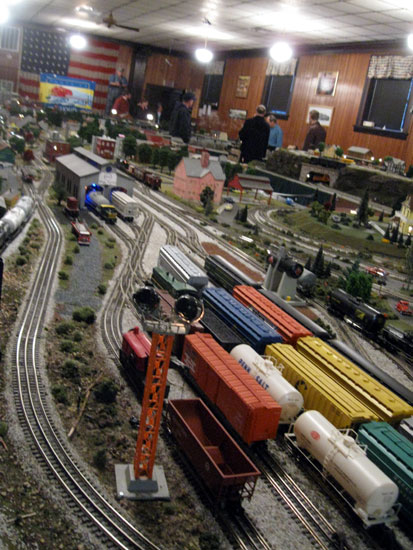 An overview of the train layout. You can tell from the relative size of the people against the back wall that it's pretty big. 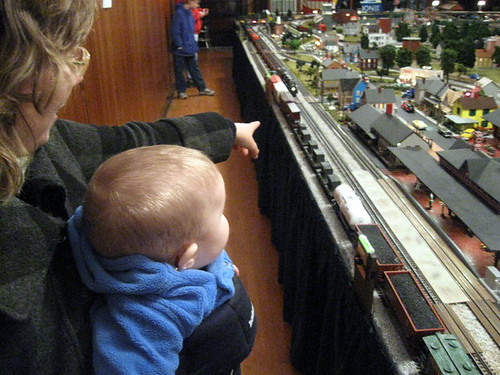 I point out a moving train to KFP, who was fascinated. 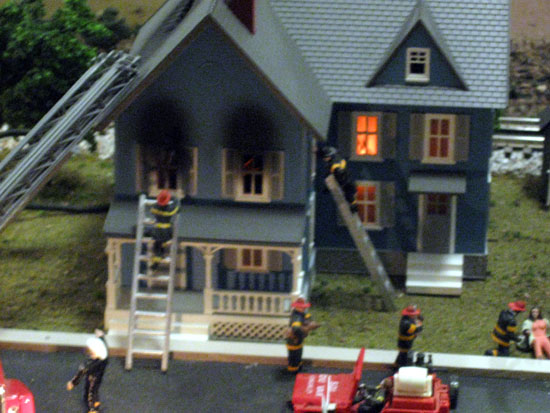 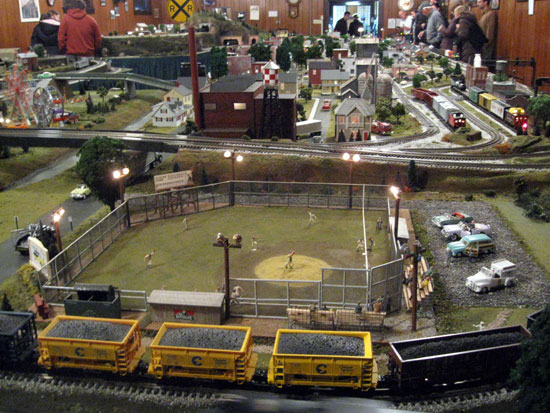 A baseball game is in progress as trains whiz by. 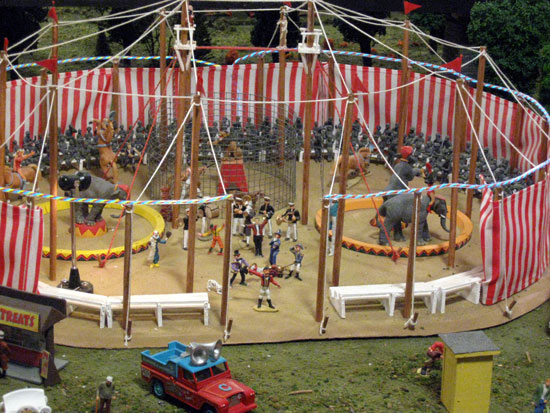 A circus comes to town, featuring elephant acts and a live band. 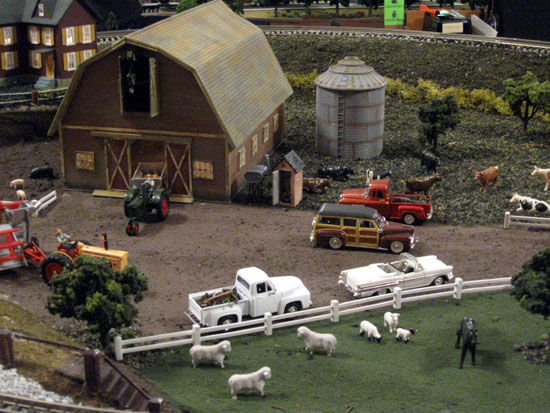 Farmers are busy with livestock. 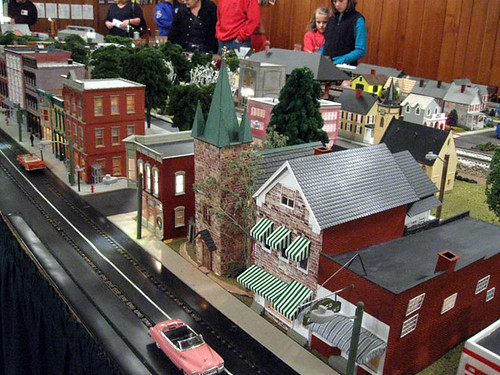 The main drag of town contains many buildings designed to look like the originals. 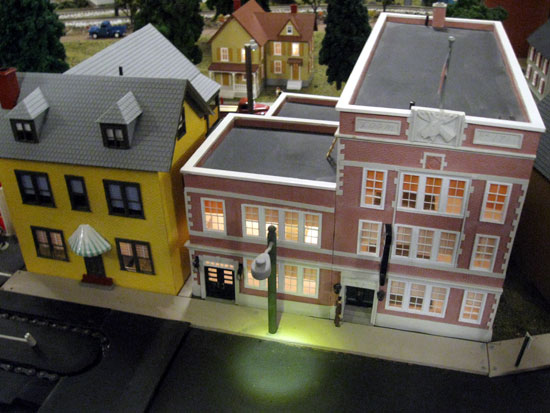 This brick building is the Moose Lodge where the train museum is located. 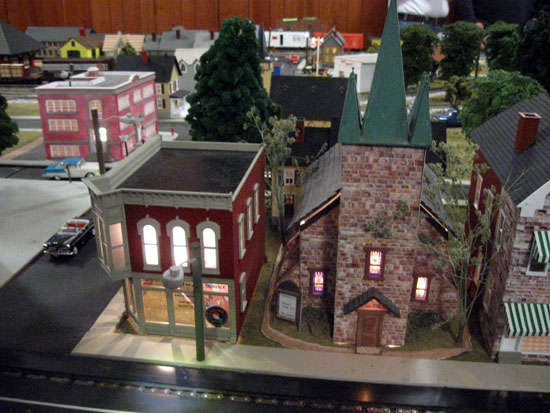 The Reliable Furniture Store on the left
was torn down about 10 years ago.
Bethany United Methodist Church remains a landmark. 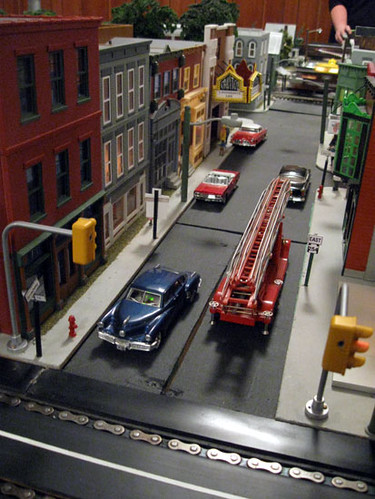 A replica of Bound Avenue from the '50s, with the Capitol Theater near the end of the block. 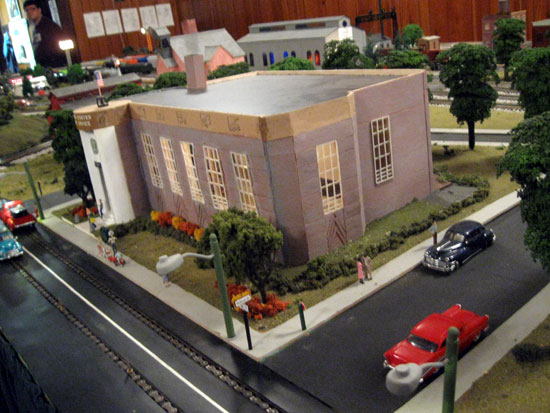 My hometown is proud of its post office,
which was built as part of the New Deal in the 1930s.

In many ways, except for the commerce, not much has changed. Many of the buildings shown in this miniature landscape still exist, even if they are past their glory days. Of course, many buildings have also been lost to flooding and, more recently, from fire. Because the main street of town is in the flood plain, zoning is touchy for anyone who wishes to rebuild.

Still, every time I visit, I notice little ways the town is working towards revitalization: from stations for a walking tour to a newly-installed fitness course, paid for with state funding. They say that those who don't know history are doomed to repeat it, but in this case, the residents do want to reclaim their history. Perhaps, through small step after small step, they can finally reach something close to the golden age they all recall.

Moral:
Nothing is permanent, especially when it floods.