This weekend we took our Kung Fu Panda to the mall to meet Santa Claus and sit for his first official Santa photo. He had met a different incarnation of Santa over Thanksgiving break, but this would be the first chance for a real Christmas portrait.

Also this weekend, The Gryphon, KFP and I drove around the Philadelphia suburbs looking at Christmas lights. I spent most of the weekend putting our Christmas cards together, including a holiday letter. It's amazing how much longer things take when you've got a baby! 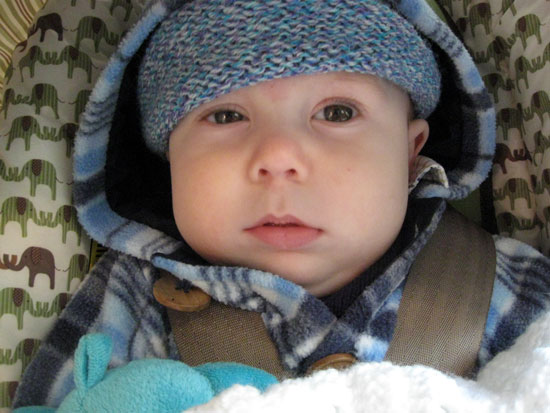 KFP was calm and a bit sleepy in the long line to meet Santa.

We got to the mall shortly after it opened and were surprised to see there was already a pretty big line. But on the advice of one of the staff members who were helping with the photography, The Gryphon used his iPhone to go to the mall's Web site and pay for the photo package ahead of time. Then we could use the "Quick entrance" and officially jump half the line!

Knowing that we were going to see Santa, I had sought advice from fellow parents. Several had cautioned me not to get our expectations up too high. They warned that he might not be happy to see Santa and, instead, might even cry.

KFP, however, lucked out by meeting an incarnation of Santa who was very good with babies. When we met him, I held KFP facing him and said, "This is Santa. He brings presents on Christmas morning."

Santa sat quietly and let KFP look at him, smiling a pleasant smile.

"Do you want to sit on Santa's lap?" I asked. Almost simultaneously, KFP held his arms out to Santa, and I transferred him over.

The photo assistants took four photos. In the first two, KFP was looking downwards, as if assessing his new seat upon the soft, red lap. In the third photo, he was looking at Santa with fascination. In the fourth photo, the one we decided to use for prints, he faced forwards, smiling broadly. It helped that I snuck in next to the photographer and called out to him. 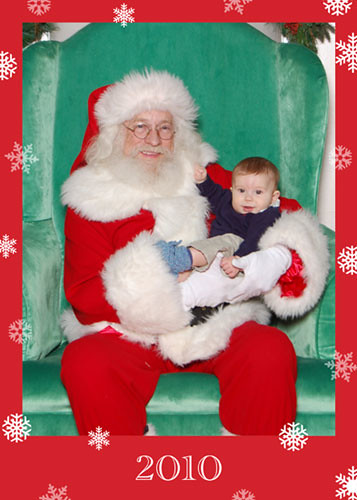 Our Kung Fu Panda meets Santa Claus,
who was a gentle old elf with a booming "Ho, ho, ho." 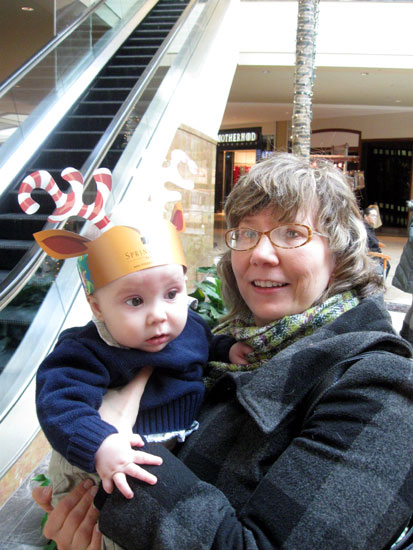 As a gift for meeting Santa, KFP got a reindeer hat.
He also got a small, plush polar bear. 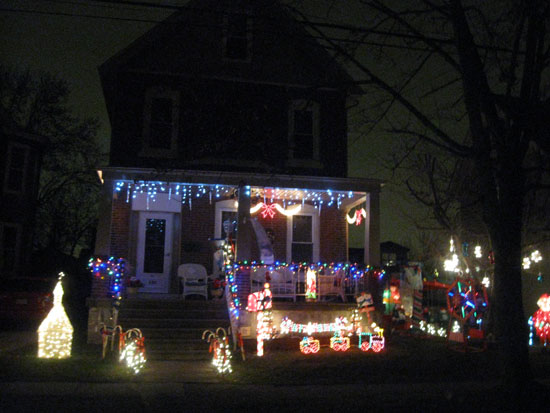 It's a little hard to tell, but this house has lit up, moving attractions
like a train and a ferris wheel, as well as a church and Santa. 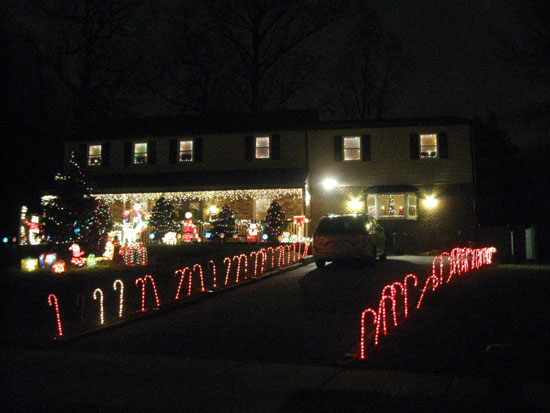 The driveway of this home is lined with lit candy canes.
Their lawn features several lit presents under an evergreen,
as well as a lit snowman, lit Santa, and many other lights. 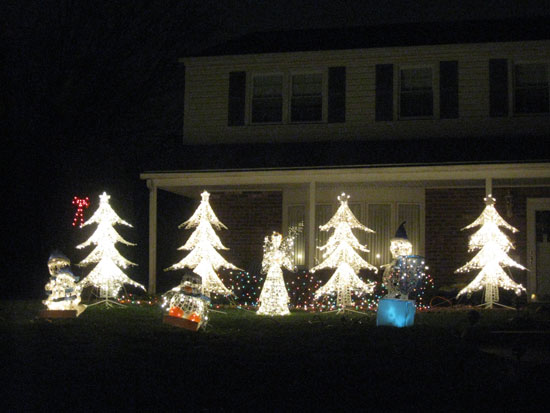 Four lit artificial trees make this lawn look like a forest.
There is also a lit angel and lights in the bushes and evergreen tree. 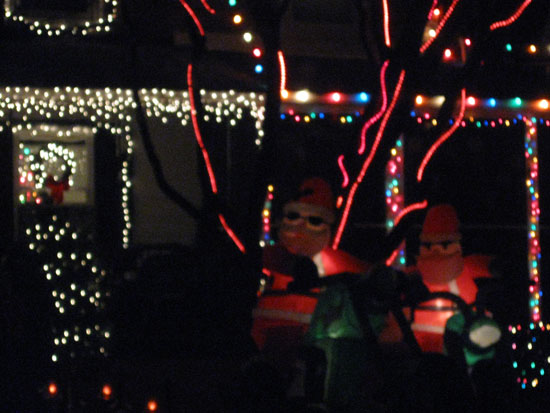 This photo is dark but you can just barely see two Santas
wearing sunglasses and riding motorcycles. 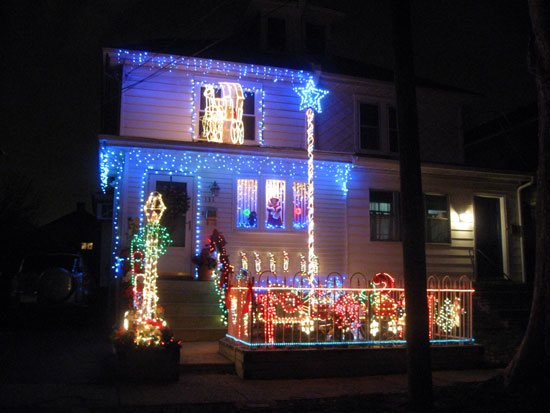 Blue lights on this house give it a cool winter feel,
contrasted to the bright red and yellow lights on their front lawn.