We had some trouble getting home from our Christmas visit with my family: namely, a flat tire on Monday delayed our return until Tuesday. Yesterday and today I spent hours shoveling snow from the street, where someone had piled it. Basically, those two piles combined made up the space of one car: ours. This does not count shoveling a car-length space in front of an irate older woman's house for her son when we had to take his spot upon returning home. Needless to say, I'm not going to be working my upper body at the gym this week!

I've finally had a chance to start going through our Christmas photos. There are a lot of them, and videos, too. Although given the problems I had last time I worked with videos, I believe I'll have to clear some stuff off my hard drive before uploading them. I'll begin with the Christmas Eve photos and will share more photos over the coming day or so. 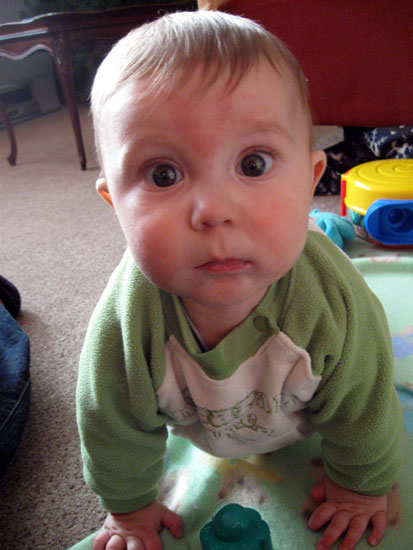 KFP practices his newfound skill of crawling!
He crawled for the first time on the day before Christmas. 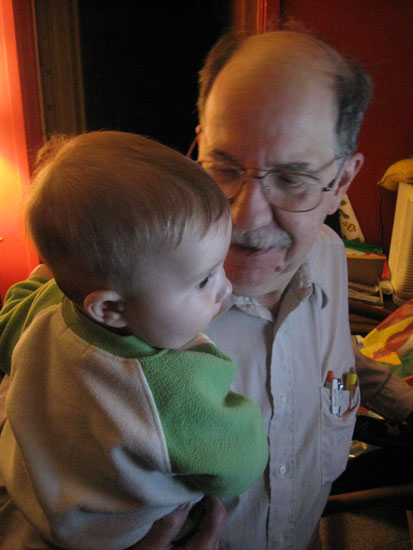 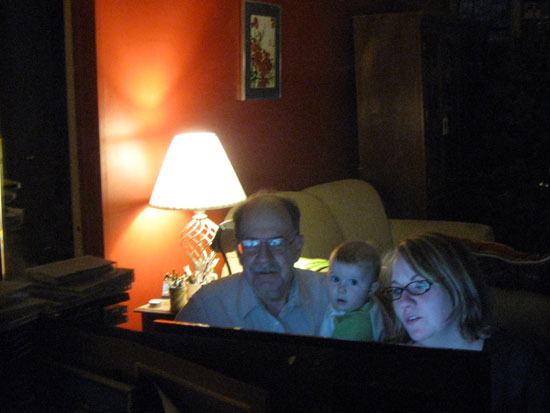 KFP with his Grandpa and aunt
as they look at something on her computer. 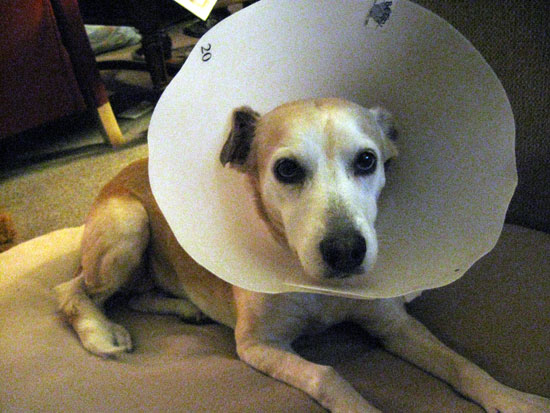 Emma, who is my late doggie Una's sister, was wearing the Cone of Shame
because of an ear infection. 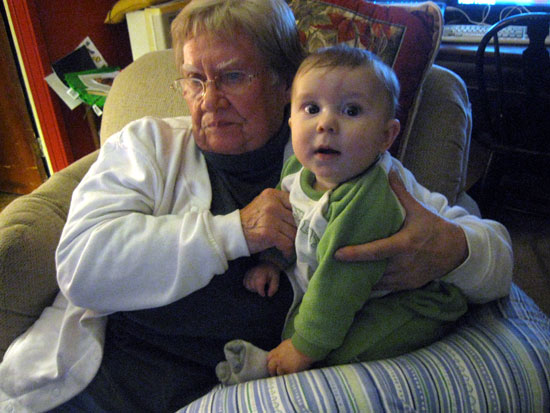 Some lap time with Grandma, who later in the evening
read him "The Night Before Christmas." 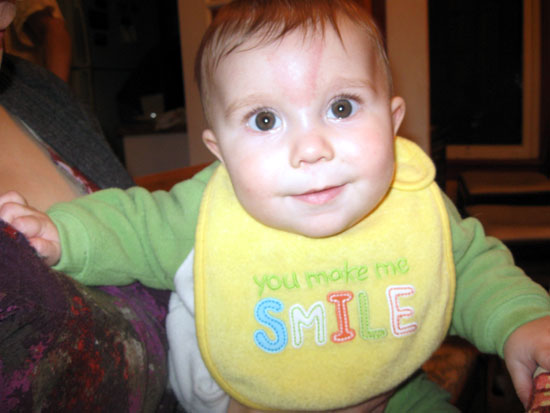 Our Kung Fu Panda, smiling before another attempt at eating rice cereal. 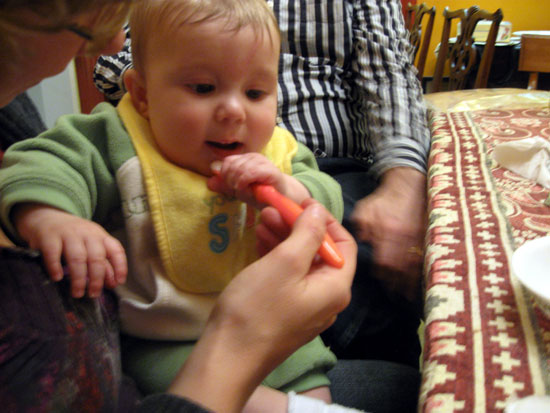 At first, KFP seemed interested in the cereal,
especially because he liked his new spoon. 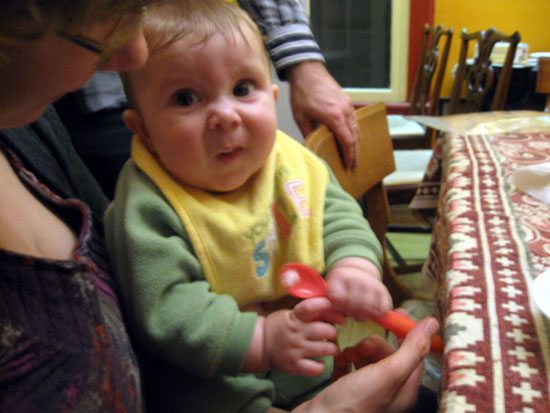 KFP makes a face after eating his rice cereal:
clearly, he would give this restaurant a bad review. 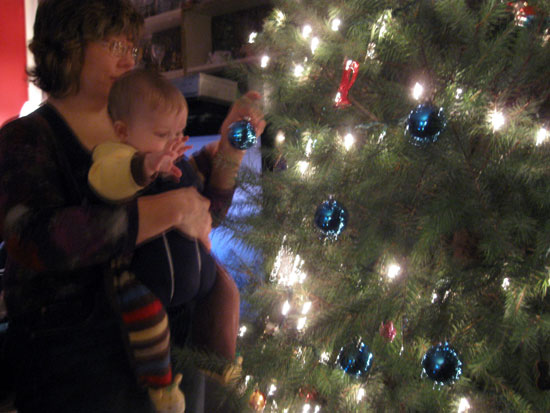 In his Baby Bjorn, KFP could help me decorate the Christmas tree. 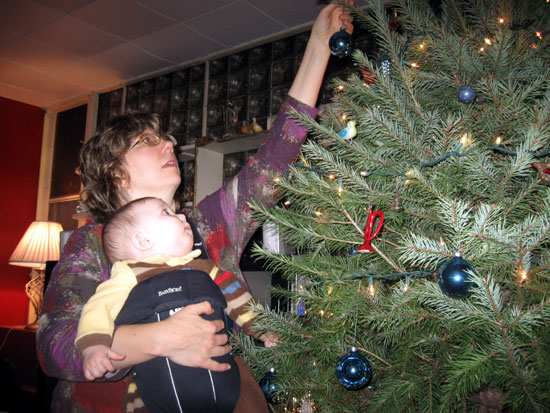 I hang an ornament near the top of the tree, to KFP's wonder. 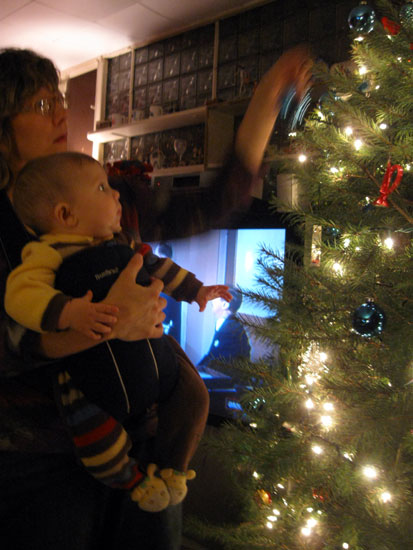 KFP watches me hang another ornament. We tried some
without a flash, because the flash was overexposed. 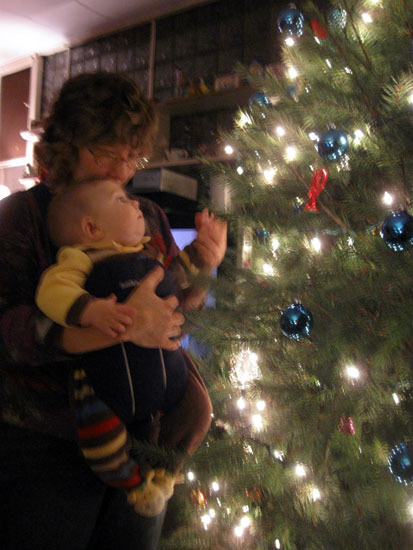 KFP and I commune with the beautiful tree.

Moral:
Christmas Eve is more fun with a baby.