I went through the rest of the photos taken over Christmas. Here are the best of them! 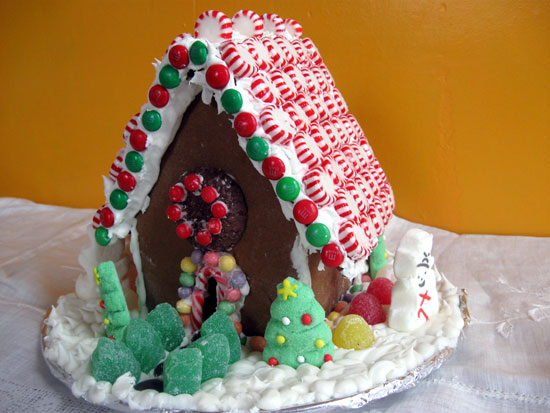 Our Christmas day centerpiece was a homemade gingerbread house. 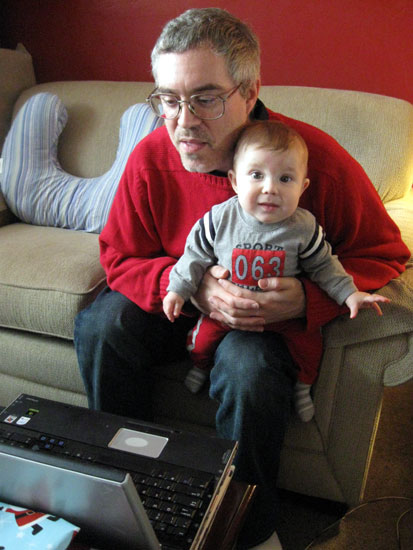 KFP sits on The Gryphon's lap as he reads
a parody of "The 12 Days of Christmas." 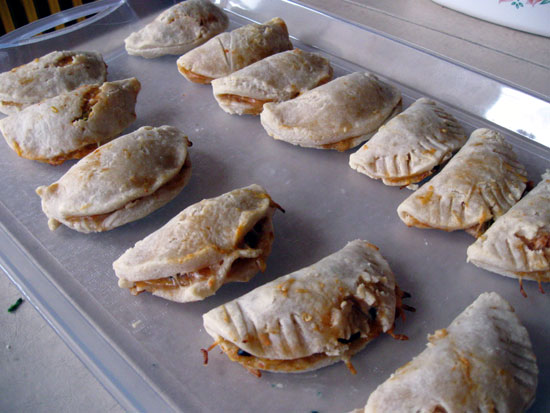 We had chicken empanadas for brunch, along with some other dishes. 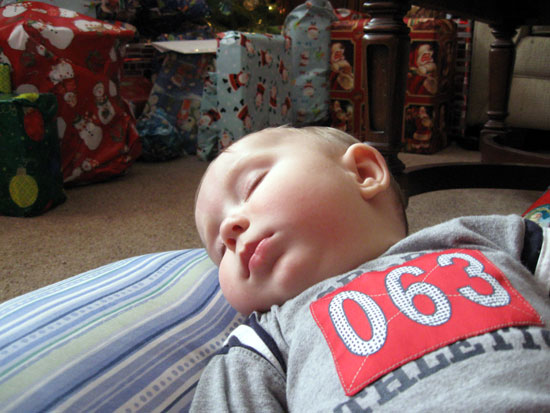 As we waited to open gifts, our Kung Fu Panda took a nap. 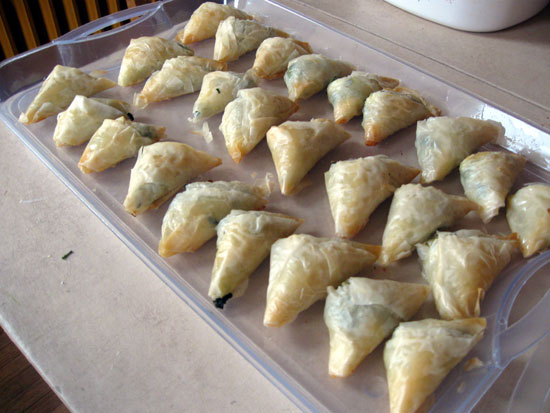 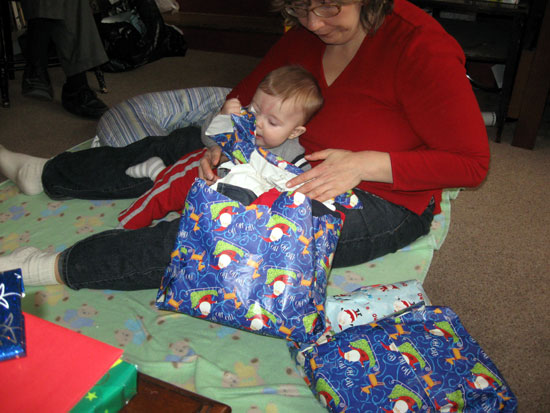 KFP was very interested in helping to unwrap his gifts. 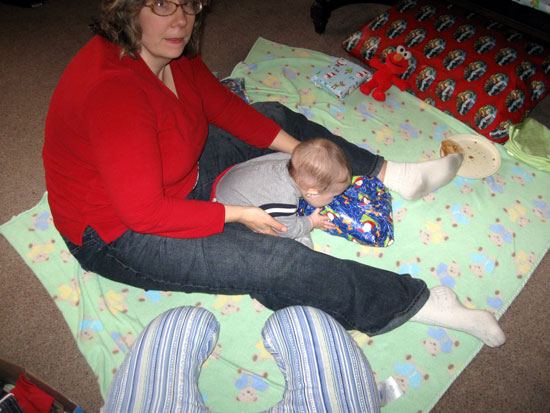 KFP gets a gift started by tasting it. 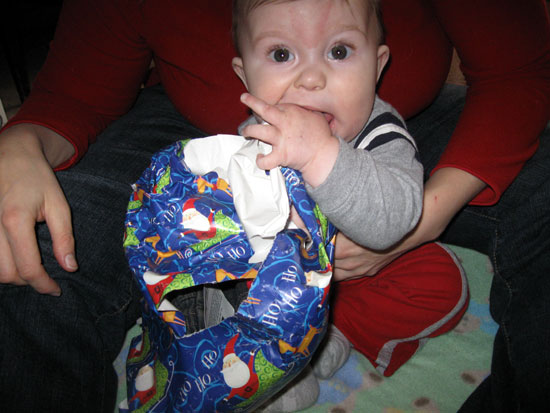 KFP liked the wrapping paper as much as his gifts. 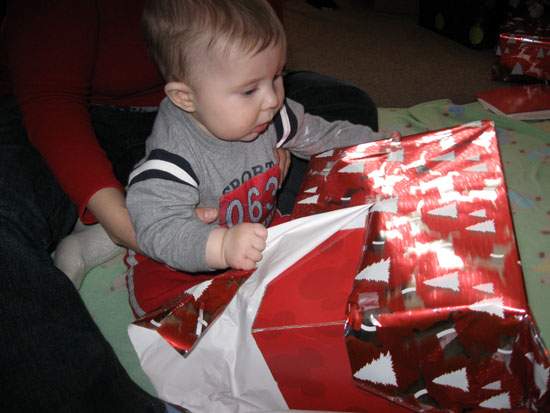 By the end of the unwrapping, KFP was a real pro at it. 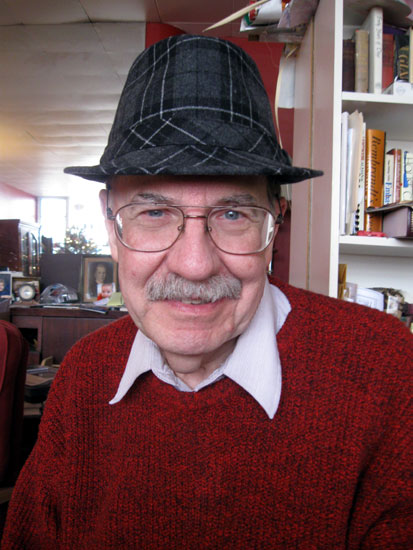 My dad models the hat he received from my sister and her husband. 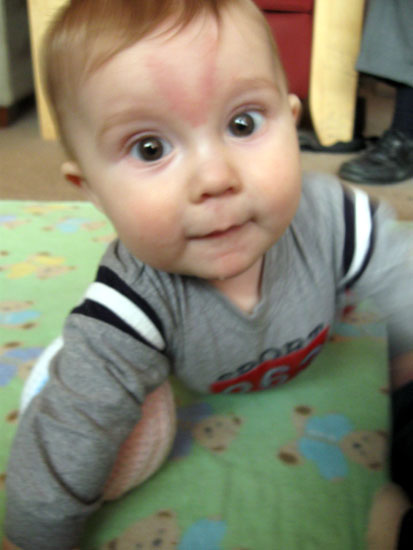 After unwrapping his gifts, KFP plays with his new ball (under his arm). 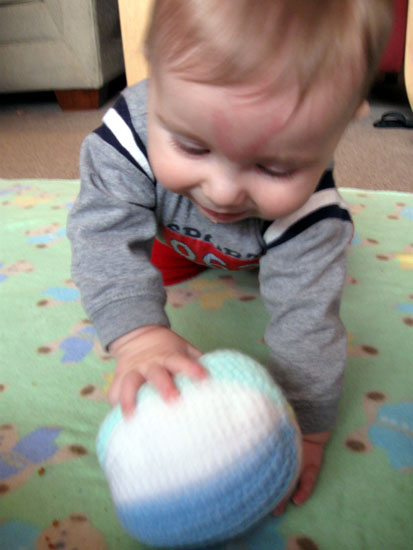 One of his favorite gifts was the knit ball
that KFP received from his Grandma. 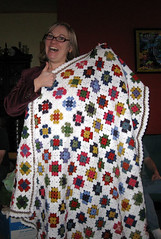 My sister with the afghan we had handmade for her by 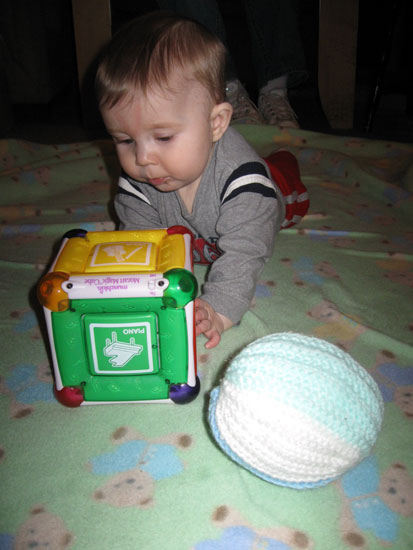 KFP plays with his Magic Mozart Cube, which makes music and lights up. 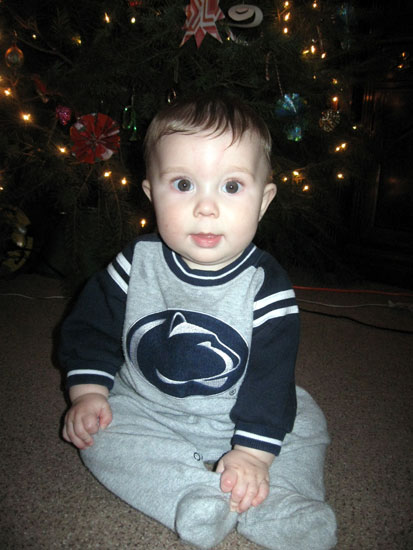 KFP, in his Penn State pajamas, sits in front of the Christmas tree. 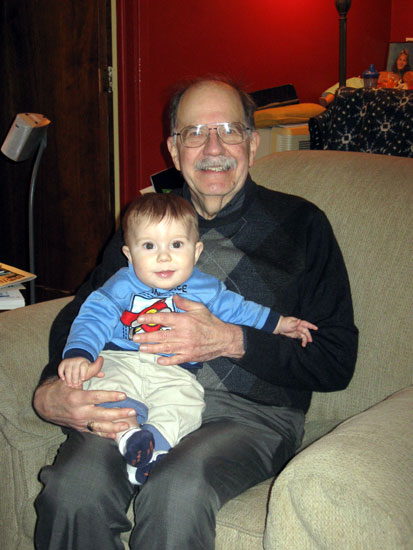 On Sunday, we got some family photos, including this one
of KFP on his Grandpa's lap. 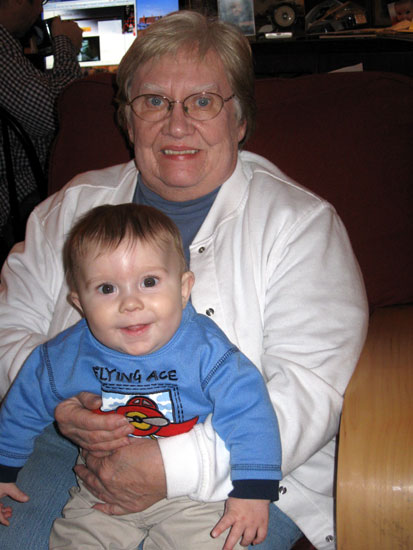 To get this picture, we used a sock monkey.
It made Mom smile, too. 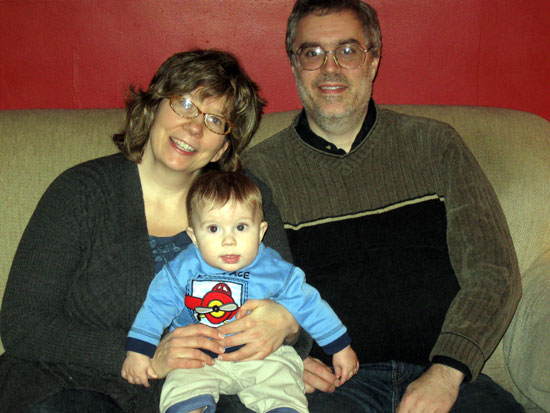 Our little family: me, Kung Fu Panda, and The Gryphon. 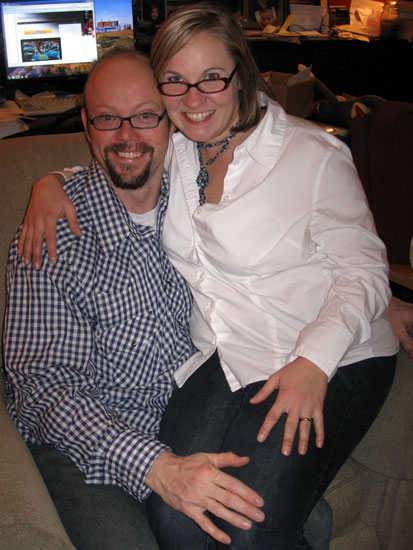 Moral:
Whether it's a knit ball or a Magic Cube, babies love Christmas gifts.