A couple weeks ago, when we got several inches of snow, I took a walk with our little Kung Fu Panda and got some photos. Of course, due to a busy post-holiday season, I didn't get a chance to share them until now. 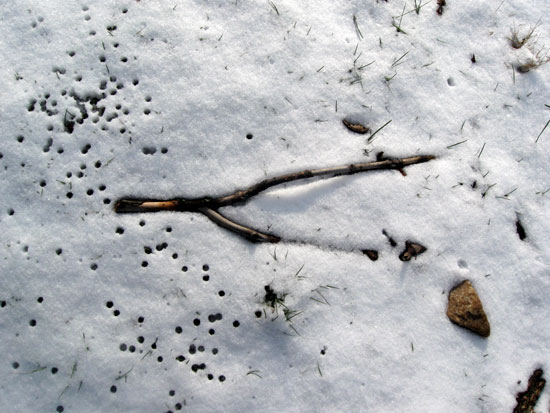 A Y-shaped stick creates a striking contrast against fresh snow. 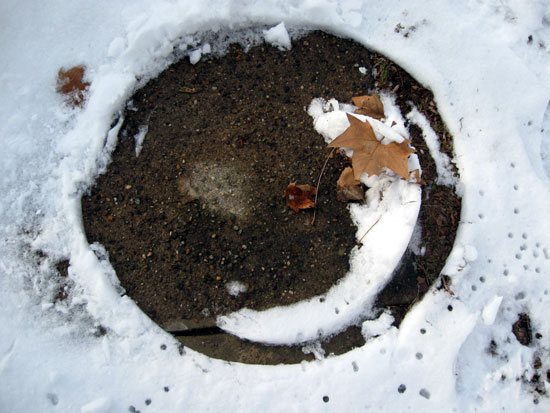 A bucket or other round object made a dark spot in the snow. 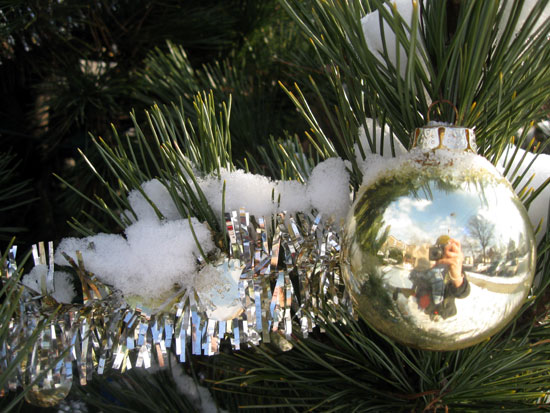 KFP (in his Baby Bjorn) and I are reflected
in a silver Christmas bulb on a snow-dusted tree. 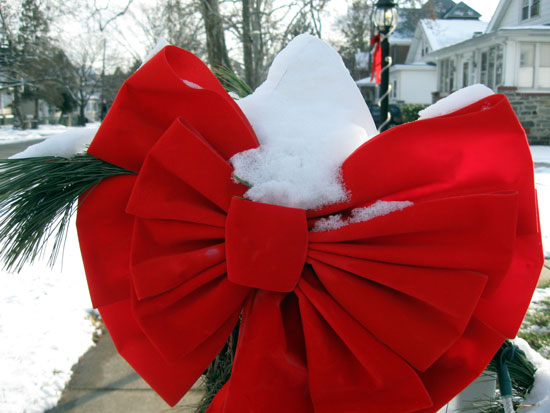 A red bow on a fence post is covered with snow. 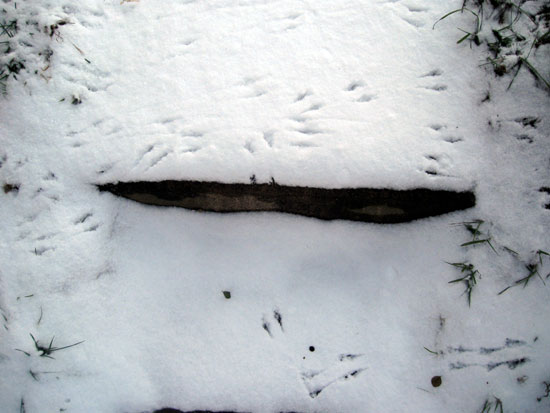 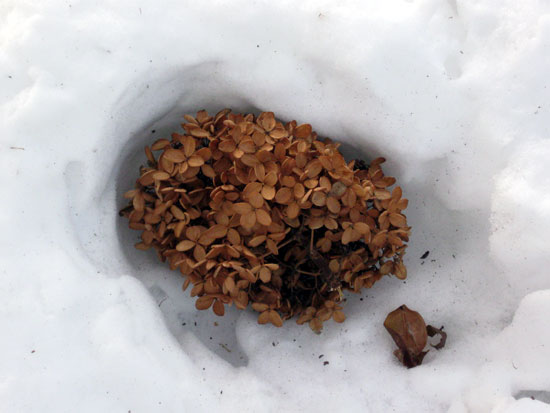 A bunch of dried flowers resides in a cavern of snow. 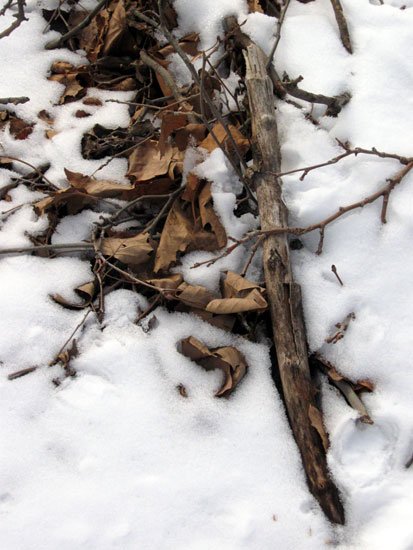 A clump of dried leaves and sticks contrast with the snow. 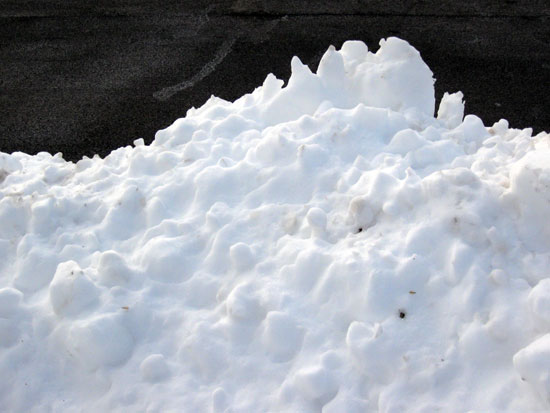 A ridge of snow resembles a dinosaur's back. 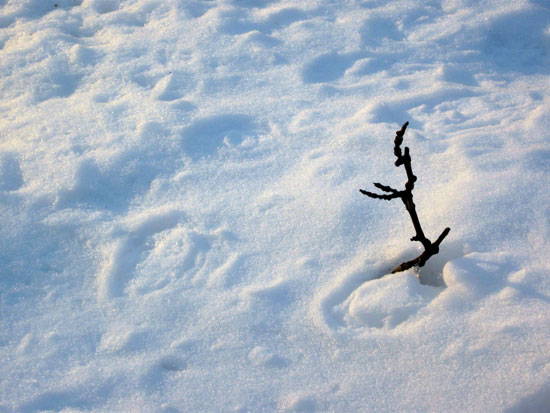 A spindly stick stuck in the snow looks like a rugged tree. 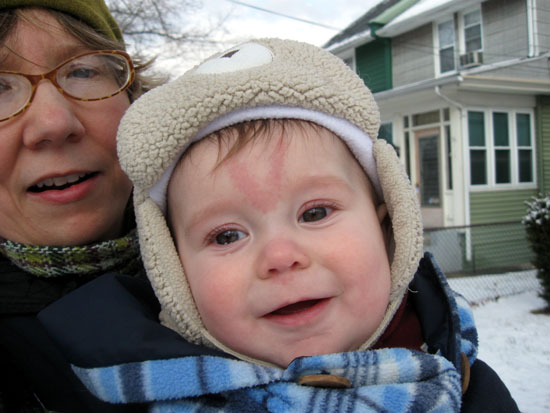 KFP is strapped to me in his Baby Bjorn, wearing his bear hat.

Moral:
Snow pics hold up even when snow disappears.