This past weekend, we attended the annual Red Dwarf marathon held by my college friend and fellow Penn State Monty Python Society member, The ER Doctor, and her husband. This was the fourteenth year of the event and about the fifth or sixth time that The Gryphon and I have attended. It was our first time bringing our Kung Fu Panda (although I was pregnant at the event last year). Even though he's still recovering from a cold, I discussed it with the ER Doctor and she said that, as long as he seemed comfortable, we should come and bring him. 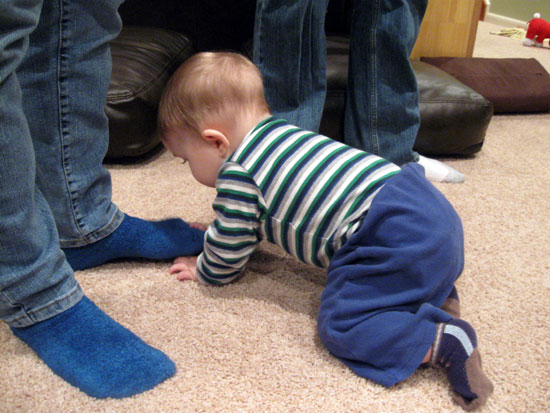 Our Kung Fu Panda is fascinated by people's feet,
especially the fuzzy blue socks that look like Cookie Monster. 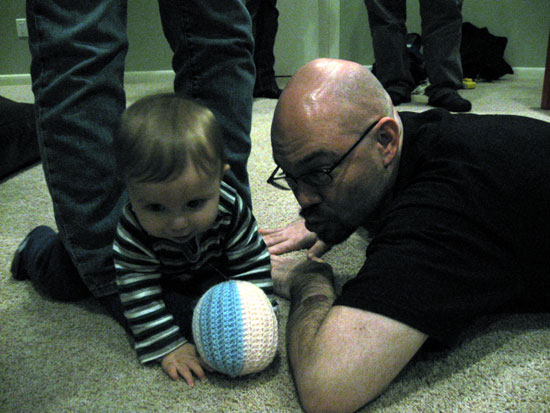 KFP enjoys some floor time with a new friend,
who gave him the nickname Cheekers because of his chubby cheeks. 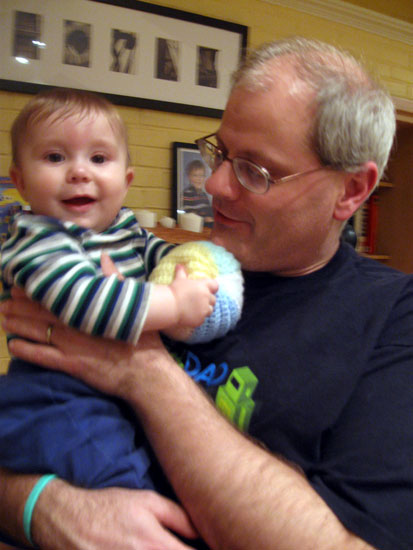 KFP with the host of the party, The ER Doctor's Husband. 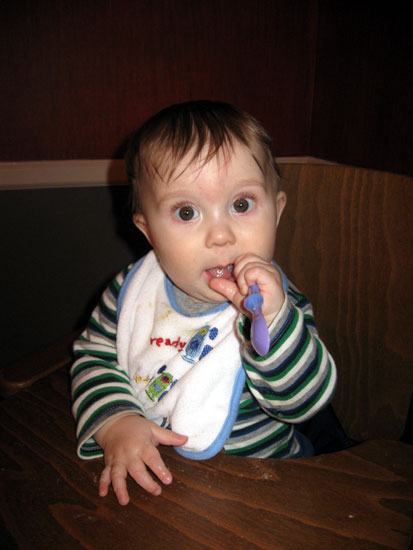 KFP experiments with his spoon while
waiting for a mixture of applesauce and rice cereal. 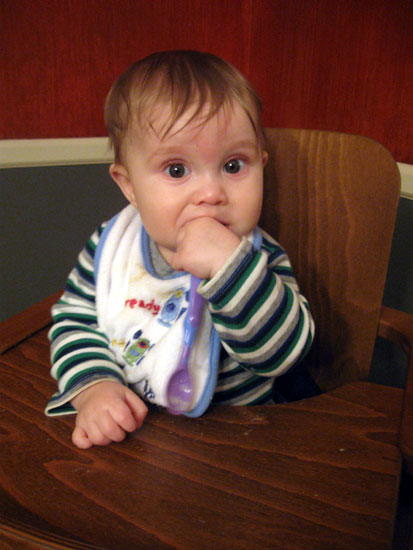 He doesn't yet realize which end of the spoon to put in his mouth. 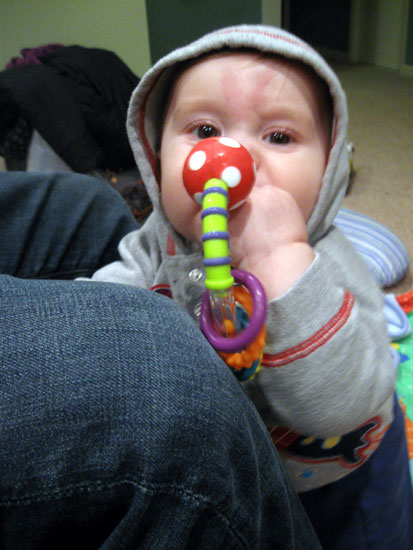 KFP stands holding onto his daddy's leg and chews on a favorite toy. 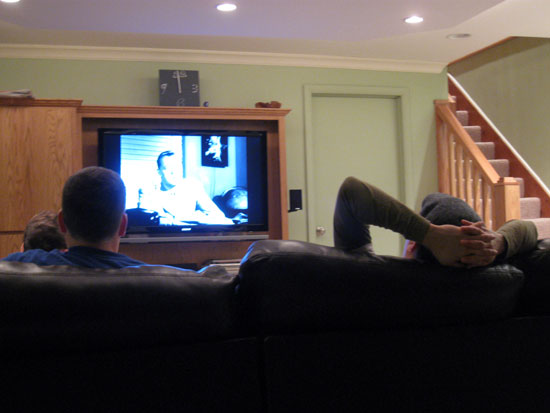 We watch "Plan 9 from Outer Space" with the Riff Tracks commentary. 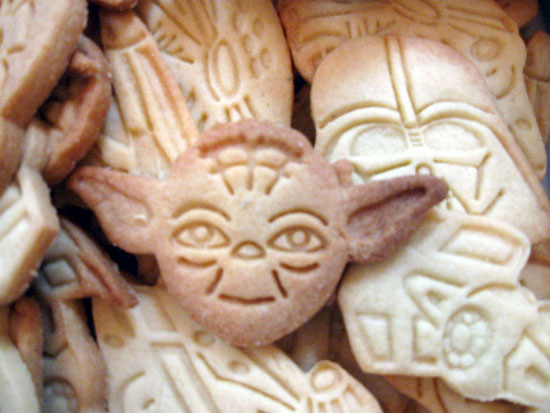 Before we arrived, some guests helped make Star Wars shortbreak cookies,
featuring Yoda, Darth Vader, some ships and other characters. 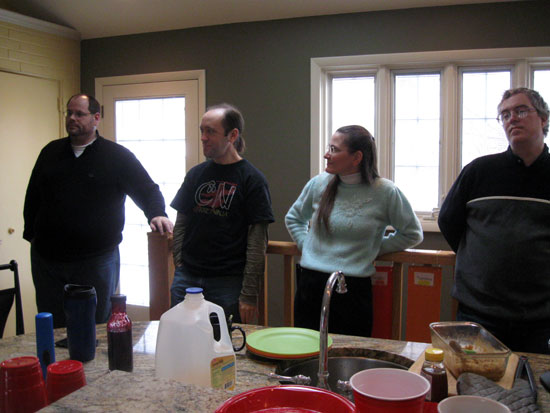 Guests chatting in the kitchen on Sunday morning. 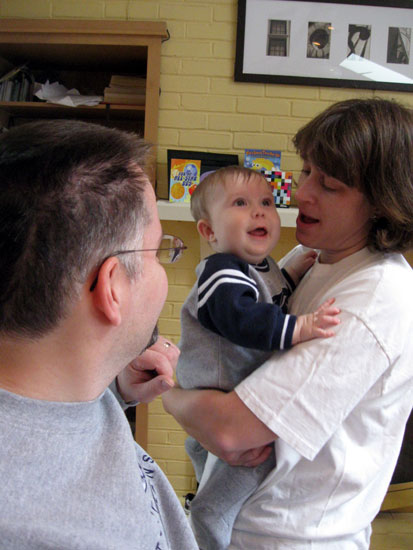 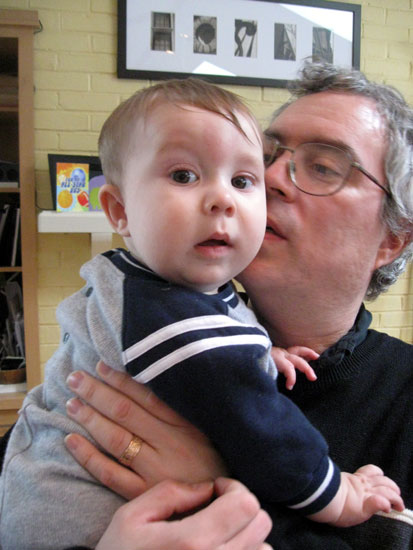 KFP with his daddy. 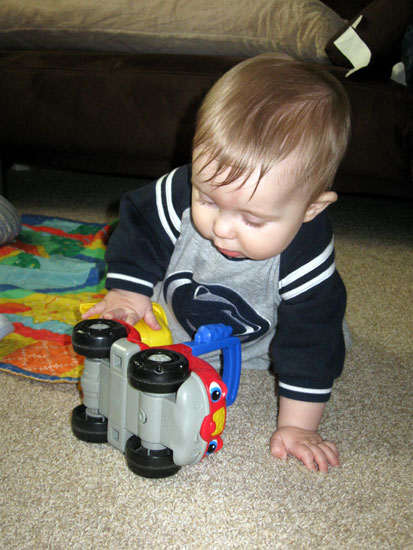 KFP enjoys playing with a truck. 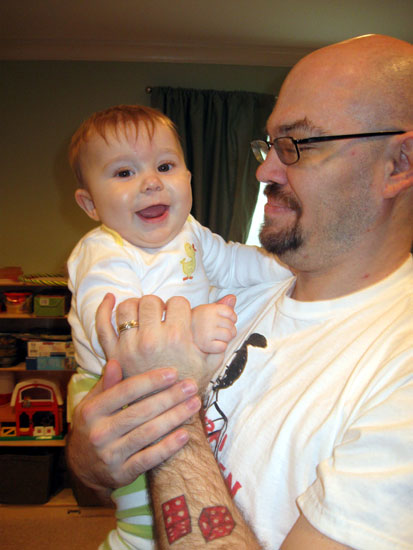 Answering to a new nickname, Cheekers,
KFP enjoys hanging with a new friend. 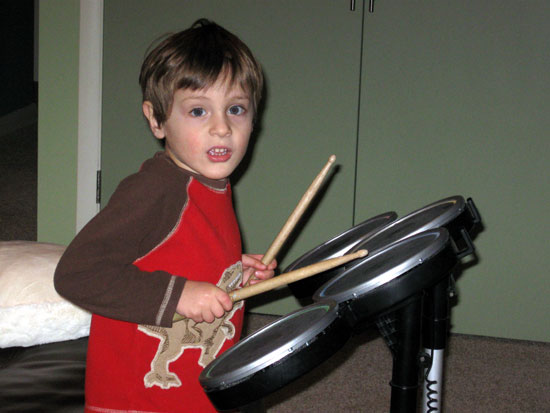 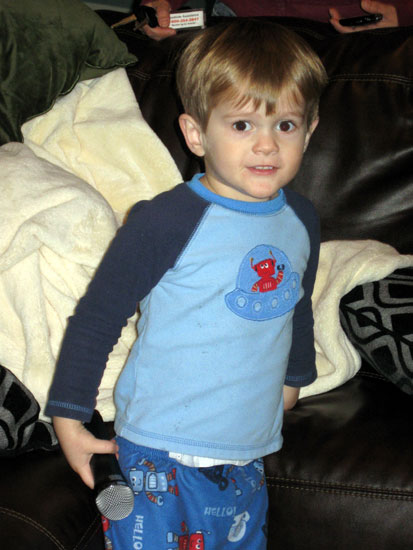 The ER Doctor's youngest son was
on the microphone during Beatles Rock Band. 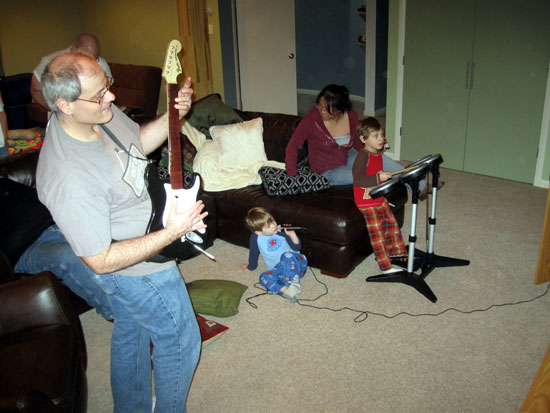 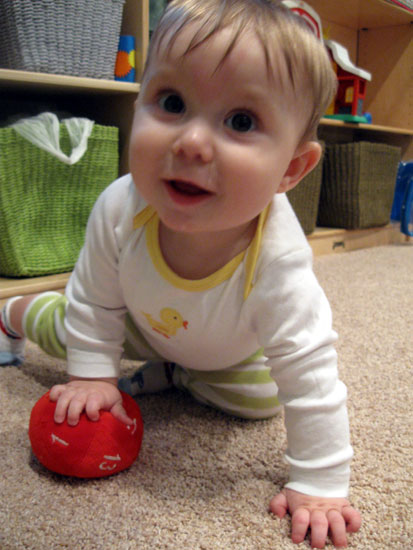 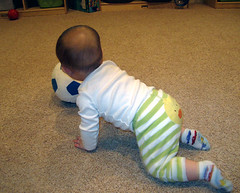 KFP shows off the duck on his behind which had people
giggling on Sunday morning and singing about duck butts. 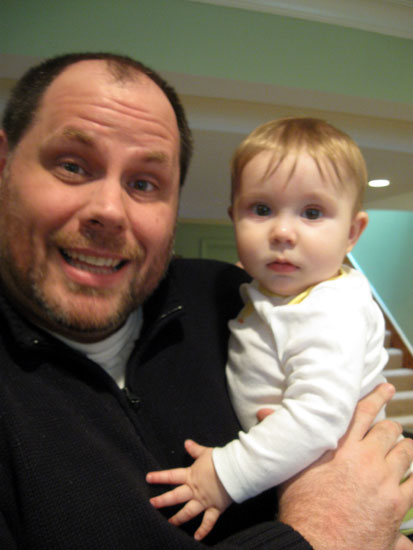 KFP was starting to get a little tired by late Sunday morning
but still had energy to greet one more new friend.

Moral:
KFP likes meeting new people, even when he's a little under the weather.