My Trip to My Sister's

I finally got a chance to upload pictures from my trip to my sister's a couple weekends ago. It's difficult sometimes, because I have to work on the desktop, and there's less for my little Kung fu Panda to do in that room. He gets frustrated easily and wants to sit on my lap and pound the keyboard! 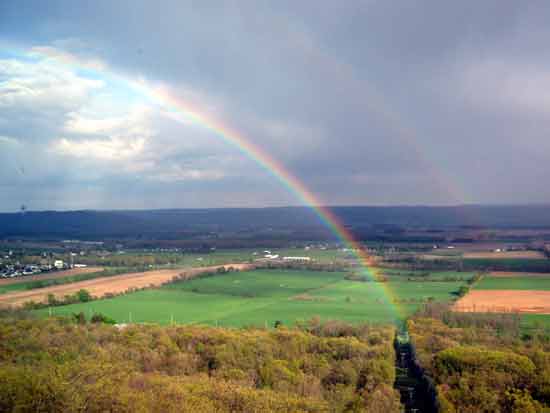 Double rainbow! Oh, my God! It's beautiful!
We saw this out the window of the Mt. Nittany Inn in Centre Hall. 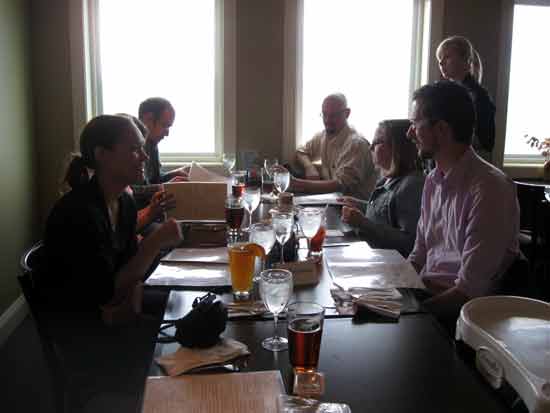 I joined my sister, her husband and some of their friends
for dinner on Saturday night of our visit. 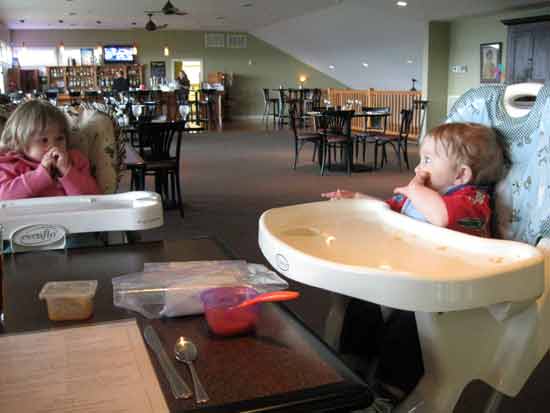 Kung Fu Panda makes friends with a little girl about 6 months
older than him, the daughter of one of my sister's friends. 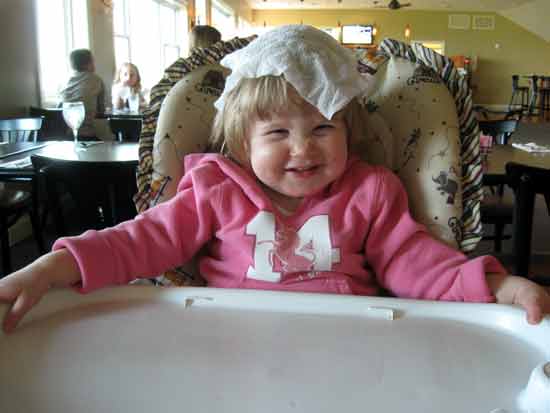 The little girl decided to wear her wash cloth
on her head. Her brain hurts! 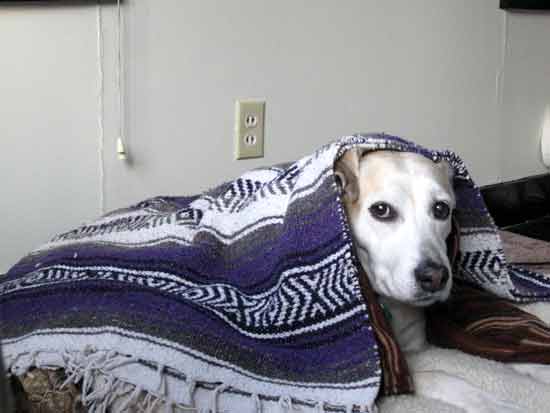 Emma, my sister's dog, gets tucked in for a nap. 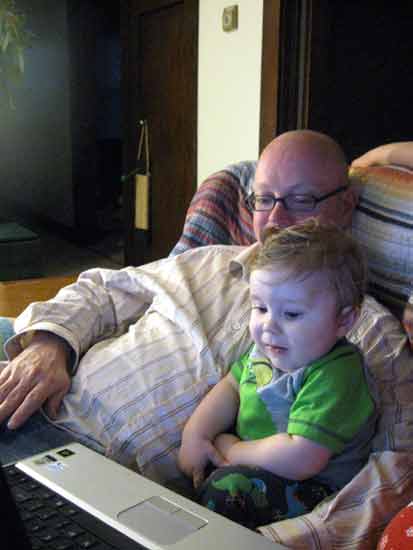 KFP hangs out with his uncle, watching videos on YouTube. 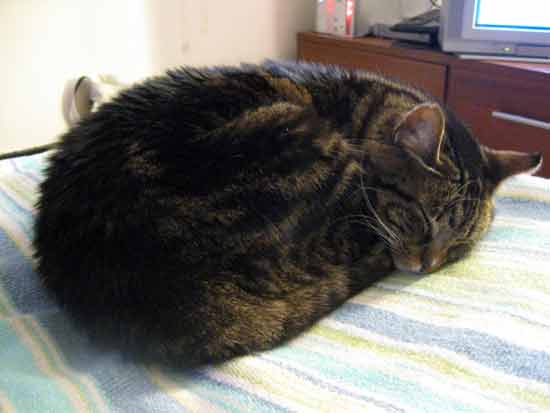 My sister's cat, Beanie, sleeps innocently, not realizing
she's about to be grabbed by a baby. 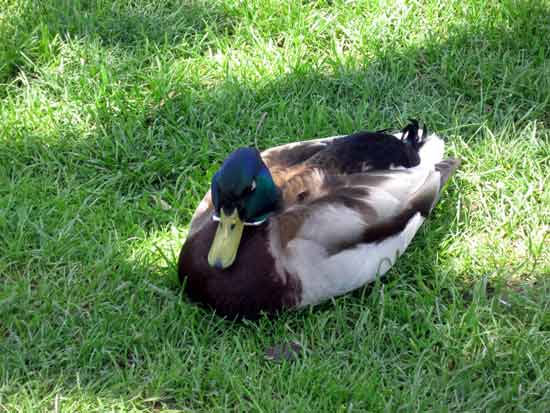 Duck! KFP was very excited to meet live ducks at the park in Bellefonte. 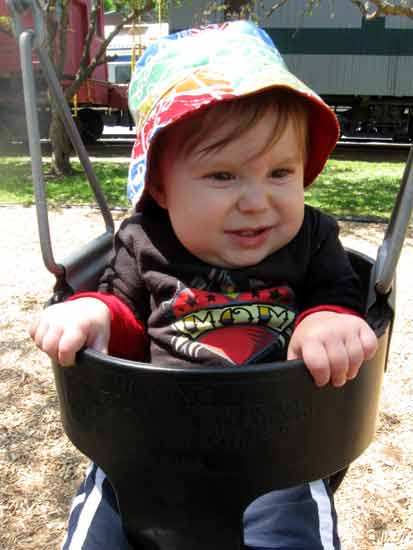 KFP enjoys a little swing time in the park. 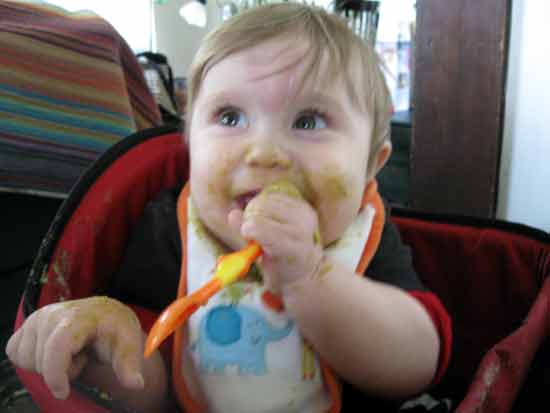 KFP smears his lunch all over his face. 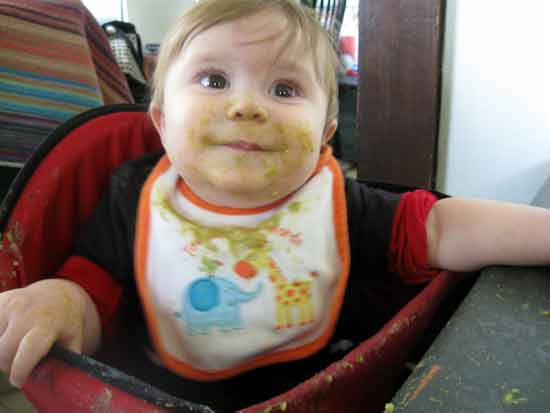 KFP enjoys his lunch: a little too much!
We used a portable chair that hooked onto the table
and was, sadly, hard to clean! 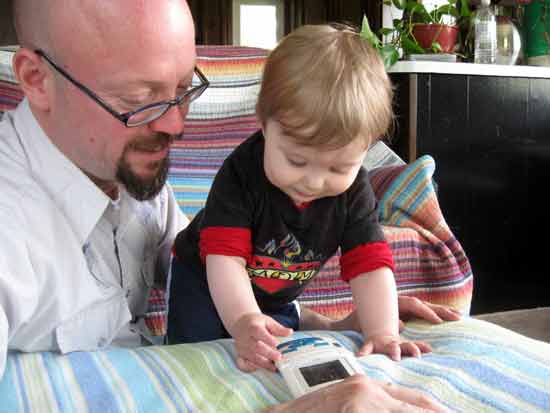 KFP was fascinated by playing with a timer.
He set his food to cook at
75 degrees for nine hours. That should do it! 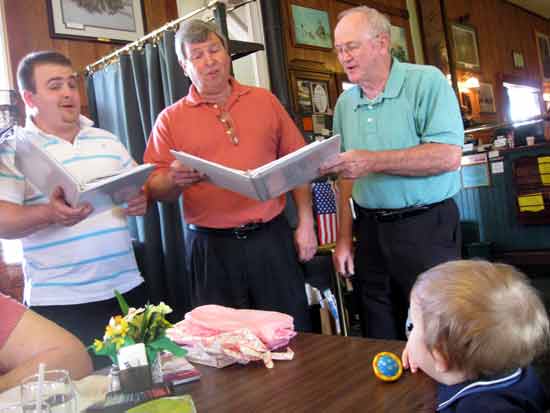 When we went to dinner with my mom on Sunday
at The Whistle Stop in Centre Hall,
a barbershop quartet called, I believe, The Decades,
serenaded KFP with Beatles songs. 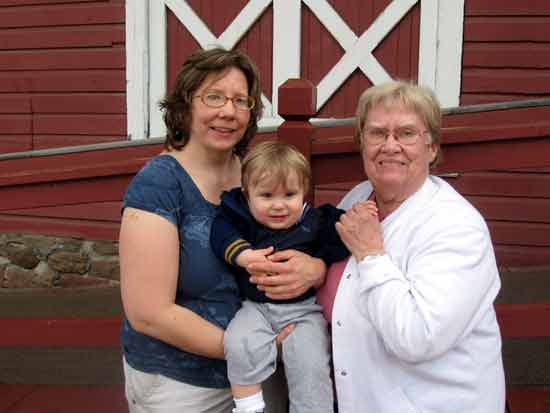 Me with KFP and my mom after our Mother's Day dinner.
First pic of the three of us together! 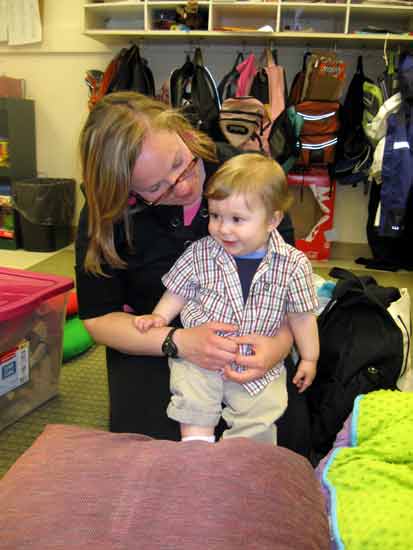 On Monday, I gave a presentation about poetry
to 2nd and 3rd graders at my sister's school.
KFP enjoyed his first day in school. Here, he spends time
with his aunt in a little corner she set up for them. 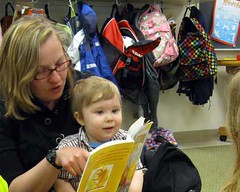 His aunt reads a book to KFP in the school.
He was surrounded by admiring students,
but I promised my sister not to publish pics of them. 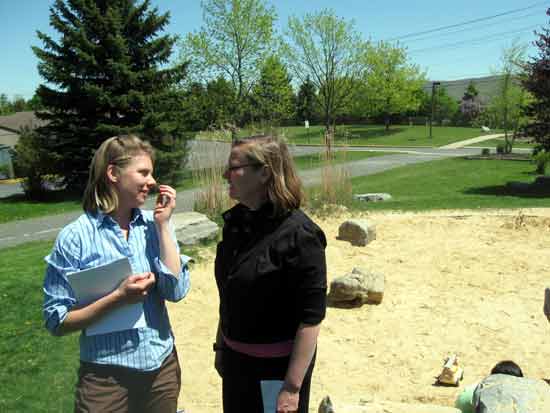 My sister consults with a fellow teacher during the poetry exercise we did outside.
After reading them some poems and explaining free verse,
we went outside for 5 minutes of free writing
and then 15 minutes of creating poems from the free writing. 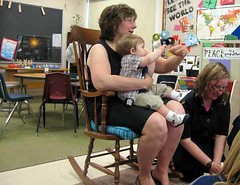 After the exercise, the students shared their poems with us,
while I held KFP in a rocking chair and my sister
helped me draw names randomly. The poems were amazing,
employing alliteration, metaphor and other techniques I'd mentioned. 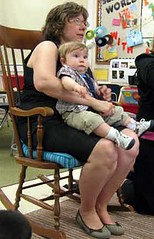 KFP was fascinated by the other children.
You can tell from the wide-eyed look on his face
as he looks off-camera, where
a student is reading a poem.

As always, click on any of the above photos for a larger size.

Moral:
It's hard to share photos in a timely way with a baby in the picture.