Now that I'm done with the new issue of Wild Violet, I can begin to get caught up on things I wanted to share in my blog. At long last, here are photos from Friday of Otakon 2011. 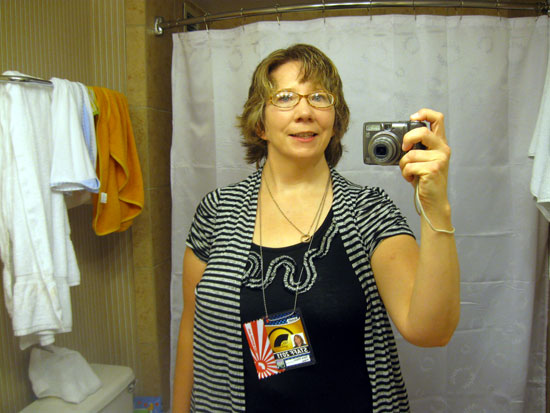 Me in the mirror on Friday morning,
wearing one of the outfits I bought for the event. 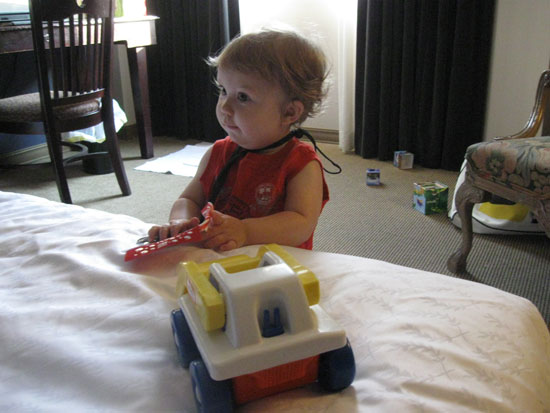 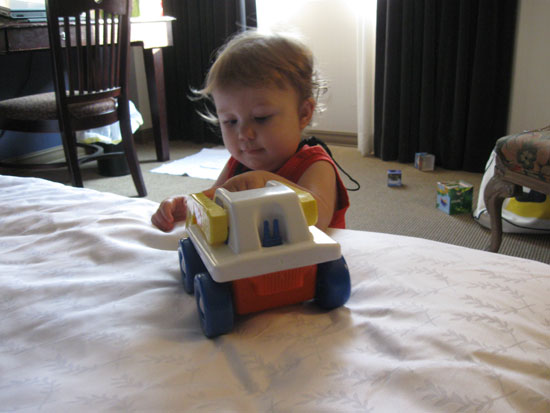 KFP had fun playing with his truck on the hotel bed. 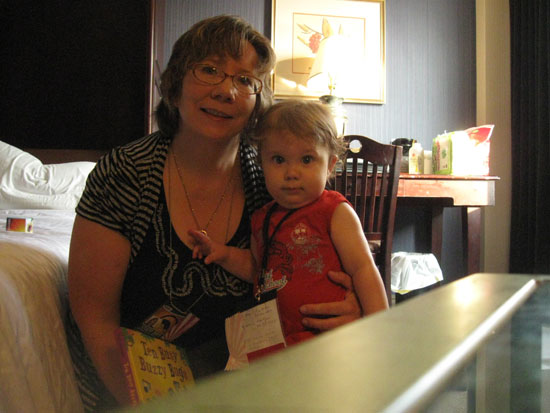 Me and KFP in our room on Friday morning. 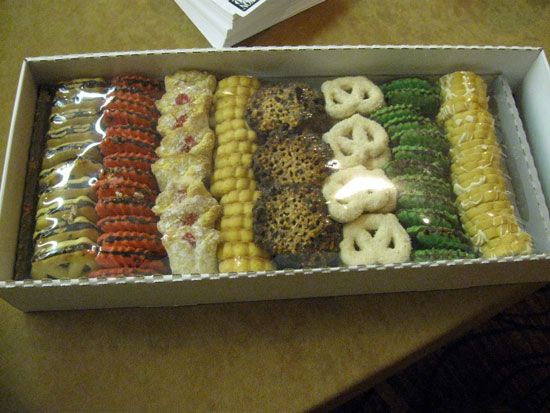 This tray of cookies was provided for Press Ops staff by the Rock Chick. 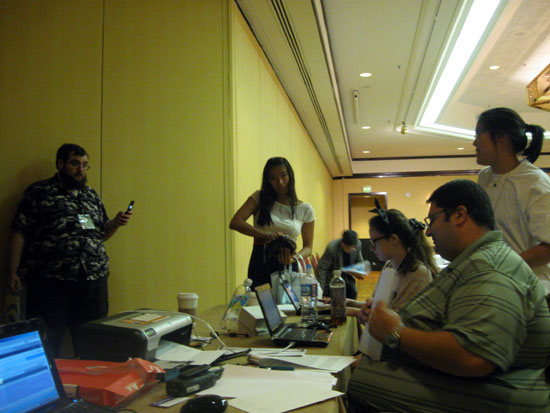 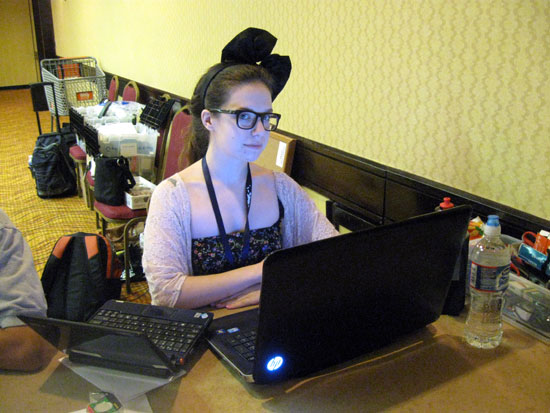 The Rock Chick gets some work done in Press Ops. 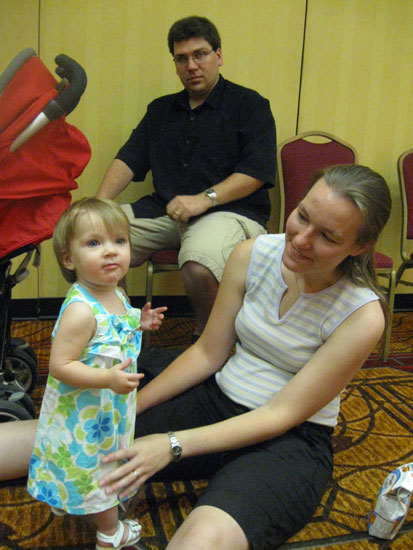 The one-year-old daughter of some former Otakon staff members
came by Press Relations with her parents. 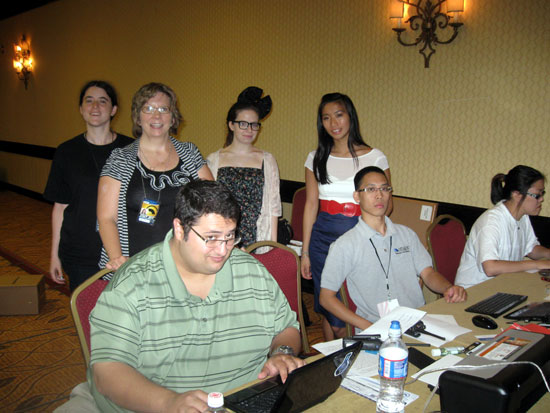 Most of the Press Relations staffers (but we're missing a couple). 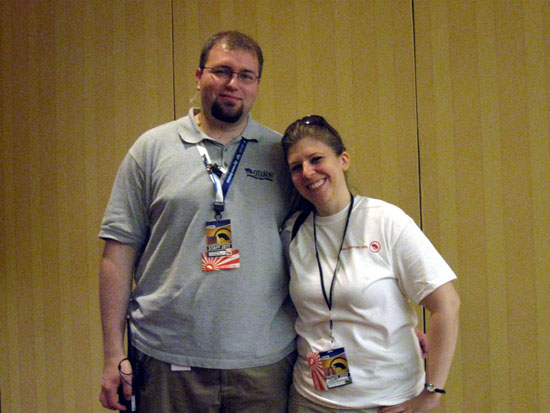 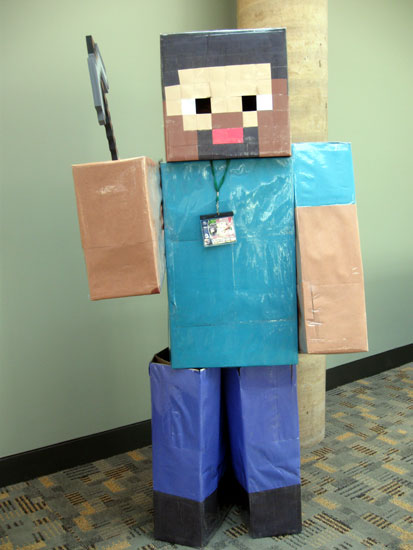 This costume is of Steve from the popular computer game Minecraft.
This year it was the only costume I photographed! 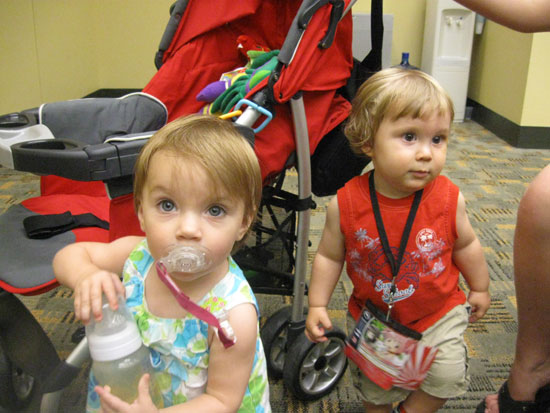 KFP plays with the one-year-old daughter of a former staffer.
He came by with The Gryphon at lunchtime. 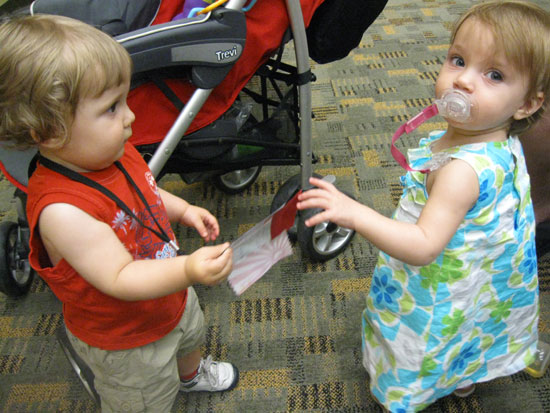 The badge around KFP's neck became too much
of a temptation for the other baby. 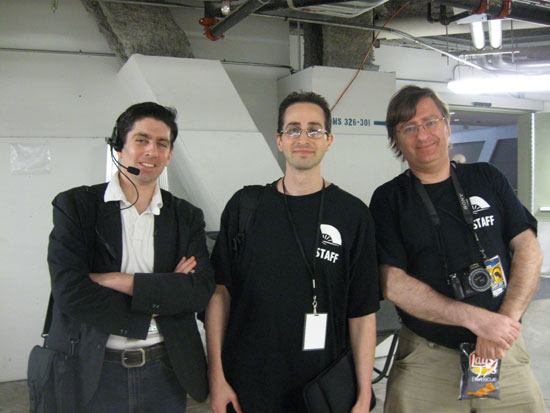 Three fellow staffers, including the AMV Editor and the Video Editor.

After I was done for the day, I had some dinner with The Gryphon and then took over mothering duties. I drove to visit a friend, The Poet, who has a son a little older than KFP. 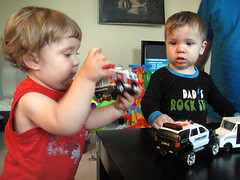 KFP and The Poet's youngest son engaged in some parallel play with trucks. 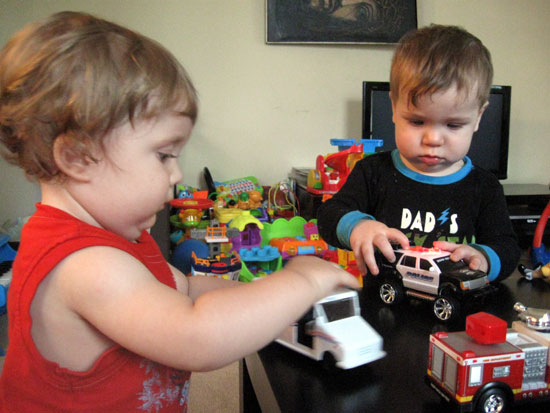 KFP and The Poet's youngest son play with trucks. 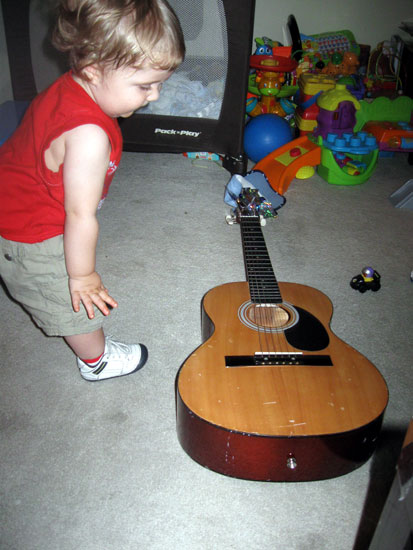 KFP was delighted with The Poet's guitar. 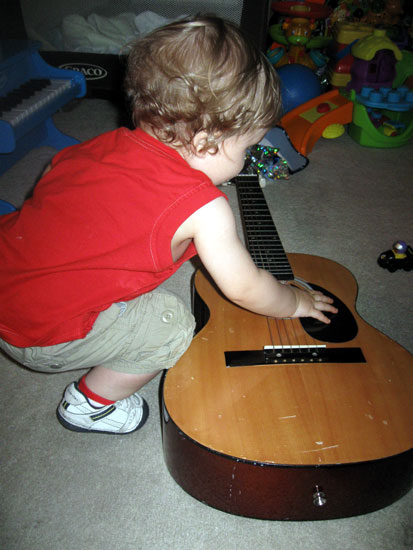 KFP makes an attempt at strumming a guitar. 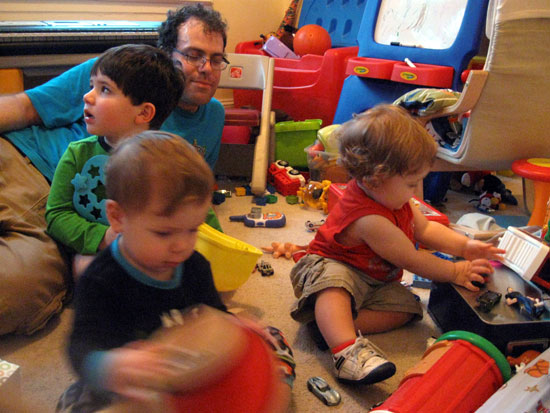 KFP was delighted to discover the oldest boy's room was full of toys. 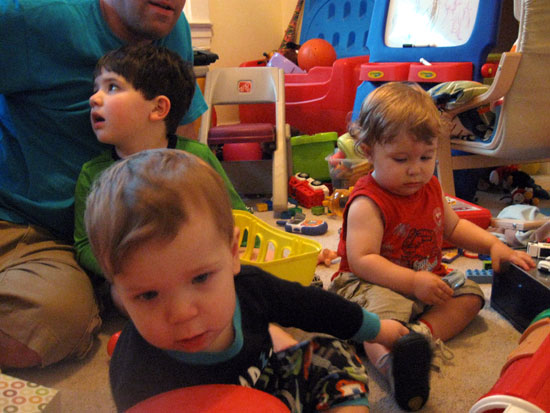 The Poet, his two sons, and Kung Fu Panda play with a roomful of toys. 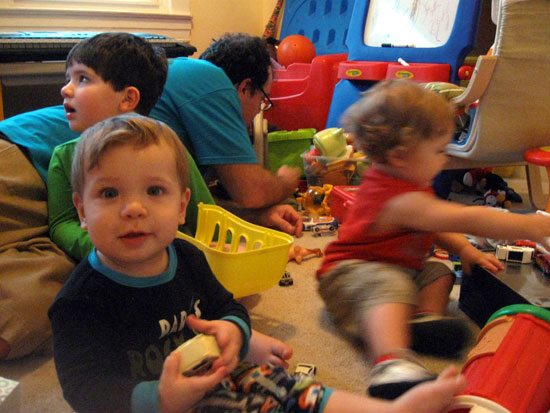