Photos from Saturday at Otakon 2011

I finally got a chance to get together my pictures from Saturday of Otakon 2011. This took longer than it might have, because some of the photos, of my friend The Water Ballerina's water ballet, were taken with my video camera (which can take still shots and has a better zoom than my regular camera). I was also trying to convert some videos of the water ballet performance, but they were too long and kept crashing my computer. Guess my high-definition camera is not that compatible with my 7-year-old desktop PC!

At any rate, after long last, here are my Saturday photos, only a couple of months late. 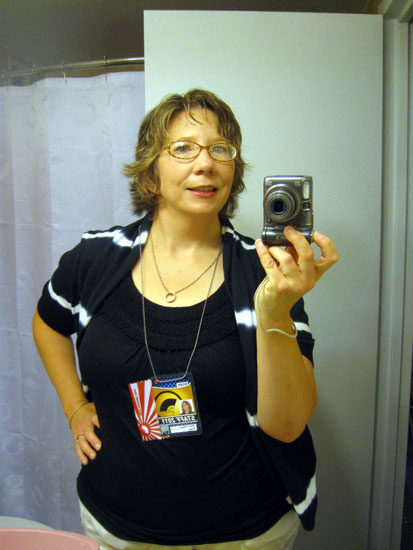 Me in the mirror on Saturday morning of Otakon 2011. 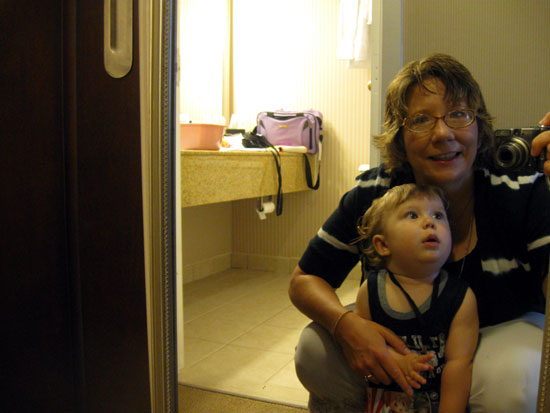 Me and my Kung Fu Panda in the mirror. 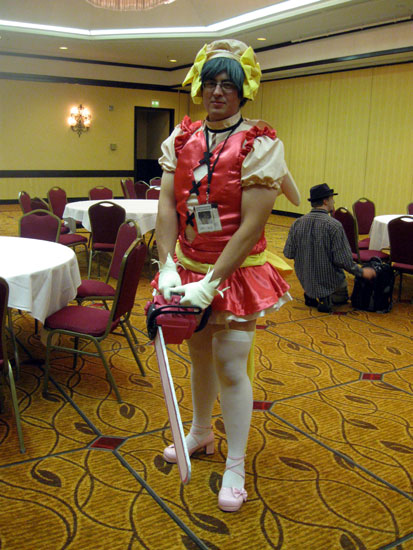 A member of the registered press got into
the spirit of the day and wore a costume. 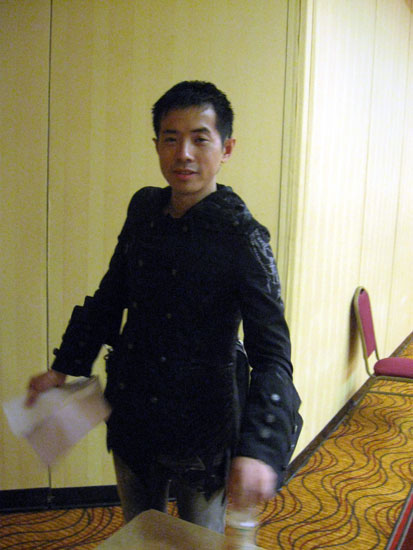 A Guests Relations staffer, dressed
in a fashion-forward jacket.

We had lunch at a special reception in the hotel, and The Gryphon brought our Kung Fu Panda, who went a little berserk, running around and shrieking happily. 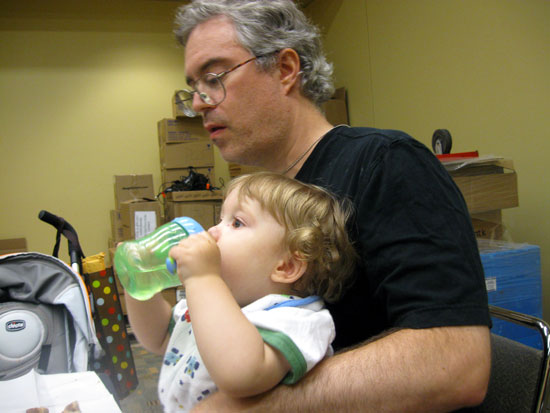 The Gryphon and I got together to have lunch with our Kung Fu Panda.

After I finished with work that night, I took KFP to the Water Ballerina's water ballet performance with the group Fluid Movement. After a while, it was difficult for me to pay attention, because KFP tired of watching and wanted to run around instead, so I went with him, picking him up for the musical numbers so we could watch. 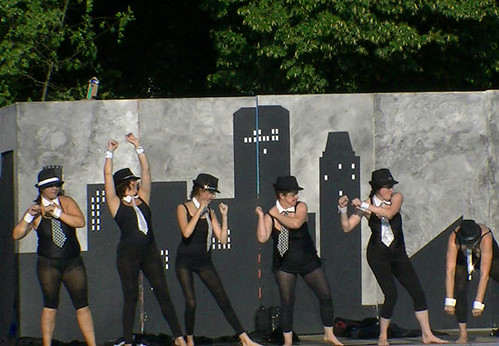 My friend, the Water Ballerina, was in the opening number of the performance. 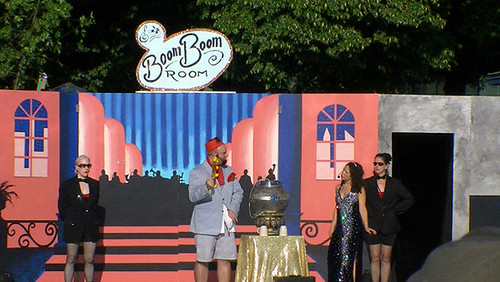 The female lead of the production visits a restaurant
and gets involved in the intrigue. 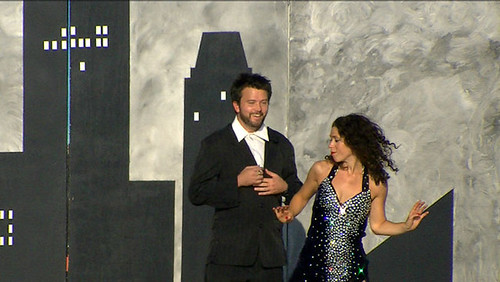 The romantic leads of the water ballet
dance against the Baltimore skyline. 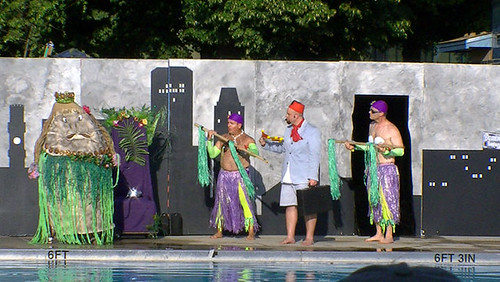 After the performance, we changed into bathing suits, had some dinner (hot dogs, soda and various sides), and swam in the pool with the Water Ballerina until the lifeguards made us get out.

Moral:
Toddlers love to run around!