For the first time since he was born, we attended a party at The White Rabbit's house without our Kung Fu Panda, who stayed at home with our friend, The Improv Lawyer. It was like old times: getting silly with friends, building off each other's conversations, and being told several times that I was "cut off," despite the fact that I only had 2 1/2 drinks the entire evening.

Perhaps it was the mix of people attending, or perhaps it was because I didn't have to interrupt myself to change diapers or provide toddler hugs, but I felt like I was in college again. I stopped drinking early in the evening, after my second drink, because I started getting a dehydration headache. I stuck to water and soda the rest of the evening, but because I kept coming up with non-sequiturs, I was told multiple times that I was "cut off."

Over the course of the evening, topics with various groups included: introducing Monty Python to kids; why the '80s were a joke (and we were the punchline); attempting to Google old pictures of The Photographer by typing his name, "big hair" and "skinny tie"; and a freewheeling nonsensical conversation about how you could prove whether Schrodinger's Cat was alive or dead by shaking the box and listening to it meow, along with how to determine what was real and not real based on whether or not a cat was involved (trust me: it was terribly funny).

Here's the photo highlights, which for once show people other than KFP. 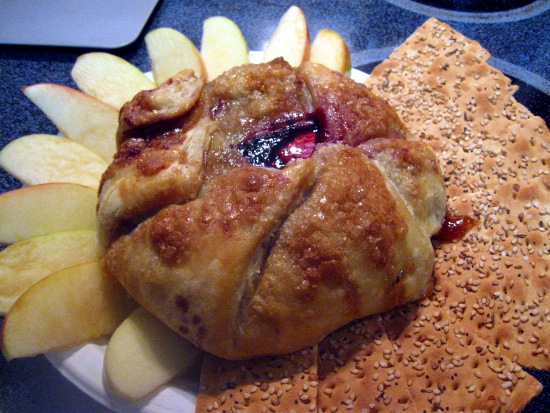 A delicious baked brie, made by my wonderful husband, The Gryphon.
It was demolished in short order. 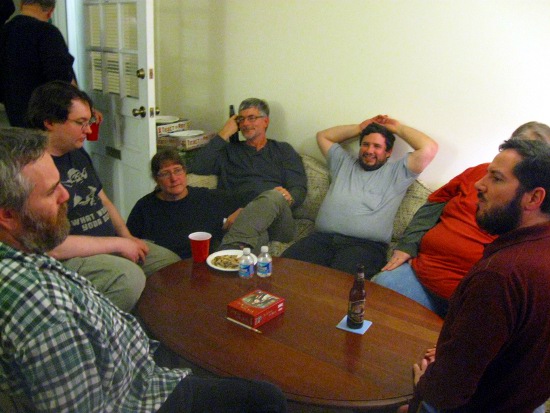 Good friends and good conversation. (from left) The Big Kahuna, Batman, The Cousin,
The Photographer, Pimp Daddy, The Con Ops Guru and The Devil's Advocate. 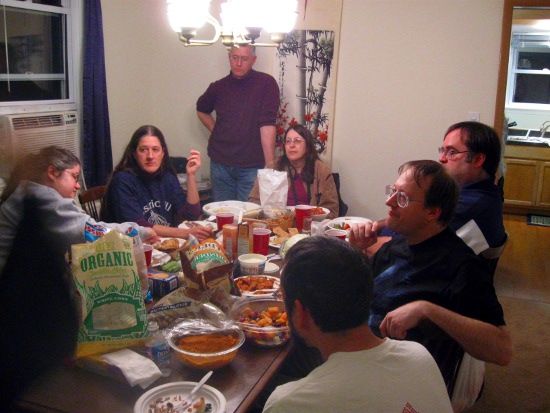 It's hard to tell from this photo how animated the conversations got. (from left) The Paper, The Warrior Princess,
The Quiet Man, The Fruit Lady, The Treasurer, The White Rabbit, and the Court Wizard. 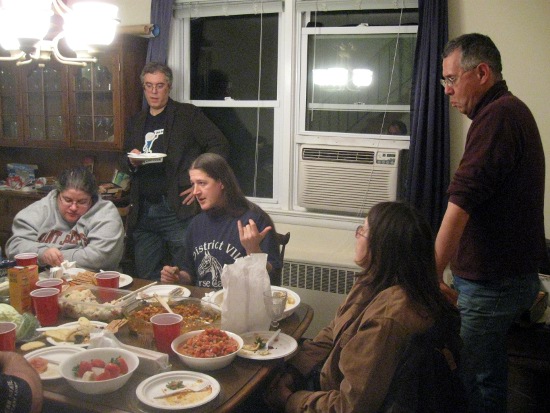 Friends gather around the table to talk. (from left) The Paper,
my husband The Gryphon, The Warrior Princess, The Quiet Man, The Fruit Lady 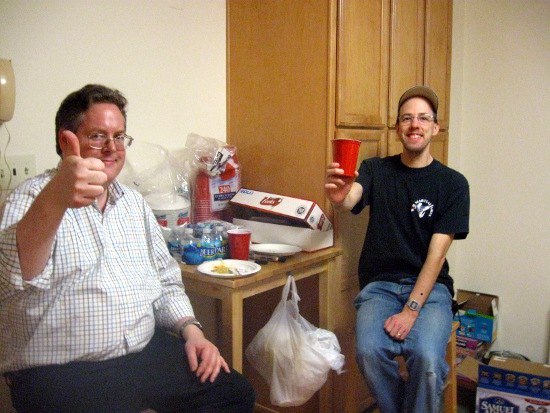 The March Hare and The Martial Artist hanging in the kitchen. 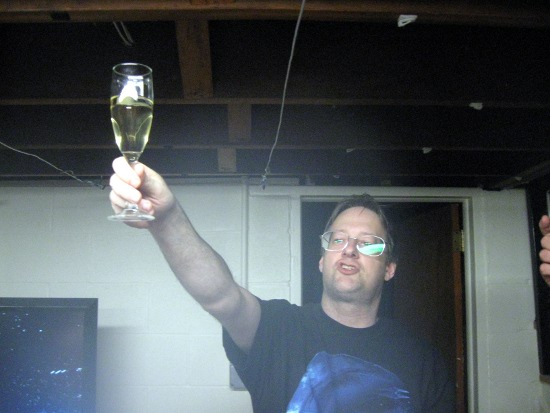 Our host, The White Rabbit, toasts the new year. 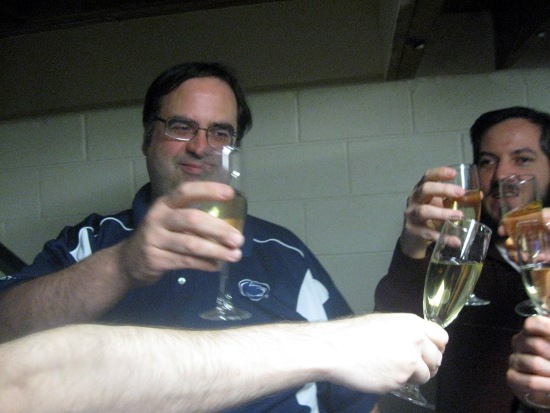 The Treasurer and The Devil's Advocate toast the new year. 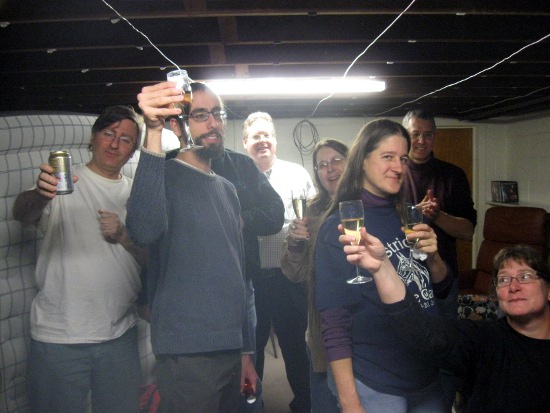 (from left) The Video Editor, The Court Wizard, The March Hare,
The Fruit Lady, The Warrior Princess and The Cousin bring in the new year. 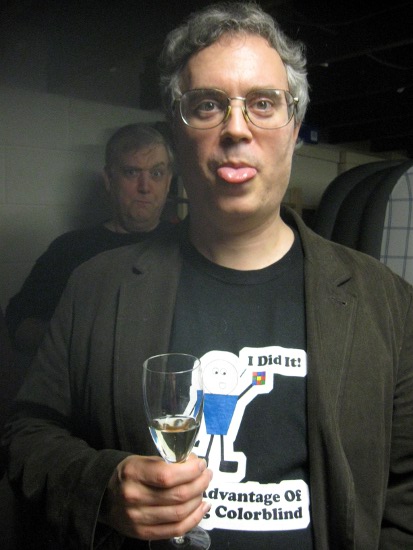 The Gryphon celebrates with the first raspberry of the new year. 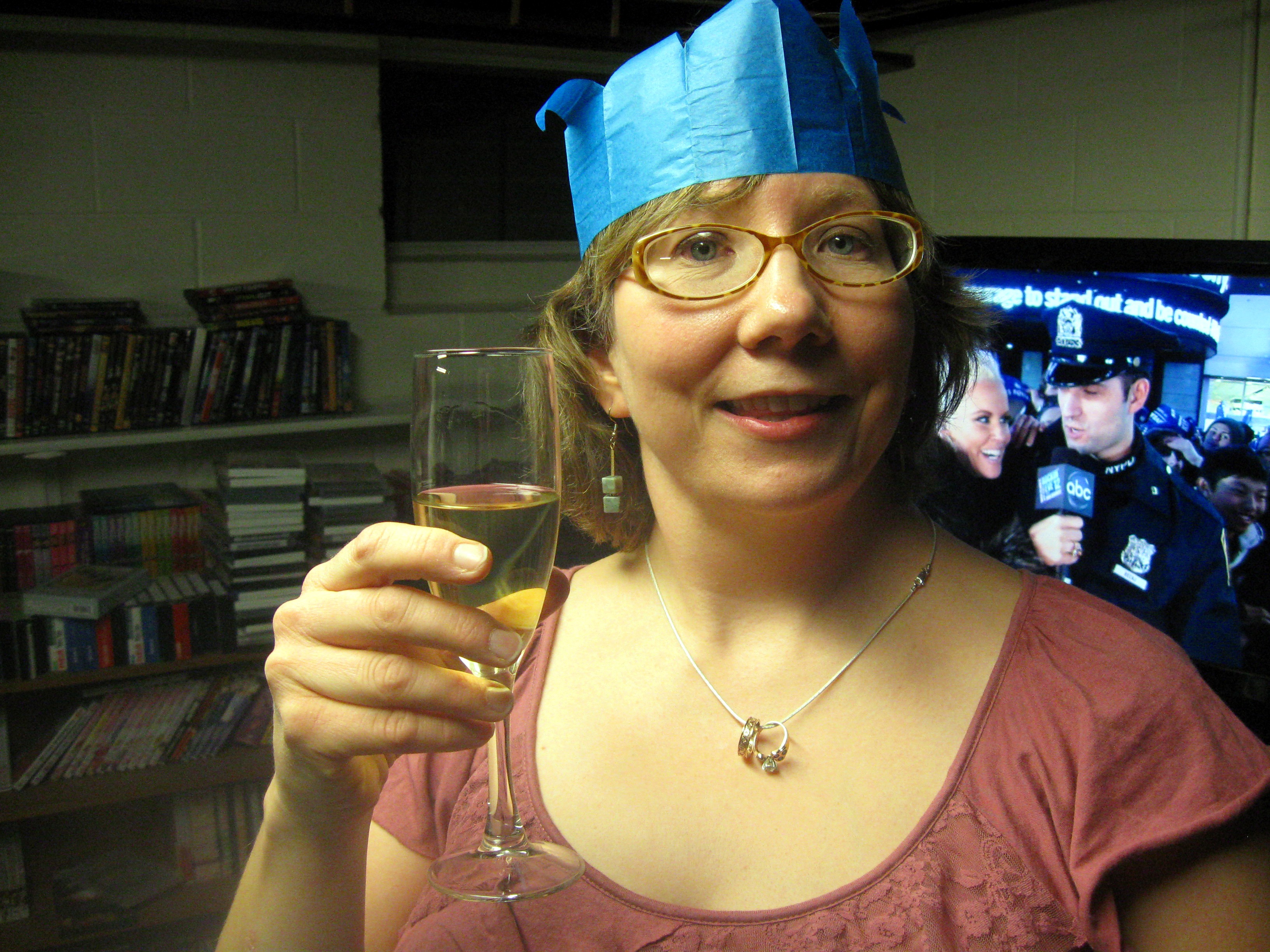 Moral:
Parties without toddlers in tow can be more relaxing.