I've collected a number of sidewalk chalk drawings, taken with my cell phone while walking my dog in our local neighborhood.

First, a drawing of a house that I collected in June. I've noticed that, since there are many rowhouses in our suburb, the children often draw tall, narrow houses, unlike the squat, two-story houses of rural children. 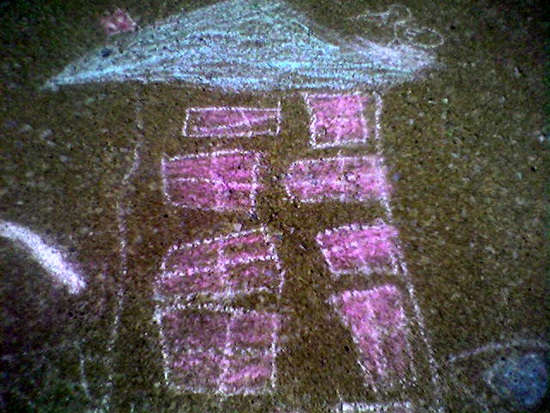 Also collected in June, the very next day, I found a primitive drawing of a child. Like the house drawing, this appeared on a sidewalk near a day-care center, so I imagine the artist is fairly young. 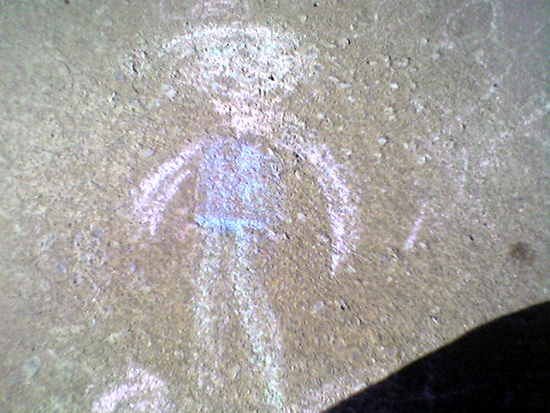 The next three photos were all taken the same day in late June, just down the street from me. Some older girls, about 9 or 10, were decorating the sidewalks near their houses with carefully drawn and outlined works. The first, a series of hearts, is one of my favorites since it was drawn on a section of sidewalk containing footprints which become almost a part of the drawing. In fact, they've even colored in a couple of them. 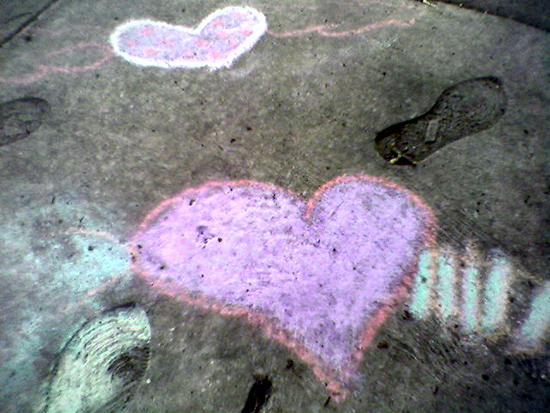 I guess you could call this next one pop art. 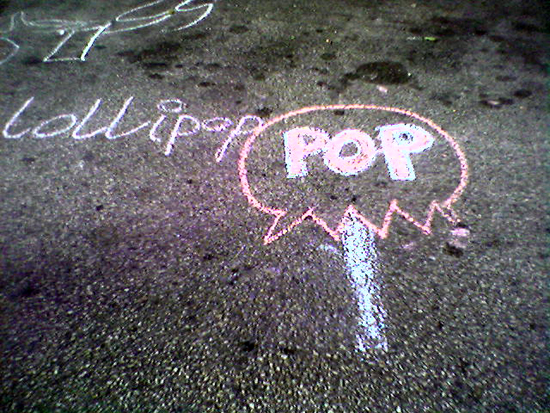 The third and final drawing by these artists seems to be a stylized compass, although I didn't bother to check if it really pointed North. Given the carefulness with which these girls made these drawings, I wouldn't be surprised if it did. Because they outlined them so thickly, the drawings lasted several weeks. 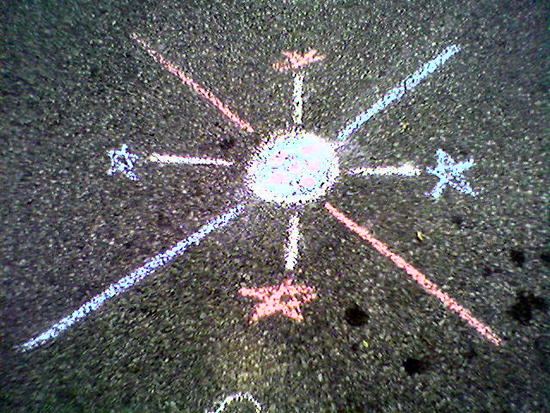 The final drawing was collected in early July and shows a little girl basking under a smiling sun, near what appears to be two distant palm trees. This drawing seems a perfect coda to the summer. 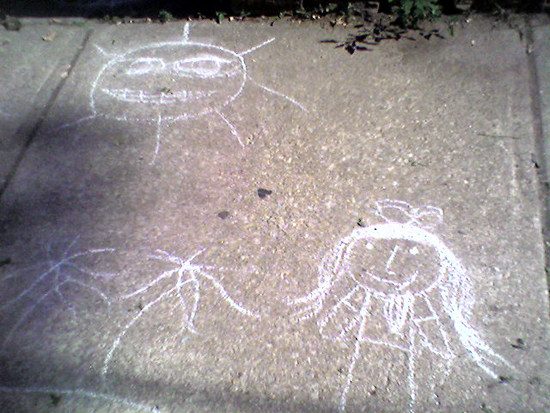 Moral:
You don't have to go to a gallery to see an art show.