A note from Alyce: Since writing this entry, further research has led me to conclude that my family is not related to the Carter family from Virginia. In fact, my ancestor, George Carter, was an immigrant from Bucklebury, England, which is currently where my path ends for that line, exactly the same place it did for my grandmother. However, I am hoping that since he was Quaker, I will be able to get some assistance from some genealogical socities in England that focus on Quaker ancestry. When I make new discoveries, I will post about them and list them here. But unless my George Carter had connectionns to the noble Carters, who didn't live terribly far away but travel was more difficiult back then, it's unlikely I'm actually related to President Carter.

Looking for a new challenge, I started following a line on my paternal side: Ruth Carter, my third-great-grandfather, married to Milton Marshall. Here's a fabulous photo of him when he was an old man, which I recently discovered tucked into a drawer at my Dad's house: 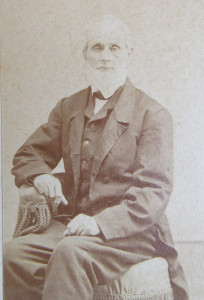 The Carter family is well-documented, and I managed to trace them all the way back to Kings Langley in Hertfordshire, England. Does that town name sound a bit familiar? Sounds a lot like King's Landing from "Game of Thrones," right? Well, it turns out that Kings Langley was the home of Kings Langley Palace, a royal palace of the Plantagenet kings of England. The 12th Century parish church houses the tomb of The 12th century parish church of All Saints' houses the tomb of Edmund of Langley (1341–1402), the first Duke of York.

Having just watched a DVD extra from Season 5 of "Game of Thrones," I know that many elements of the plotline were loosely based on the War of the Roses, fought between two branches of the royal House of Plantagenet, the Yorks (Starks) and the Lancasters (Lannisters).

My ancestors were not members of the royal households, but they did hold titles. Mainly, John Carter and Margaret Frazier were the lord and lady of Cusworth, according to a fellow genealogist (and distant cousin). I will have to see if I can find out more about them.

One of the pieces of information I came across was the fact that Jimmy Carter, the 38th president of the United States, was also a direct descendant of Lord and Lady Cusworth. I found a short genealogy of his family on his presidential library site, which gave me some very useful information, such as the fact that his family line came to America in 1750 with Kindred Carter, who has a blessedly unique name (unlike the oodles of Williams, Johns, Thomases and Richards in the Carter family). I was able to determine that our last common ancestor was John William Nicholas de Carter and Lady Ann Alice de Croxton, with President Carter descending from their son Richard (1495-1558) and my line descending from Thomas Carter (1495-1521). I suppose they were probably twins?

I am hoping that I will be able to find some sort of genealogical or historical book on the Carter family in Hertfordshire that would give me more information as well as help me pin down the names of the siblings of my various ancestors. A lot of the information on Ancestry.com is wildly inaccurate when you get this far back, because all it takes is one person misinterpreting documents, and then a bunch of other people copying the same information onto their trees, to end up with a genealogy that makes absolutely no sense (like people having kids at age 9 or getting married after they'd died). I will say that the Carter family was renowned for having large families or 12 to 15 siblings, probably due to getting married young and having long lifespans, especially for the times! By now, there must thousands of descendants of John Carter and Margaret Frazier, the Lord and Lady of Cusworth.

Incidentally, just in case you were counting, by my reckoning, President Carter is my first cousin, 14 times removed! 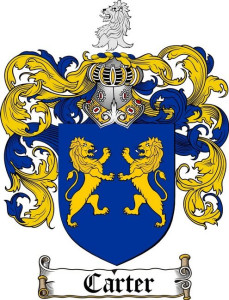 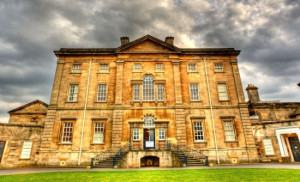 Cusworth Hall, reportedly haunted. Built in the 18th Century, so not where my ancestors lived. 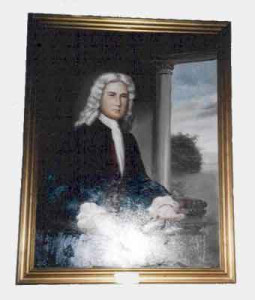