This is my entry for Second Chance Idol (http://www.therealljidol.dreamwidth.org). This week we get an open topic, meaning we can write about anything. I'll update later when there is a voting link to share. 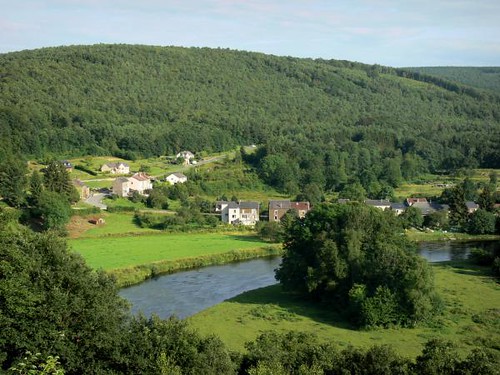 The Ardennes region of France, a bright green valley with clear-running stream and tiny white buildings.

And in this way, I unravel our path:
from my hometown in Central Pennsylvania
back through Pennsylvania Coal Country
to Philadelphia
by way of New York City
through The Netherlands
to the Champagne-Ardenne region of France.

My father believes I have a "French nose,"
perhaps a mitochrondrial trait, if I am,
indeed, descended from these French
Huguenots, whose ancient roots
sprung from fertile earth in Picardy,
north of Paris. That green place
birthed Pierre Cresson, gardener
to the Prince of Orange, known as
Pierre le Gardinier. From Picardy, perhaps,
the seed of my mother's green thumb,
her love of botany: documented in the bright
pastels she left behind.

As I weed the path from Cathrina
to Susannah, I wonder what we share.
The way we bite our lips in thought?
Our clear-eyed ability
to evaluate those around us? Powers
of perception, elevated or earthly?
My mother's bright blue eyes,
my Nana's hazel laughter,
great-grandmother's stoic stare,
great-great-grandmother's poise.
So different, all of them, but I see
the thread unwinding. I long
to tell our stories, the oft-forgotten
others of history books. From "wife of"
to mother, grandmother, matriarch. 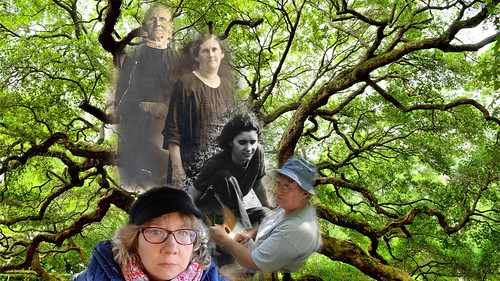