This is my entry for Week 2 of LJ Idol, Season 11 ([Bad username: http://www.therealljidol.com]. This week's topic is "Living rent-free in your head."

Cradling his too-small body in my arms, I suspected something wrong about this tactile memory. Like a real-life flashback, I held his still form, stroked his oversized alien head. Only a moment before, I had been in a doctor's office, learning disturbing information. He reminded me that before I'd had my son, I'd had a miscarriage and lost a boy.

"Why don't I remember it?" I demanded.

His answer seemed too easy. "Because you got pregnant again so soon afterwards and carried that child to term."

None of it made sense, until I awoke and realized whose dream I'd been having. For several years, since her death, I've been slowly turning into my mother. 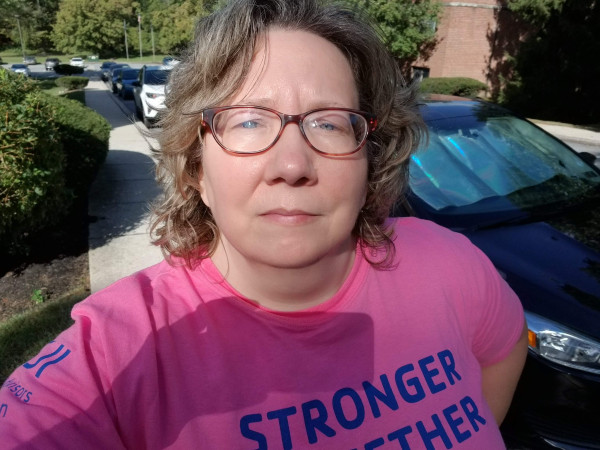 Me in October 2019, wearing a pink shirt and looking a bit sad 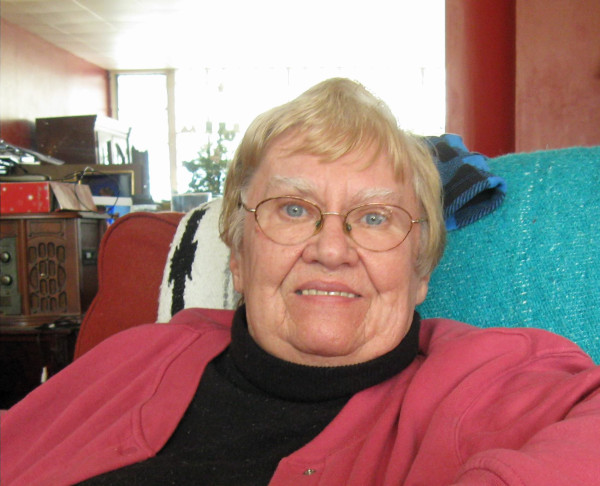 My mom in December 2013, wearing pink. Those blue eyes, that smile. I see me.
The boy had a name: James. And though he'd only grown inside my mother for about six to eight weeks -- the size of a fingernail, she told me -- I'd always been fascinated by him. My mother got pregnant with me only a short time after the miscarriage. He was the boy who died so that I might live, because if he'd been carried to term, I never would have existed.

For years, I felt my ghostly older brother following me: a protective presence just behind my left shoulder. Once, on a magical night in college, walking through dark trees on a shortcut to my apartment, I thought I glimpsed a being of light, like an outline, behind me. A benevolent young man, slightly older than me.

I haven't thought of him for years.

In these days since Mom's sudden exit, I've traversed grieving passages -- from sleepless weeping to more normal routines. Always, she lurks beneath surfaces: sometimes, a bon mot she shared with me, sometimes the desire to photograph scenes she would have painted in bright, impossible colors.

Only now I'm realizing the impact of these last several years. I've eaten so much grief I see her in the mirror: from those last days when my sister, brother and I tried to push her past her knee pains to get healthier. I've caught myself biting my lip in thought, the way she did so often.

For months, initially, she'd come to me in sleep, exactly as she'd been. Too painful, upon waking, to remember her gone. So at last, in slumber, I told her, "You're dead!" as one might tell a pesky child.

"I know," she said, sounding hurt. "But I wanted to see how you're doing."