This is my entry for Week 3 of LJ Idol (

therealljidol). The topic this week is "Everything Looks like a Nail."

He reminded her of Dr. Who. Not the woman, and not the older Scottish one, but the cute nerdy one with the bowties and fedoras. Tall and endearingly awkward, he had a shy, boyish smile that counterpointed the discerning intelligence in his hazel eyes. But as the only dad who turned up to the weekly Bibs and Books Storytime at the local library, he didn't have to look like a Time Lord to stand out.

Desiree was focused on her son, David, the first time the Time Lord arrived. At that moment, her curly-haired little boy was wailing because a younger toddler had knocked over the block tower he'd just built. As she comforted David, she became aware of someone to her right, sweeping the spilled blocks into a pile.

When he'd finished, the Time Lord said to her, "Jade cries whenever someone knocks over her towers, too. If he wants, maybe she can help him build another."

The little dark-haired girl already had a block in her hand, carefully laying it atop a long flat one.

"Look, David," she said to her son. "You can build together, if you want." She didn't expect him to do so: at his young age, he'd rarely showed any interest in other children, except when they stole a toy or knocked over a creation.

Much to her delight, her son bounced back from his tears and added a block to the girl's tower. And even when the new tower inevitably collapsed, David chirpily kept placing blocks with his new friend. She'd never seen anything like it.

"I'm Desiree," she told the stranger, as he bent his angular frame down onto the floor next to his daughter.

The next week, the kids sought each other out in an almost accidental way: David vroom-vroomed a wooden truck past Jade's section of colorful carpet, and Jade placed a teddy bear squarely in his path. After much honking, she picked up the teddy bear and squished it down on top of the truck. Instead of making him cry, David laughed. "Bear, no!" he said, and drove the truck wildly until the bear fell off.

So once again, Desiree found herself talking to the little girl's dad. In a way, it wasn't surprising they would have so much in common. They were, after all, both work-at-home parents. She was a freelance editor, while he was an IT consultant. Both had spouses with desk jobs, but both claimed they didn't miss the daily grind. The opportunity to stay home with their kids, they agreed, was worth it.

There, the similarities ended. He was a decade younger -- not a surprise, given that she'd been nearly 40 when she had her one and only child. Niall talked easily about scientific concepts, while Desiree was lost unless the topic encompassed film or literature.

Over the next few weeks, she recognized, in him, the same somewhat glazed glow of a first-time parent. Sleep deprivation may have made her care less about bad hair days, but frizzy hair on him looked delicious, she had to admit.

He could speak German. When he told her that, she asked him to speak some. He spilled out a long phrase, looking in her eyes, and she shivered involuntarily.

One day, he saw her sit down on an overstuffed chair and hopped across the floor to sit cross-legged at her feet. That's the day she realized she'd been thinking about him perhaps more than appropriate for the married mother of a toddler. She'd even begun putting on a little lip gloss before story time.

She inhaled abruptly, made an excuse, and took David to the bathroom for an unnecessary diaper change. For the rest of the session, she tried not steal so many sidelong glances at Niall. When he looked back with that crooked smile, her heart nearly stopped.

Then, later that week, she was reading an article about the latest season of her favorite streaming television show. The female creator, who was also the star, talked about what was so appealing in that season's love interest. "He really listens," she told the interviewer. "You should try it, guys."

Perhaps that was it, Desiree mused as she buttoned up David for a stroll around the neighborhood so that he would take a nap. As she walked past the leaves, slowly turning from green to shades of lemon and cranberry, she reflected on all the unrequited loves of her life. How different those boys had all been, but something about them had drawn her. The way they laughed, for example, or the mix of confidence and vulnerability. The way she imagined they could be together.

Her mind reached back all those decades to remember how she'd felt back then. Drawing names in a notebook, staring longingly at a yearbook picture, imagining a perfect kiss, a quiet walk holding hands. Unsullied by realities of relationships, break-ups, hardship, those young crushes had outlived decades. She thought, naive as it was, there was something to be said for a crush. For those buoyant, hope-filled moments of unrealistic love, filling you up. 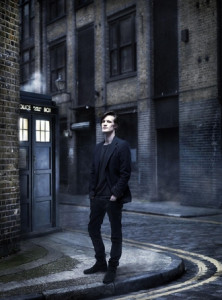