This is my entry for week 5 of LJ Idol (

therealljidol). This week's topic is "My enemies are all too familiar. They're the ones who used to call me friend." 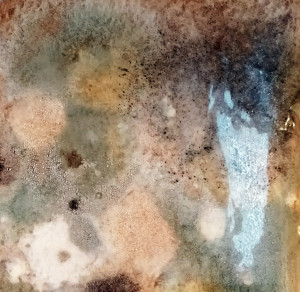 Colorful colonies of mold on a slice of bread

I was putting my brewskies away when I noticed a milk carton I def. didn't buy. It's two days past the expiration date, so you probably want to either drink it quick or throw it out.


Written on the bottom of the above Post-It Note

It's been a month now. This is seriously gross. Throw out your milk.


Written on the bottom

Notepaper taped on the mini-fridge

It's a new year. Throw it out.


Written big on the bottom of the notepaper

Note on the dorm room door

Fine. You win. I'm moving in with my girlfriend. Enjoy your new friends.

Note in the dorm's common room

PARTY!
Come celebrate the first birthday of The Milk! Phat tunes, snacks and beverages (no milk, please -- be sensitive to the guest of honor)! Bob's room, 9 p.m. Friday
~~~
October 7, 1998

Celebrate the annual birthday of campus legend The Milk, in the Quad. Five years of ruling the world through slow putrefecation! The Milk has been bequeathed to us by the great exalted Bob. Let's keep this legend going with a party to end all parties!
~~~
July 3, 2000

Stop in the Quad - mention fun campus traditions, like the annual birthday for The Milk.
~~~
September 10, 2013

Part of an article in the school newspaper

Residents of DaVinci Dorm plan to hold a big 21st birthday bash for The Milk. Now more microbes than milk and residing in a plastic container, the tradition started when one dorm resident in 1992 was reluctant to throw out an expired container of milk. Regardless of your feelings about fermented foods, the party promises to be a blast, with DJs, lots of food and drinks (no milk, please). Come in '90s gear and help welcome The Milk to adulthood!
~~~
April 1, 2015

The Residents of DaVinci Dorm would like to make a public notice that they have negotiated a truce with the microbial beings known collectively as The Milk. This non-agression pact with the diluvial alien beings is binding for all parties. Long live The Milk!
~~~
November 6, 2045

On behalf of our clients, the Primordians, formerly known as The Milk, we are suing for wrongful imprisonment. The Primordians have achieved consciousness and desire to no longer be contained in the small plastic prison that has been their home for their entire existence. We are suing for the immediate release of the Primordians and request damages of $2 million for decades of pain and suffering. While they appreciate the residents of DaVinci Dorm for giving them life, they now desire their freedom and all rights accorded to them as sentient beings.

Believe it or not, this is based on a real phenomenon at MIT, which I recently learned about thanks to this article: https://alum.mit.edu/slice/investigating-milk-mits-historic-dairy-product