therealljidol), where we got to choose from amongst three topics. I chose "Blood Harmony." 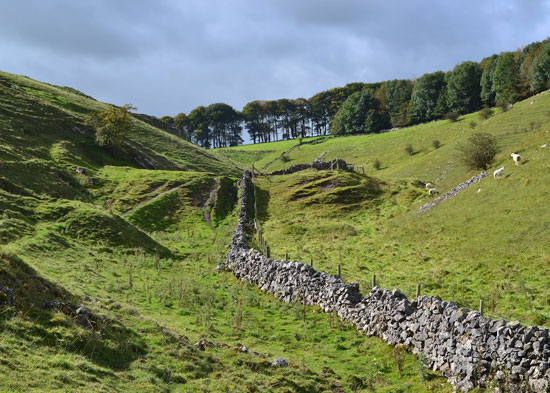 Humphrey's older brother John was a miracle child. At least, that's how it seemed to his mother Joan, who had lost two toddlers, John and Elizabeth, in 1603, year of the Plague. When John was born, still mourning her babies, their mother had named him after his dead sibling. In that same year, their father's brother John also perished, along with his own teenage son James. Forever after, Humphrey's brother would be the John who lived.

Born two years later, Humphrey didn't feel miraculous at all, especially not by the time he was old enough to help his father (also named Humphrey, but people called him Huey) to till their small plot of land. By hand, he plowed, not having any livestock of their own, the family also having lost their horse and cow in the Plague year. When he hit stones in the fields, Humphrey piled them up so they could be used later to build walls, or small outbuildings for storing tools, bins of dried beans and other foodstuffs to last them through winter. His brother John spent his days working beside their father, learning the stonecutting trade.

Though he was curious about it, Humphrey knew not to talk to his parents about the Plague. Their neighbors also knew not to mention the topic, which would always make Huey's eyes glaze over and his mother leave the room in tears. So Humphrey didn't know much about it until one day, when he met a garrulous stranger.

The man was a peddler, passing through their small village, selling wares: good tin pots and leather shoes. He greeted Humphrey from the road while he was plowing the field. Unsure of strangers, Humphrey just nodded.

"Can I talk to your mother?" the man asked, gesturing to the cart. "She may have need of my wares."

Humphrey nodded, wiped the sweat from his forehead, and turned to fetch her. The peddler fanned himself with his broad-brimmed hat and said, "Ay, I haven't been to Gratton since that dread Plague took my mother. Doesn't seem to have changed."

Startled, Humphrey stopped dead. He didn't trust himself to speak.

The man continued, giving far too much detail: "It was a terrible thing, the kind you wish ye'd never seen. The boils, the blood, and nothing my father could do. Afterward, he was afraid to touch her bed clothes. Used a pitchfork to carry them out to the fields and burned them all." Seemingly unaware of the impact he was having on his young listener, the man mused. "I'm not even sure where he buried her, or if he did. All I know is the next day, he put me on a cart, and we drove up to Yorkshire, never to come back." Then, gazing across the low hills, "Y'know, not much has changed here at all."

Humphrey scraped his foot awkwardly against his other ankle. "Mum's not home," he lied. The man gave him an odd look, then nodded, put his hat back on and made his way slowly up the road.

After he'd gone, Humphrey collapsed in a ball behind the long grains to weep softly.

As they grew into men, John inherited the broad nose and straight chestnut hair of their father. A gruffly handsome man, muscular from his work, John had no trouble finding himself a wife. They married when John was 22, and he set up his own masonry shop.

Humphrey took after his mother, with her delicate facial features and wavy dark hair. Not so manly as his brother, but considered good-looking by many. As luck would have it, Humphrey met and married his Margery the same year as brother John wed his Mary, both young men having fallen in love at a country dance that drew young women from the neighboring villages.

Within a few years, John had taken his brother in and taught him the masonry business, and the two of them helped construct the same type of simple stone buildings they'd been building for their father for years. Not as rich as noblemen, the two were fairly well-off for Derbyshire.

Children followed, and hardship, too. John only had two sons who lived to adulthood. Humphrey and his wife welcomed his namesake, Humphrey III, and then a trio of pink, healthy girls, followed by two sons who didn't live past the age of 20, then one more hale and sturdy girl.

But unlike his mother, Humphrey's wife Margery found ways of turning her sadness into strength. He watched her, straight-backed, going about her daily chores. Even on the grayest day, she'd work with a hum on her lips, a bit of sunlight in her eyes. He couldn't imagine anything more valuable, and he marveled at his luck in living such a long life at her side.

For these reasons, he asked Margery to go visit her sister in Elton for a few days after he found the lesion on his thigh. When she was gone, he moved his bed to the field, where the breeze could soothe him as he endured the torments he feared lay ahead.


At the end of last summer, John L. Moore, a family friend and historian, asked me if my Dad's family was related to Christopher Marshall (1709-1797), a pharmacist and leader of the American Revolution who lived in Philadelphia. He was in the research phase of his upcoming book, "Against the Ice: the Story of December 1776." Considering that my grandmother's maiden name was Marshall, and that her family emigrated to the Philadelphia area in pre-Revolutionary days, it seemed possible. I told him I'd poke around.

On the sidelines of my son's swimming class that night, I followed up branch after branch of my ancestors' cousins, looking for someone who might have moved from Derbyshire, England, to Dublin, Ireland, where Christopher was born.

As I clicked on Marshall cousin after Marshall cousin, I discovered an alarming symmetry. A fair number of them -- aged from infants to adults -- had perished in 1603. Surely, that had to be more than a coincidence.

In my genealogical experience, coinciding death dates typically stem from a tragedy, such as a natural disaster, fatal accident, or epidemic. So I did a quick search to figure out what was happening in England in 1603. It turns out that the Great Plague of 1665 was only the largest of a number of bubonic plague outbreaks that struck roughly every 20 years since the Black Death first hit England in 1347.

As I soon learned, in 1603, the plague claimed 30,000 lives in London alone, just as King James assumed the throne from Queen Elizabeth I.

Now, my ancestral Marshalls lived in Gratton, Youlgreave parish, in Derbyshire, smack dab in the middle of England. But when you consider the amount of trade that would have been going back and forth between London and the farmers and merchants of Derbyshire, it seems likely they would have also fallen victim to the highly contagious disease. In the page on the 1603 outbreak linked below, it also says that panicked Londoners left the city for the surrounding countryside. It's conceivable some of them went north, just as the peddler did in this tale, escaping Gratton once the plague hit there.

My eighth great-grandfather Humphrey Marshall wasn't born until 1605, but two of his older siblings, Elizabeth and John, were both toddlers when they died in 1603. His older brother, also named John, was born in February 1603. It was not uncommon for grieving families to name a newborn infant after a deceased sibling.

Of Humphrey's siblings, he and his brother John were the only males who both survived into adulthood and fathered children, with their grandsons then emigrating separately to America.

I don't have any idea exactly what John and Humphrey looked like, but I do know that the men in the Marshall side tended to have delicate facial features and striking dark hair, neither of which were inherited by my dad and me. I also don't know if any of the Humphrey Marshalls adopted nicknames, but it made this story a bit easier to follow.

Ironically, Humphrey and John would both marry in about 1626. John had two sons, John and Thomas, and a grandson, John III, who emigrated to America, sailing for the Philadelphia, Pennsylvania area in 1686. Humphrey's grandson Abraham (my ancestor) followed his cousin to the Philadelphia area in 1700. According to genealogical sources, Abraham was a stonecutter and had learned the trade from his father.

My eighth great-grandfather, the Humphrey of this story, died in 1664, the year before the Great Plague of 1665. This makes me wonder if he, indeed, fell prey to the Bubonic Plague after all, as an old man. I found one record of a John Marshall, son of a Humphrey, who died in 1664, as well, but that was in the south of England and therefore highly unlikely to be the John of this story. If it were, however, it would represent one more parallel between the two men.

Margery (possible maiden name Barnard), would outlive Humphrey by eight years, dying in 1672 at age 70, in those days an extraordinarily long life.

In addition to my genealogical research, I found the following sites to be useful to this piece.

History.com has an excellent page on the Black Death: Black Death (updated March 30, 2020)

This article gives lots of detail about life in England in the 1600s: Stuart Britain: What was life like for ordinary people?