I attended my 20th high school class reunion this past weekend, and I had a good time. While I get my thoughts together, I'm going to share some photos I took around my hometown over the course of the weekend, to set the scene.

As regular readers already know, I grew up in a small industrial town in Central Pennsylvania, which has run into rough economic times. My hometown tends to be fairly conservative, but diversity is increasing in recent years. When I worked for my hometown newspaper, I discovered that the residents are, for the most part, more open-minded than I used to believe.

First on our tour is a new mural commemorating the history of transportation in the town, which is now home to several trucking companies. 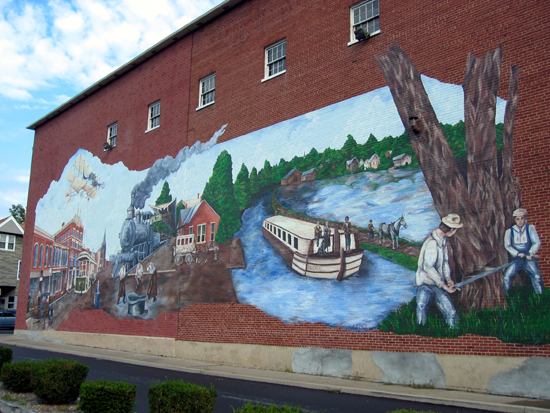 Then, the number on the door of a business on the main street. Hurricane Agnes in 1972 decimated the business district. The malls built in nearby municipalities starting in the 1980s precipitated the decline, and the final punch came from the super Wal-Mart, built a few years ago, which now gets almost all consumer business. 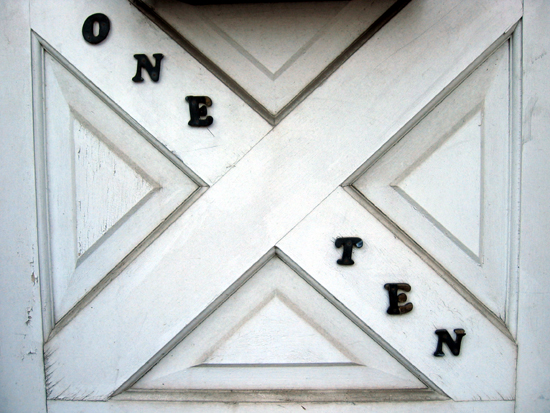 This soda machine is a new addition on the main street, nestled into a nook next to a flaking wall. I think the contrast between shiny new machine and old wall is striking. 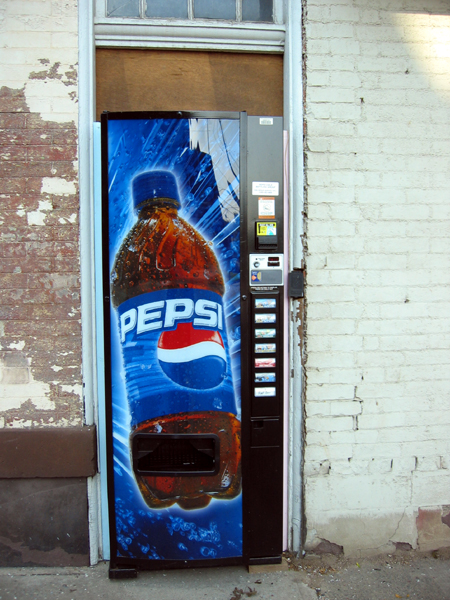 There was no dog behind this fence, so perhaps it's just a cheap form of burglar prevention. 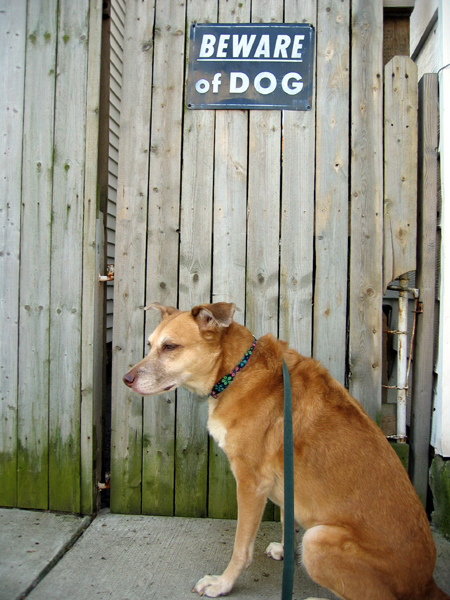 As I said, it's a very conservative town, as this church sign demonstrates. 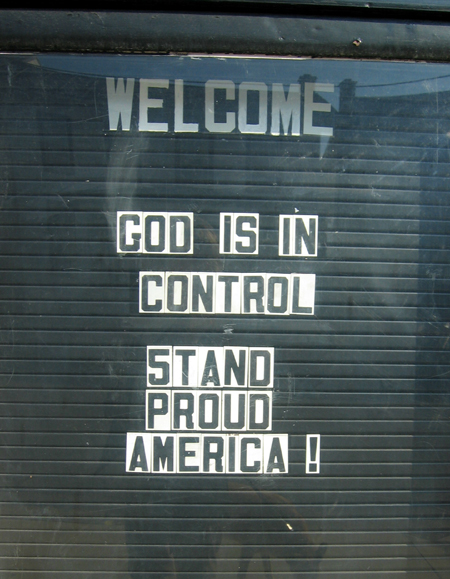 Transportation in my hometown today consists primarily of trucking, although freight trains still come through, and at least one major employer in town relies on the success of the railroad industry. This crossing sign is badly in need of repainting or replacement. 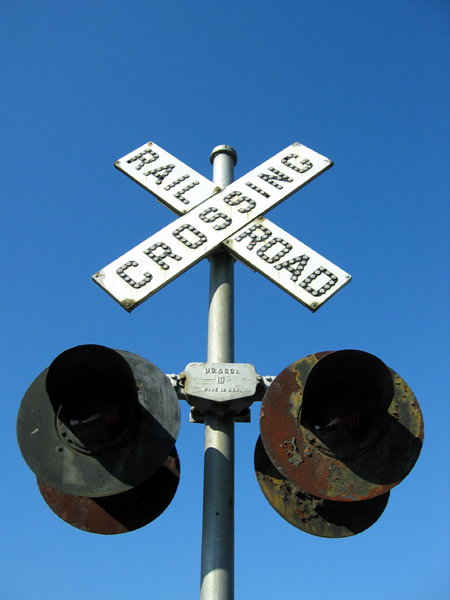 Finally, as I completed the dog walk I noticed that all the parking meters on one of the side streets have been gutted by the borough. I don't know if it's because they're finally planning on updating them or if they've decided to try to appeal to consumers by offering free parking. I'm afraid it's going to take a lot more than that to restore the economic balance in my hometown. 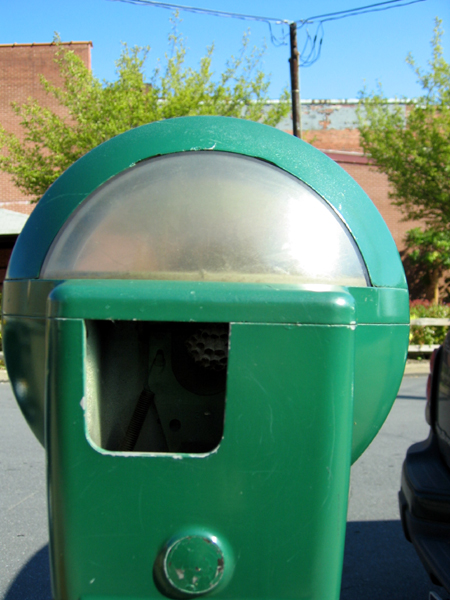