It's Friday, and it's raining, so my attention tends to wonder. Today's found items are all a bit dreamy, like the kind of things you think about, staring out the window on a gray day.

The first item was found in the parking lot of my local recycling center. It had been run over by at least one car, which added small indentations all over. The photo is of a very '80s-looking blonde, printed on a glossy, magazine-style paper. On her forehead is written, "Best Wishes, Heather." 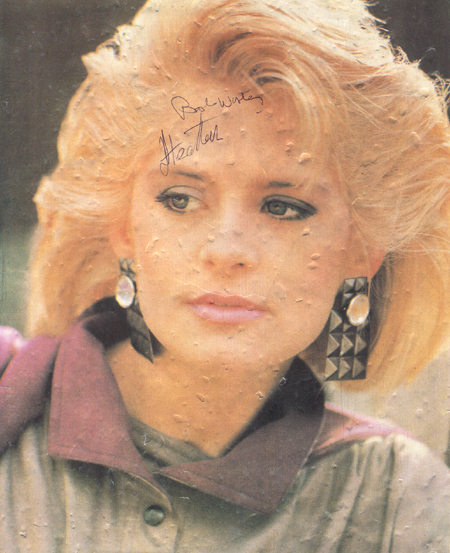 The back appears to explain who she is. It reads, "Heather, Mayor of Bantry Bay, County Cork, Ireland." 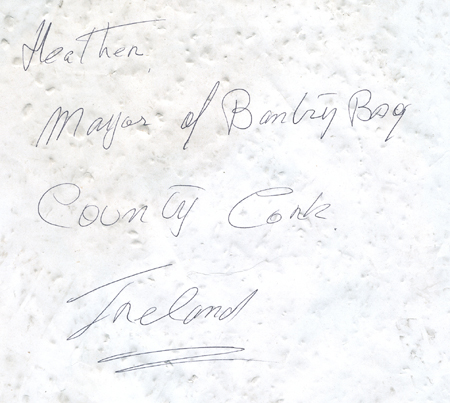 Well, this is definitely not a recent picture, which could explain why I can't find any reference to a mayor named Heather in that city. Still, I find the photo fascinating. What sort of mayor mass-publishes glam shots of herself and signs them for fans? And then, why sign it on her forehead? Why not sign it, say, in the bottom corner on her light-colored jacket? And how did this odd souvenir, kept for some 20 years, end up at the recycling center? Was it at the bottom of a cardboard box that had been sitting, undisturbed, in an attic somewhere until the owner finally recycled it? If only Heather could speak.

The next item appears to be either vintage wrapping paper or, more likely, vintage shelf paper. It's on a printed background that makes it look like needlepoint on burlap, but it's colored ink on paper. The design includes a big bowl of flowers, along with some fleur de lits, partridges, deer and peacocks. 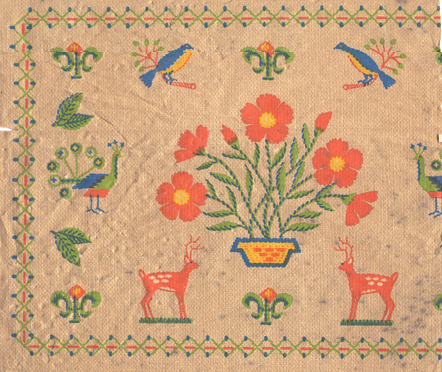 I keep thinking that it would make an interesting graphic for something. I just haven't decided what.

Keeping on the theme of deer, the next found item is a two-sided leaflet produced by the state of Pennsylvania, for visitPA.com [SITE HAS SOUND], a travel planning site. On the front, it has a picture of an elk with a pair of jeans on its antlers. On the back, it says,

My wife told me I shouldn't leave my wet pants to dry on the bush. "They'll get infested with ants," she said. "Or tiger beetles." Earlier that day, fly fishing in the limestone streams that started this whole PA pilgrimage, she warned me just before I flooded my hip waders. Hence the wet pants. So yes, I should have heeded her advice about the bush. But then I wouldn't have the ultimate fish story. The one about the elk that wore my pants.

Around every bend, there's a story waiting to be told. Tell us yours at the new
visitPA.com

Check out the all new visitPA.com with interactive travel tools and story tours to help you create your own PA story. 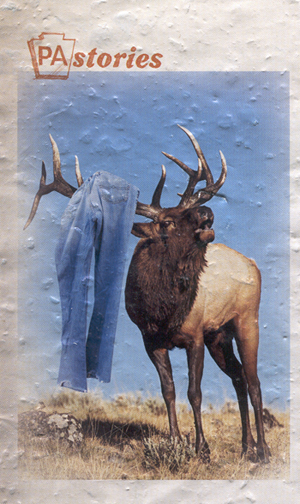 Out of curiosity, I just visited the Web site to browser the other traveler stories. They range from people raving about wine festivals and brew pubs to someone simply typing, "I like pie." I think they could probably do a better job of screening these comments.

Speaking of pie, next is a drawing found near a local school. A talented young artist has sketched out her versions of Charlie Brown, Snoopy, and Woodstock. On the back is an unfinished drawing of Spider-Man. Of course, the reason I included this drawing today is because of Snoopy dreaming of cookies (despite there being a huge bone and a bowl full of dog food). Mmm. Cookies. 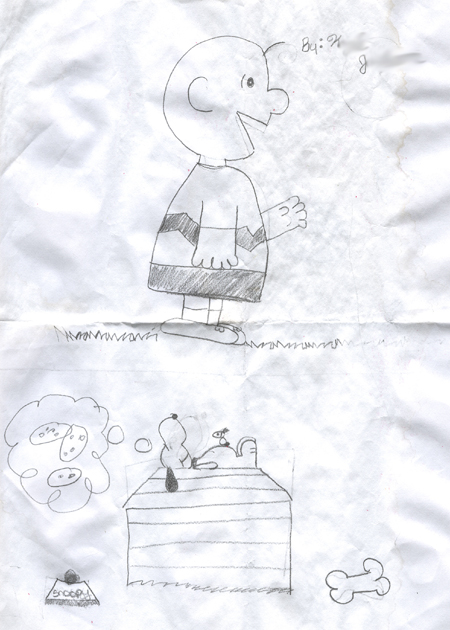 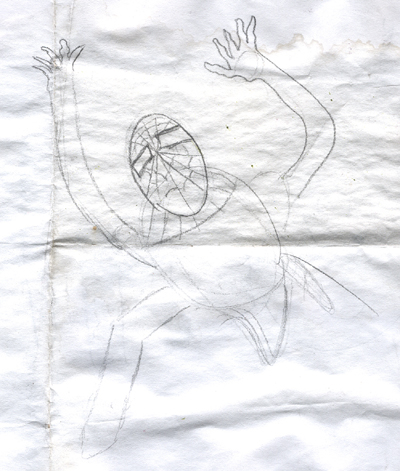 And finally, something I'm sure we all could use: a hall pass. This is a minimalist one, to be sure: simply a green slip of paper with the words "Hall Pass" and a set of initials (presumably a teacher's). 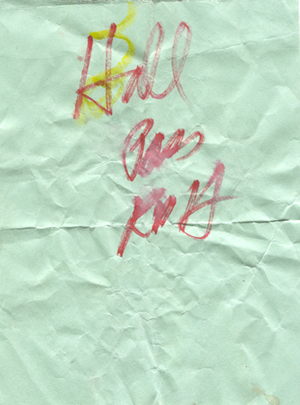 Consider this hall pass my gift to you. Take it and follow your own musings on this Friday.